Bronx Ball was back into full swing Saturday night after the COVID-19 pandemic put it on hold for two years. 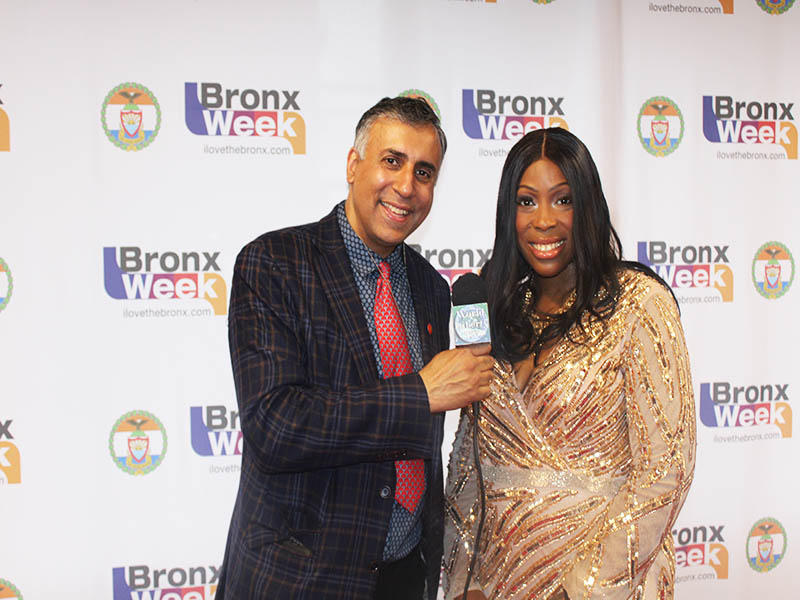 The exciting evening got underway as Borough President Vanessa Gibson and the Bronx Tourism Council hosted the annual event in Hunts Point. 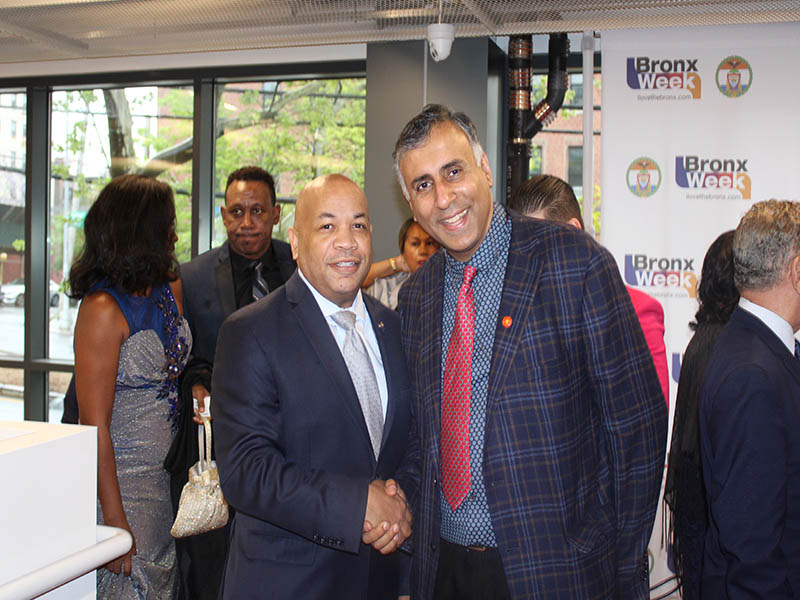 Bronx Ball was back into full swing Saturday night after the COVID-19 pandemic put it on hold for two years.

The exciting evening got underway as Borough President Vanessa Gibson and the Bronx Tourism Council hosted the annual event in Hunts Point. 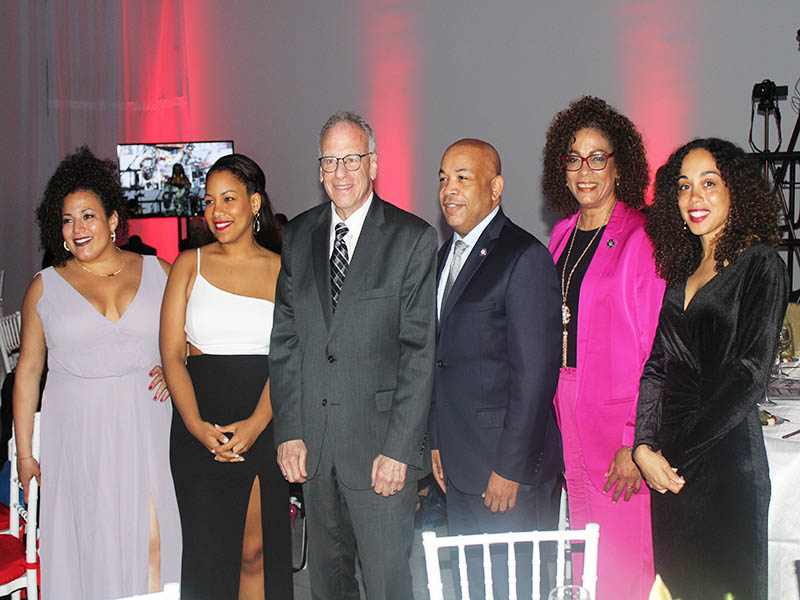 The event also coincided with Bronx Week. The theme of this year’s ball was “History in the Making.”

The ball took place at “La Peninsula,” an affordable housing complex where the Spofford Juvenile Detention Center once stood. The event featured a variety of celebratory elements, from a red carpet to fine dining. 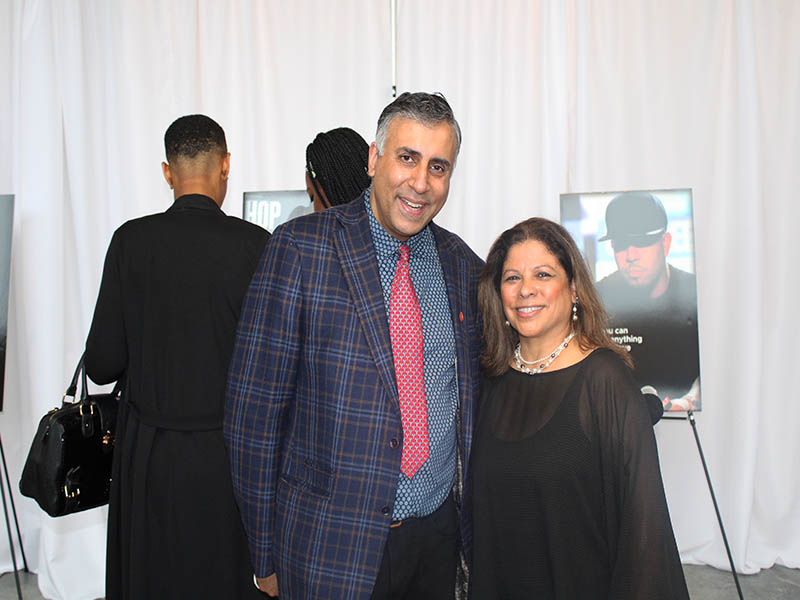 Gibson said the week was meant to highlight the opportunities that the Bronx provides and to help shape the borough’s story. She added that her goal is to move the borough forward in a new direction.

Bronx Borough President Vanessa L. Gibson and The Bronx Tourism Council will co-host the 2022 Bronx Walk of Fame Induction Ceremony and the Bronx Ball, the premier events of Bronx Week and the official celebration of this year’s inductees to the Bronx Walk of Fame. 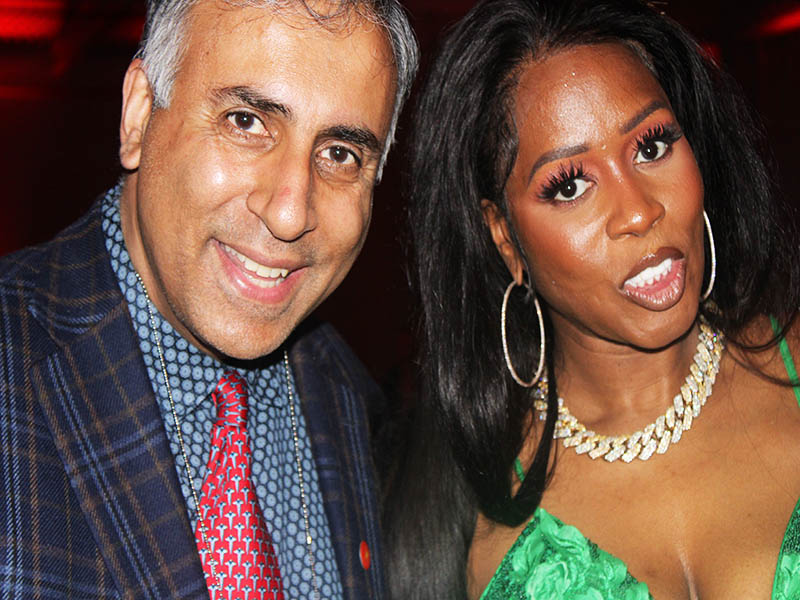 The Huntington Free Library and Reading Room will be the recipient of this year’s Tourism Award, presented annually by The Bronx Tourism Council to an individual or organization that has worked to bring new visitors to The Bronx. 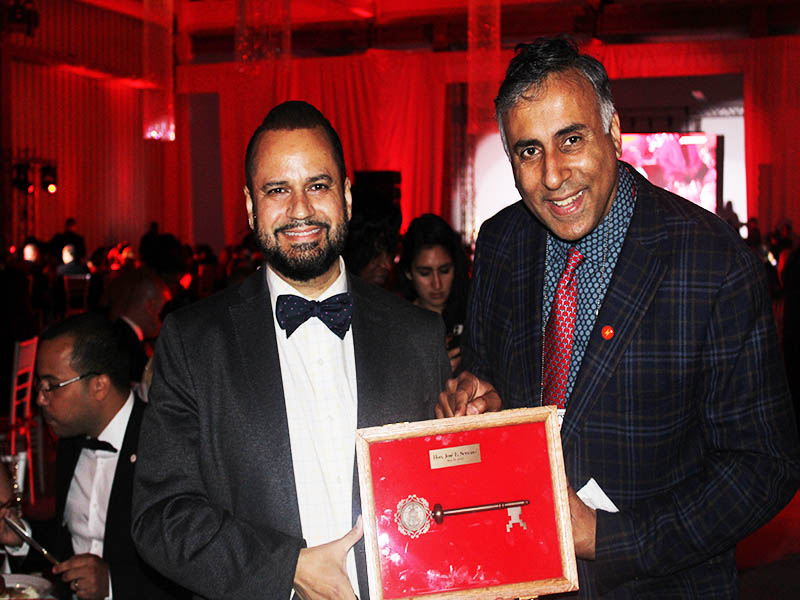 The event is part of Bronx Week 2022, the borough’s annual celebration of the culture, beauty and institutions in our borough.A parade, a festival and a concert are scheduled for Sunday to close out the Bronx Week. 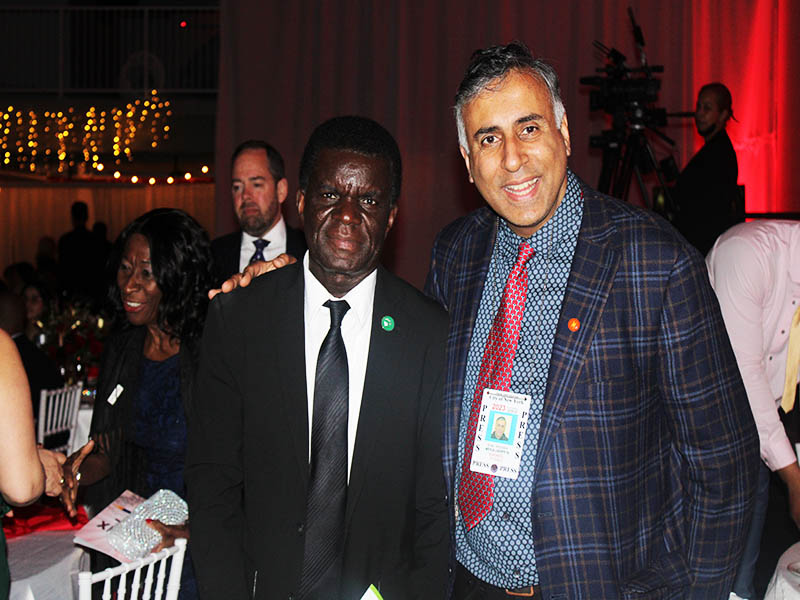 Established in 1997, the Bronx Walk of Fame has served as the premier honor that can be bestowed upon any Bronx native, with past luminaries including Prince Royce, Chazz Palmintieri, Fat Joe, Swizz Beats and over 120 other heros and sheros of the borough. This years honorees are television director Eif Rivera, actor Luis Antonia Ramos, and rapper Remy Ma. 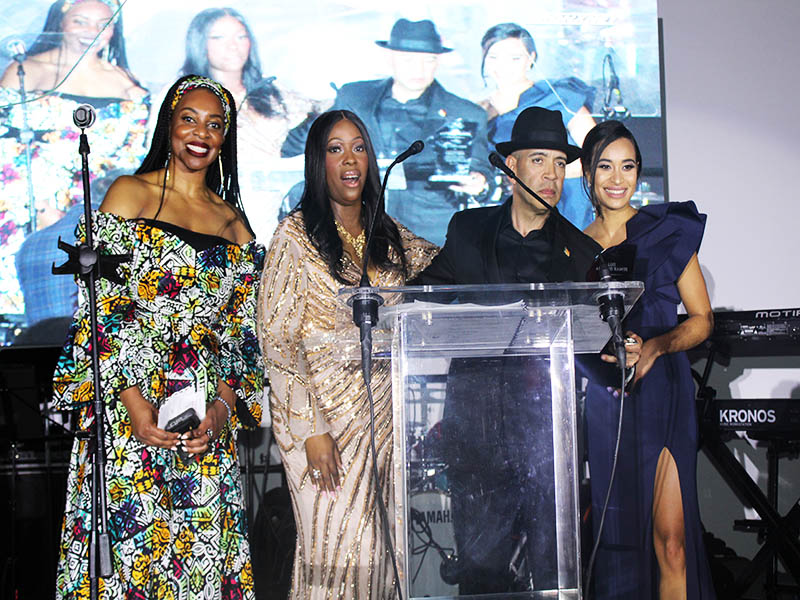 This Year’s Inductees: EIF RIVERA: was raised in the South Bronx and is of Puerto Rican descent. He began illustrating comic book characters at a young age using different mediums to bring his work to life. His obsession for art and music led him to the passionate and thriving world of Hip Hop culture.

He attended the NYC High school for Art and Design and made music Industry connections which led him to create logos, album covers & campaigns for the Hip Hop Community like the iconic Big Pun logo and the wildly successful logo for Young Jeezy’s Snowman. 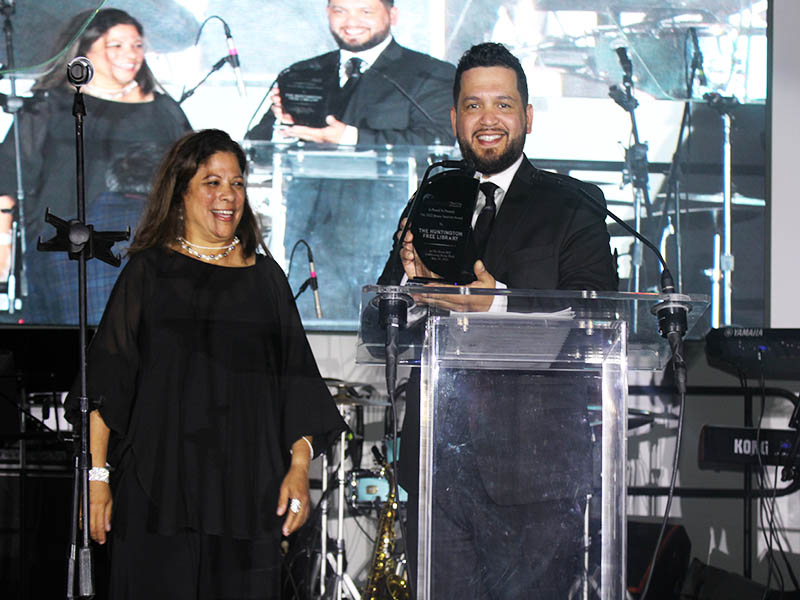 He is now a TV Episodic Director with his first Directorial debut on the Starz / Lionsgate network. His portfolio of work includes directing “Raising Kanan,” “Black Mafia Family,” and “Bobby Brown Story,” to name a few. He won the Video of the Year award in 2020 CBS/BET network awards show. Video of the year 2019 Latin American Music Awards along with Dj Khaled’s Grammy win for” Higher” featuring John Legend. He has amassed over 2 Billion Youtube views for just two videos alone! Cardi B’s ” I Like It” and Justin Biebers ” I’m The One”.

LUIS ANTONIO RAMOS: was born in San Germán, Puerto Rico, this next inductee was raised in The Bronx. He is known for his role in the American Drama series “Power” and for his work in Spike Lee’s “Do the Right Thing” and in the sitcom “Martin.” 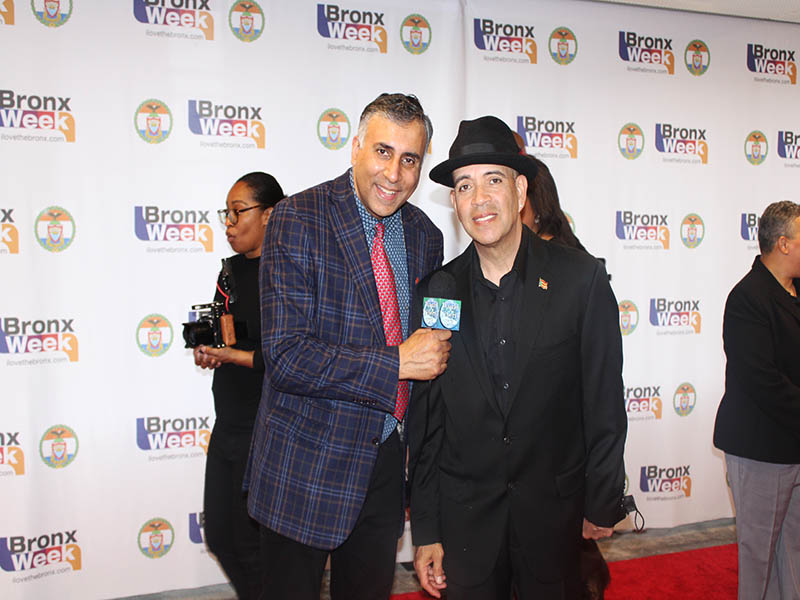 He had recurring roles in several television shows such as on “In the House”and “Ink,”and guest-starring roles on “NYPD Blue,” “Just Shoot Me,” “The Drew Carey Show,” “The Jamie Foxx Show,” “New York Undercover,” “Mad About You,” “Law & Order” and “Miami Vice.”

He starred in the film “Miracle In Spanish Harlem,” in which he played a single father of two young girls and on USA Network’s The Huntress. His TV Movie career includes “The Other Side of Dark,” “Mothershed or Berndt,” “The Anissa Ayala Story,” and “Nails.” 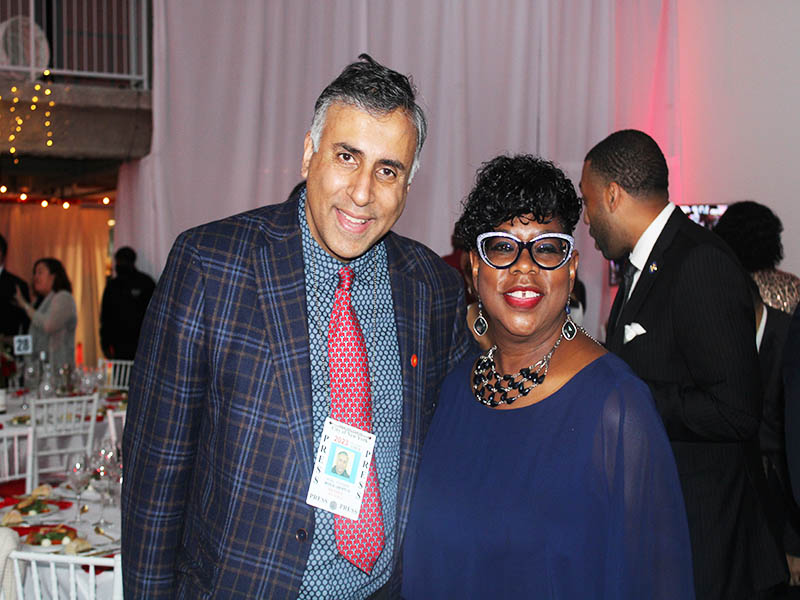 He is the recipient of the “Helen Hayes Award” for Best Actor for his performance in the play “Stand Up Tragedy.” His additional theater work includes “Dancing on Her Knees,” “Cloud Tectonics,” “Romeo and Juliet,” “Tears Will Tell It All,” “Widows,” “Richard II,” “Henry the IV,” “Pendragon,” “The Sound of Music,” “A Midsummer Night’s Dream,” and “Latins from Manhattan.”

REMY MA: was born in The Bronx and grew up in the Castle Hill Projects. She started writing poetry at a young age and her work caught the eye of Big Pun. She began her career singing on Big Pun’s album “Yeeeah Baby.” 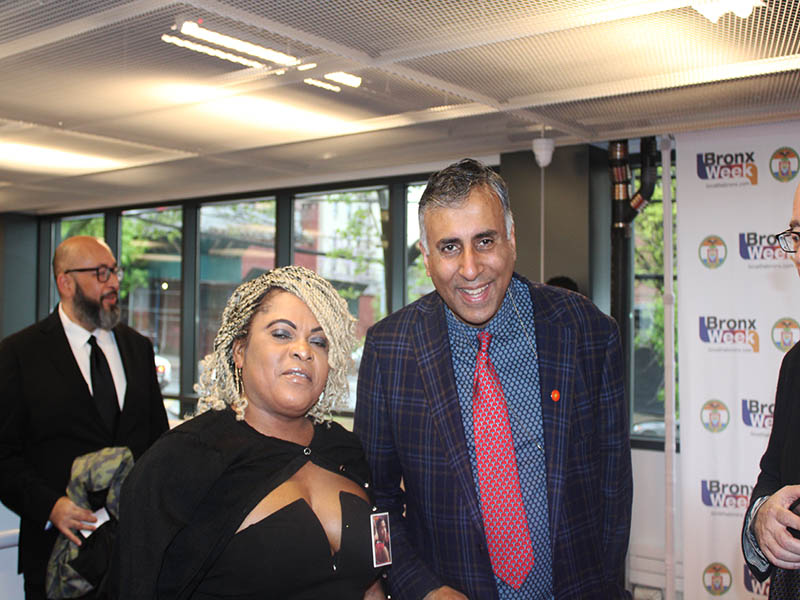 After the untimely death of Big Pun, rapper Fat Joe signed her to his imprint label under SRC and Universal where she became a member of his hip hop group “Terror Squad.” She appeared on their second album, “True Story,” Their single, “Lean Back”, which topped the Billboard Hot 100 for three weeks and earned her a Grammy nomination.

In 2006, she released her debut album “There’s Something About Remy: Based on a True Story,” which was supported by the singles “Whuteva”, “Conceited” and “Feels So Good”. 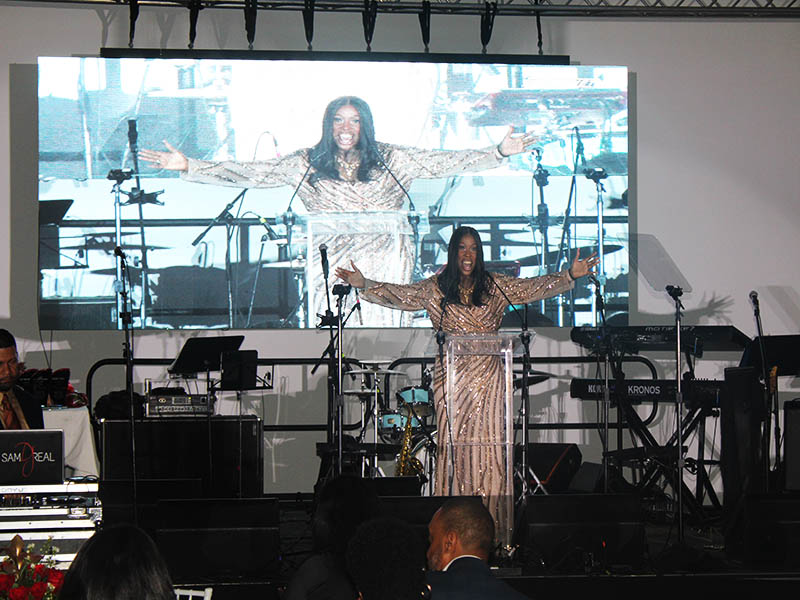 She continued to work with Fat Joe and recorded “All the Way Up”, receiving platinum certification from the Recording Industry Association of American, and two Grammy Award nominations.

Last year she starred in the film “6:45,” horror film that was directed by Craig Singer. 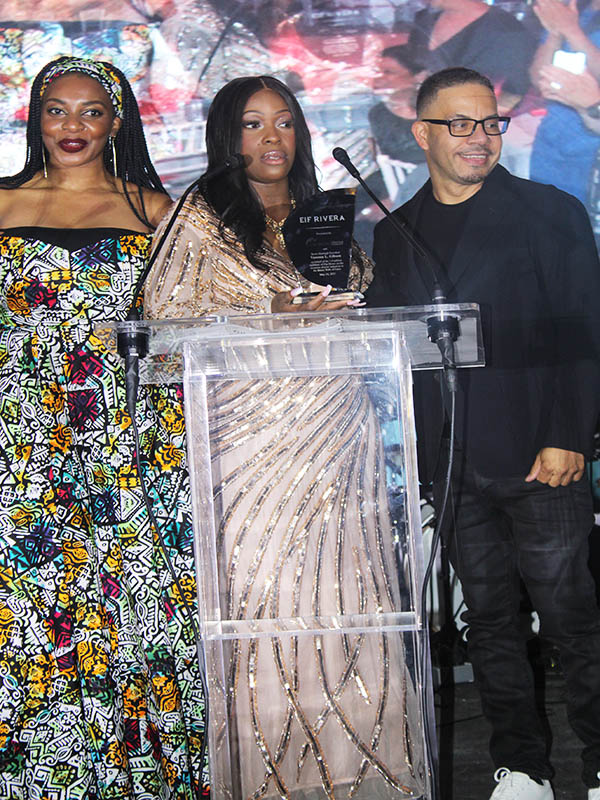 Hundreds of people were in attendance, from all over the Bronx’s From Business People to political leaders and community leaders, supporting the great borough of The Bronx, this was World Liberty TV’S 10th Annual Appearance covering the Bronx Ball in our World Liberty TV. 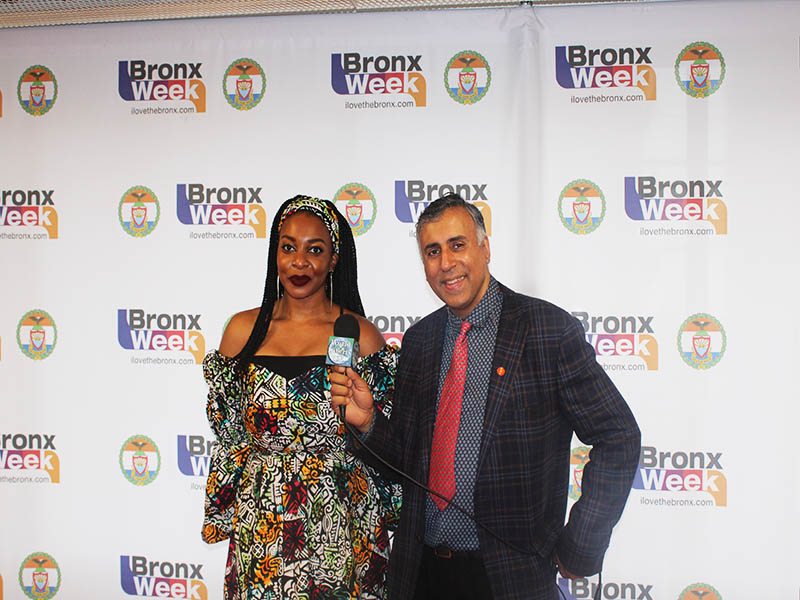 Dr Abbey with Ojinka Obiekwe of Pix 11 & Emcee of Event

We want to thank, Vanessa L.Gibson , First African-American Woman, and First Woman as the Bronx Borough President, who has already shattered the glass ceiling, it seems she has a lot of wonderful ideas of helping Bronx to become a powerhouse, her heart and soul is in the right place.