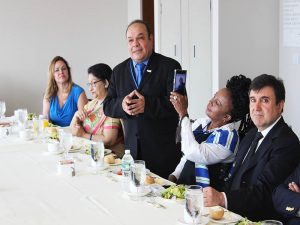 Dr. Garcia was the Permanent Representative of El Salvador to the United Nations, in New York. He has a combined diplomatic experience of over 20 years.

He also the co-founder and Secretary General of the United Nations Association of El Salvador. Prior to his appointment as the OPAD UN|USA, Latin American and the Caribbean, has work in several humanitarian organizations and represent them in the United Nations in New York. He has received several outstanding awards and recognition by the United States’ Senates and received the USA flag as an honored diplomat. Recently he received the United States’ Senate Proclamation, which certified his credibility. 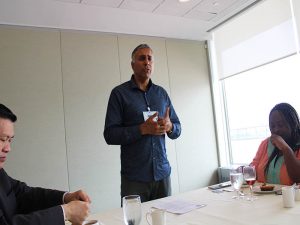 OPAD aims: to improve the standard of living for all people by recognizing them as resources and not as victims. Our programs work toward the promotion of the economic and social livelihoods by empowering the people in the fight against poverty. 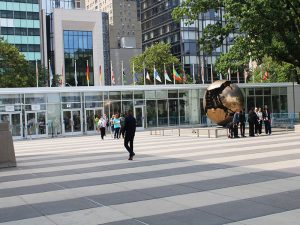 Simultaneously we enable people, young and old, to actively participate in their community by providing them with opportunities for knowledge and access to resources. 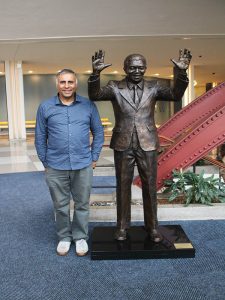 The main problem was inadequate resource ownership among men and women which is associated with money, body and education. 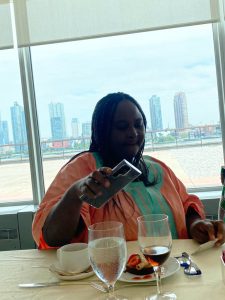 Project Goal:The purpose of the project will ensure that community knowledge on Violence against Women improved. While the project goal ensure that women and men in Kisii, Kakamega, Migori, Kisumu and Siaya counties will have equal access to resource ownership that will be instrumental to change people’s attitude. 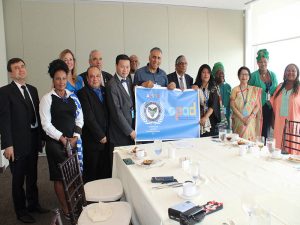 Close to Twenty people were invited to the United Nations Delegate Room, to speak about the same principles of the Org for Poverty Alleviation and Development., (opad). The purpose of the event was to speak about different topics aligned with opad’s mission. World Hunger, Sustainability, Technology, Clean water. 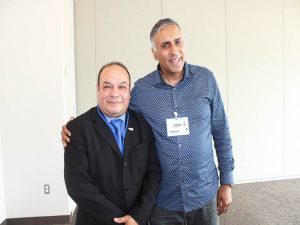 Ambassador ,Dr. Carlos  Garcia, Secretary General of United Nations Association of El Salvador and President and CEO, opad El-Salvador. Amb. Carlos opened with remarks thanked all for being in attendance at his luncheon, he went on to say, he was very happy to have a group of business people, NGO’s , Doctors, Media Tycoons, Teachers and many more. 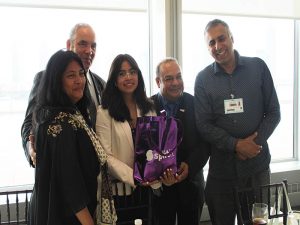 Dr.Adal making a Special presentation to Amb. Garcia and his group

The following spoke on different topics, Irene R.Delgado,Phd. Spoke on the Topic Teachers and Social, media, next speaker was Dr Mashul Hassan MD, who spoke on the topic of Bangladesh, a former Veteran , he also went to speak about COVID-19. 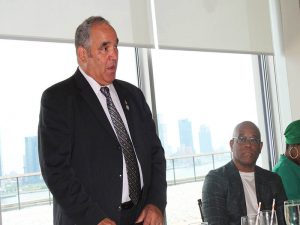 The Next speaker was Boris Davidoff, president Clear World Corp, he was talking about clean water and how his company can help companies about getting fresh water to many countries who do not have fresh clean water, with his technologies. 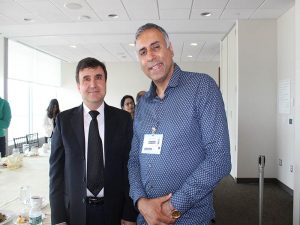 Mr. Dash Former NYPD , officer spoke on his relationship with Ambassador, Carlos how they had worked with many churches here in USA as well as El-Salvador. 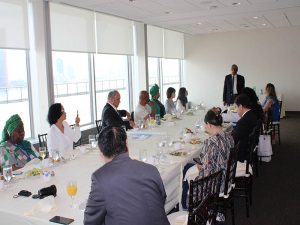 Keynote Speech was by Dr.Adal M.Hussain, Founder of Humanitarians of the World Inc, (HOTWINC), and publisher and Chief Editor World Liberty TV. He spoke about the 44 years he has been a humanitarian how, HOTWINC, had helped close to 1 million people worldwide. He never charged any money for his services. 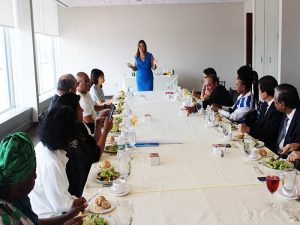 Irene R.Delgado one of the speakers

Dr.Hussain also went on to say, we have helped close to 1 Million Children around the World, by giving them basic items, Food, Water, Clothing and Toys . He finished by saying we have started the World’s first ever Humanitarian Hall of Fame (TM), honoring humanitarians around the world, by giving them a medal and inducting them in the Hall of fame. He also went on to say Farida Yasmin, Executive Producer of Newly formed, American Azaan International TV, who will be debuting it very soon, showing many programs in Bangladesh, and at the United Nations. 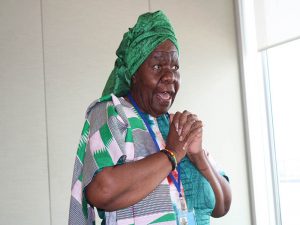 See all of the keynote speeches in our World Liberty TV, Humanitarian Channels and blogs by clicking here.