Seventy years ago, friends of The Salvation Army came together to celebrate the holidays and acknowledge the efforts of good people in an event that would become an authentic New York City holiday tradition — The Salvation Army Greater New York Division’s Annual Gala. 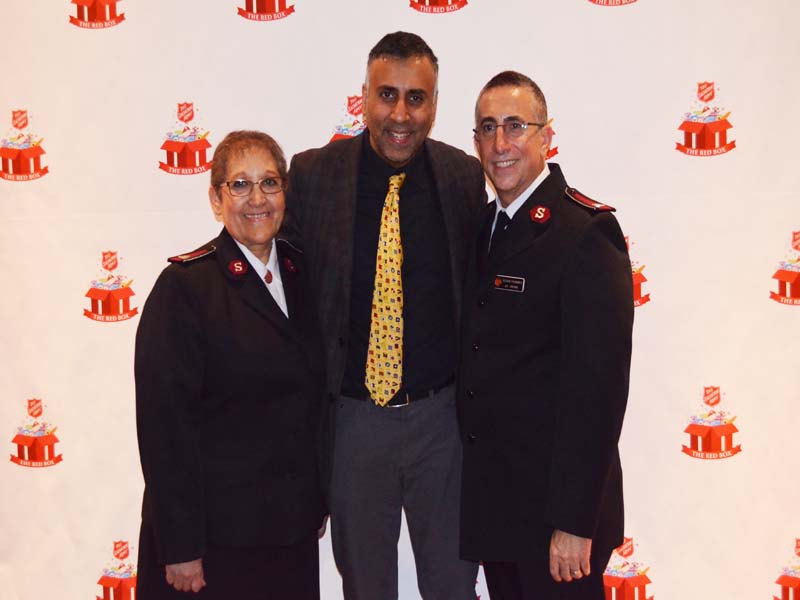 This year’s 70th Annual Gala continues this tradition, while also serving as the kickoff of The Salvation Army 2017 Red Box Campaign, which raises funds in support of the vast network of human services The Salvation Army provides during the holidays and all year long. Services like soup kitchens, food pantries, homeless shelters, day care, emergency-disaster services, HIV health services, seniors programs, street outreach, and much more. 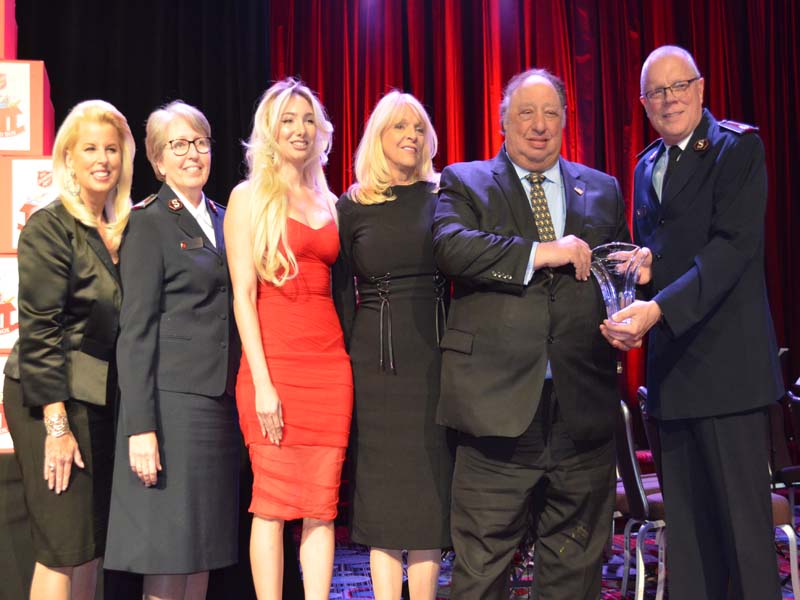 During the holiday season, the Red Box Campaign also provides boxes and other containers overflowing with toys, non-perishable food, clothing, toiletries and other gift items for at-risk children and adults throughout the Greater New York area. 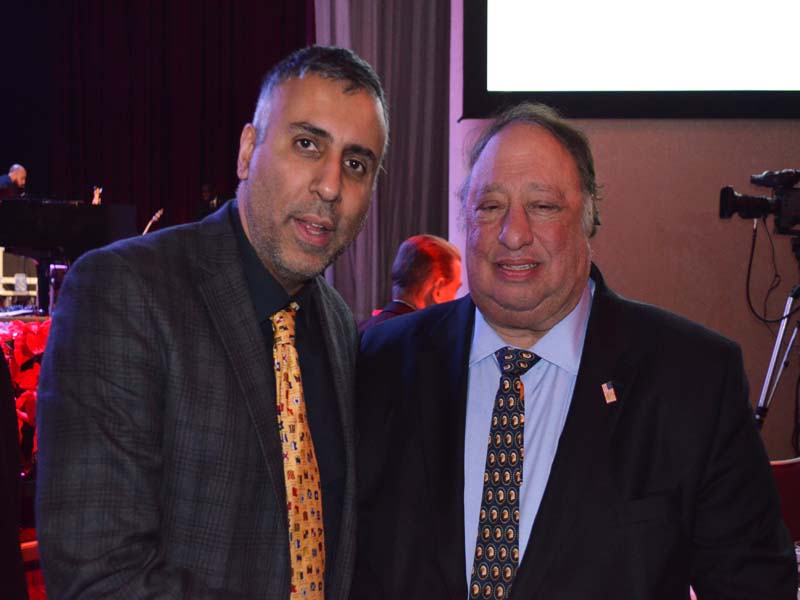 John was born on the Greek Island of Nisyros in 1948 and 6 months later his parents emigrated to New York City in search of a better life. They settled on 135th Street in Harlem and his father found work as a busboy and his mother was a stay-at-home mom.

John is a true son of New York; he was educated in both the parochial and public school systems earning his high school diploma from Brooklyn Tech. John enrolled in New York University to study electrical engineering; going to school during the day and working in a small grocery store on nights and weekends to help his parents pay the bills. During his senior year, with just 8 credits remaining, John dropped out of NYU to work in the grocery business full-time. By his 25th birthday he was already a success with 10 Red Apple Supermarkets scattered along Broadway on Manhattan’s Upper Westside. 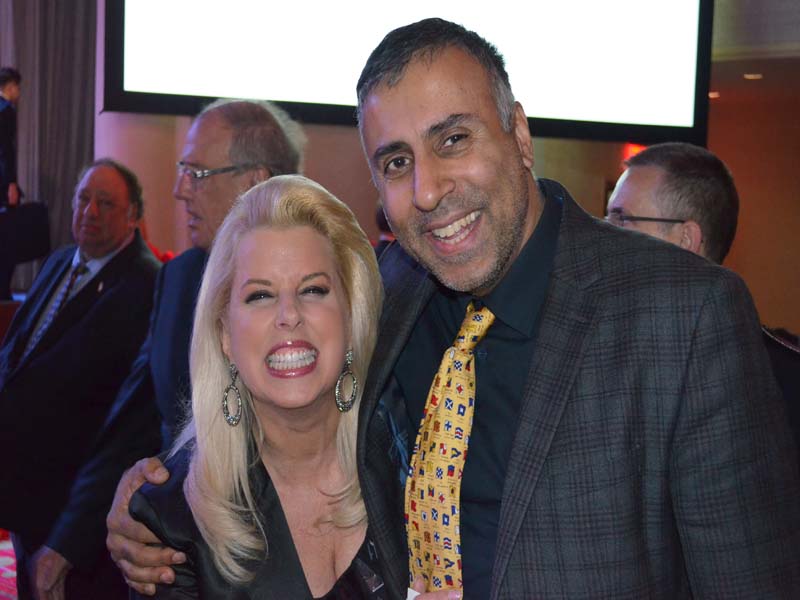 Now, four decades later the Red Apple Group has evolved into a diversified corporation that has holdings in the energy, aviation, retail and real estate sectors and over 8,000 employees, with approximately 2,000 located in New York City. John and his wife Margo Catsimatidis live on Manhattan’s Upper East side and are parents to 2 grown children; Andrea and John Jr. 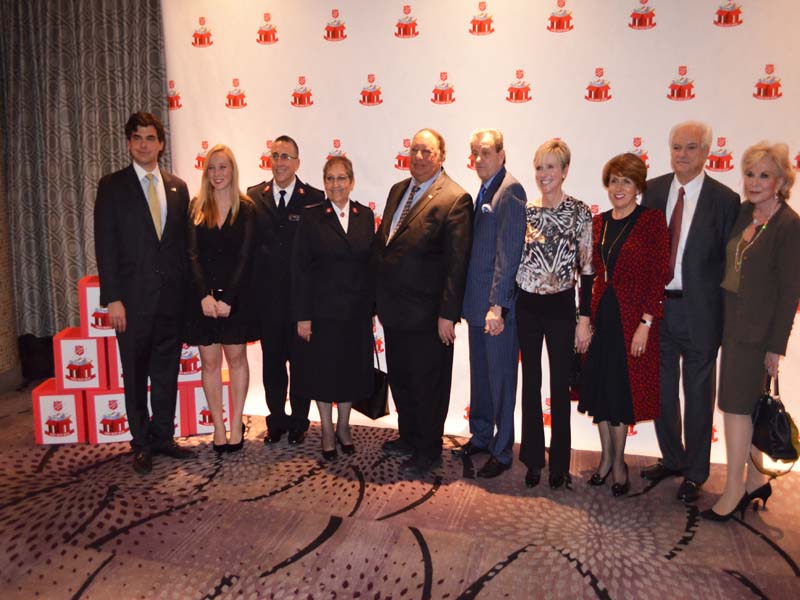 Guests in attendance at Gala

John is a firm believer in giving back to the community and has been a strong supporter of the Police Athletic League for nearly 30 years.He serves on the Board of Columbia Presbyterian Hospital, the Hellenic Times Scholarship Fund, and over the years served in a variety of volunteer positions in the Greek Orthodox Church.

Mike Yung New York City Subway Singer; Contestant, America’s Got Talent  was the Headline Performer. Rita Cosby, Emmy-Winning TV Host, Radio Star and Best Selling Author was the Emcee for the night, close to 300 people were in attendance  ,for a great cause. 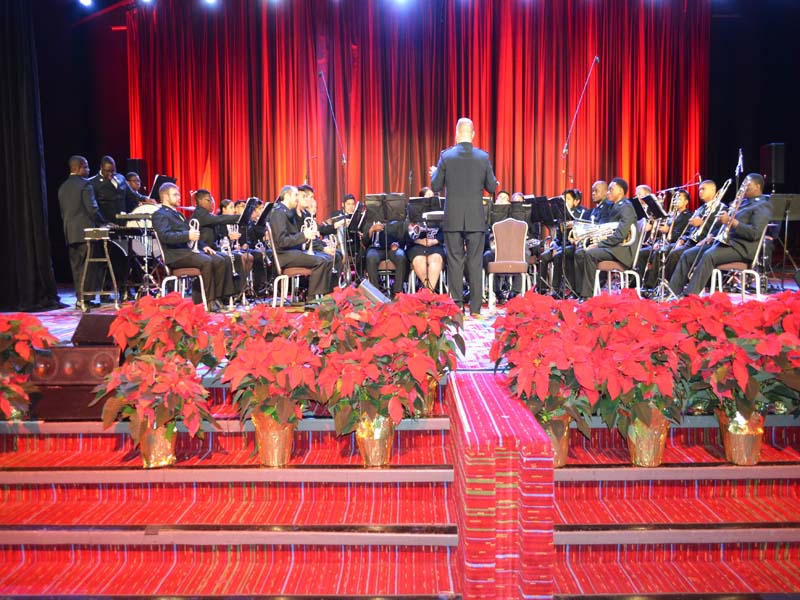 The Salvation Army’s services of evangelism and social action began in East London, England in 1865 by Methodist minister William Booth and his wife, Catherine. The Booths’ desire to share the gospel took shape amidst a city ridden with poverty and despair. They quickly set aside their conventional church methods to meet the people where they lived and toiled – on the streets. Their socially-conscious work was aggressive and innovative, venturing where few churches were willing or able.

The Salvation Army has a long history of providing services to adults in the Greater New York area. In 1891, The Salvation Army opened its first men’s food and shelter depot in Greenwich Village, and an equally large shelter for women, The Daybreak, opened in the Bowery. From these two facilities, the Army’s adult programs have grown and developed to meet changing needs. 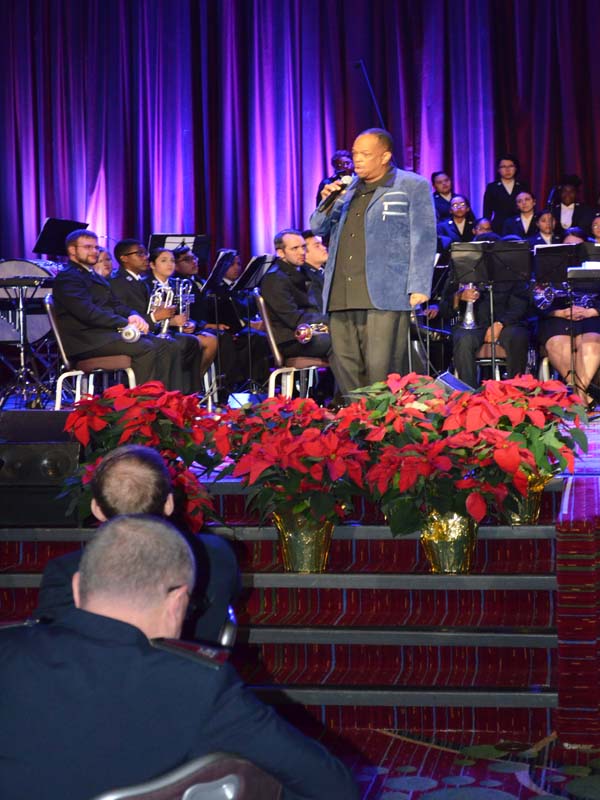