This October, the largest-ever delegation of top Chilean officials  visited the United States as part of the country’s inaugural Chile Week USA, a collaboration of political and business leaders from Chile’s public and private sectors, and a celebration of the people and places that make Chile an exciting destination, resource, and partner to American interests abroad. 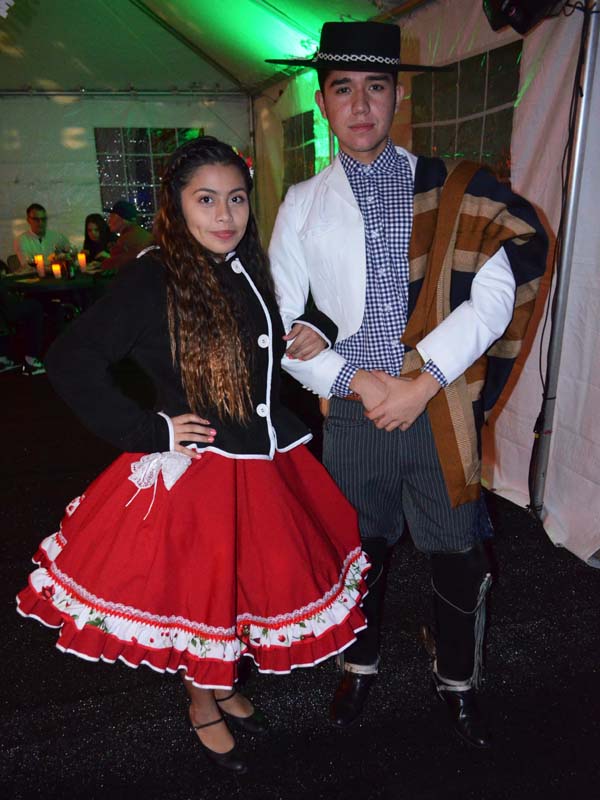 This high level delegation led by the Minister of Foreign Affairs, Heraldo Muñoz Valenzuela  visited  New York City, Miami and Philadelphia, hosting a series of events that  highlighted  Chile’s unique advantages and opportunities in the contemporary global marketplace. Chilean wine and food  complemented  trade and investment seminars, working lunches and bilateral meetings in key areas such as agriculture, agri-food, services and tourism. Chilean officials who were  in attendance for events in New York City included: 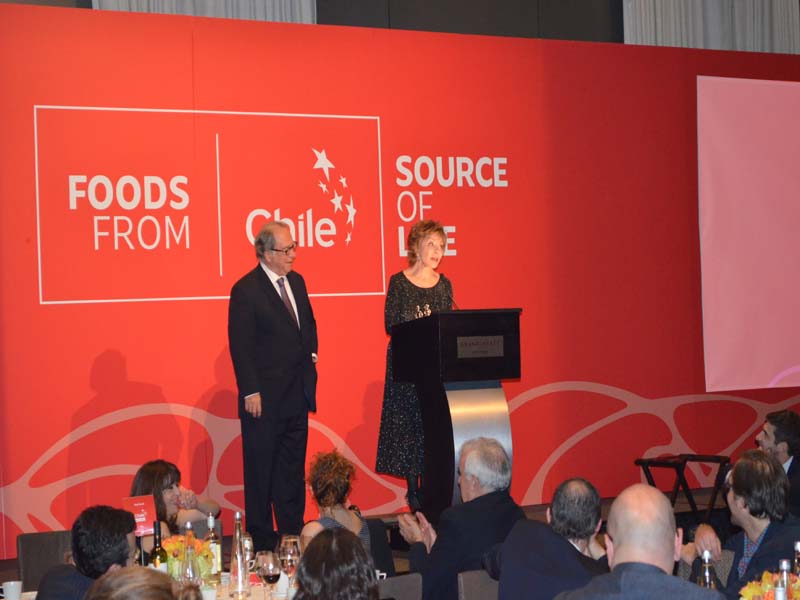 Chile Week USA  provided greater New York’s business community the chance to learn about Chile’s robust and sophisticated business climate that has brought the country to the leading edge in growing manufacturing industries. Representatives from forest and lumber companies, and a talented service sector engaged in everything from finance and IT to animation and cinema, and spoke  to Chile’s commitment to sustainability and innovation that make it an ideal resource for American businesses in need of top quality raw materials, creative solutions, or staffing.

Chile’s Service Sector : A focal point of Chile Week USA will be visiting entrepreneurs and business owners that represent the highly-educated and empowered workforce that make Chile an affordable and dependable resource for professional service centers in a variety of fields. Its close proximity to North America and a Spanish-speaking population make Chile a convenient and practical solution for IT or customer service. In 2015 the United States represented the main destination market for service exports valued at $233 million. Computing and IT were among the fastest growing services representing $156 million – a 13% increase over 2014. Free trade agreements with over 60 nations around the world and one of the most stable economies in South America are additional advantages for the financial sector, which will be greatly impacted by the global action surrounding the Trans-Pacific Partnership and the ongoing agreements among Pacific Alliance nations. 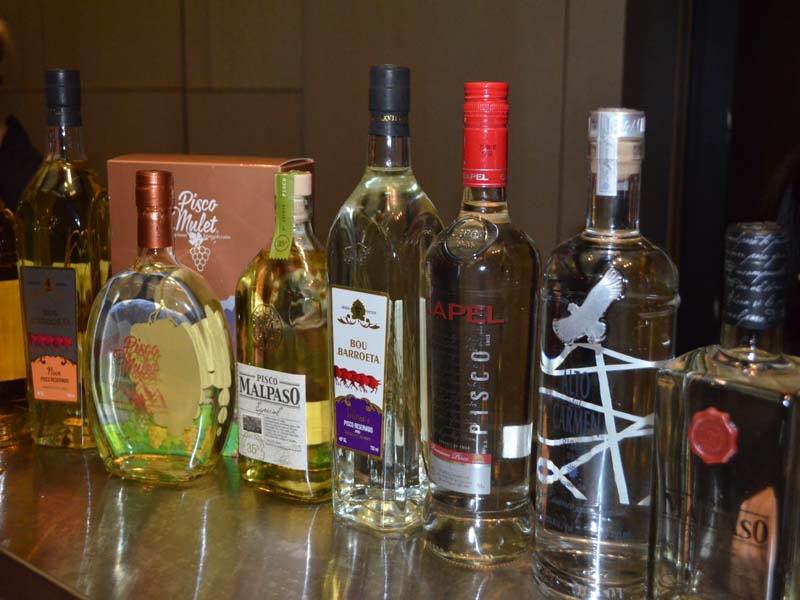 Chilean food and beverage : exports are one of the fastest growing export items for the developing country, having doubled in value from 2005 to almost $15 billion in 2015. In 2015 Chile exported $3.6 billion of food and beverages to the United States alone, making up about 24% of the country’s total food and beverage export. During Chile Week USA, seminars will connect local leaders with Chilean growers, wine and spirits producers, and exporters that can speak to the important role Chile’s agriculture industry plays on American consumer choices year round. 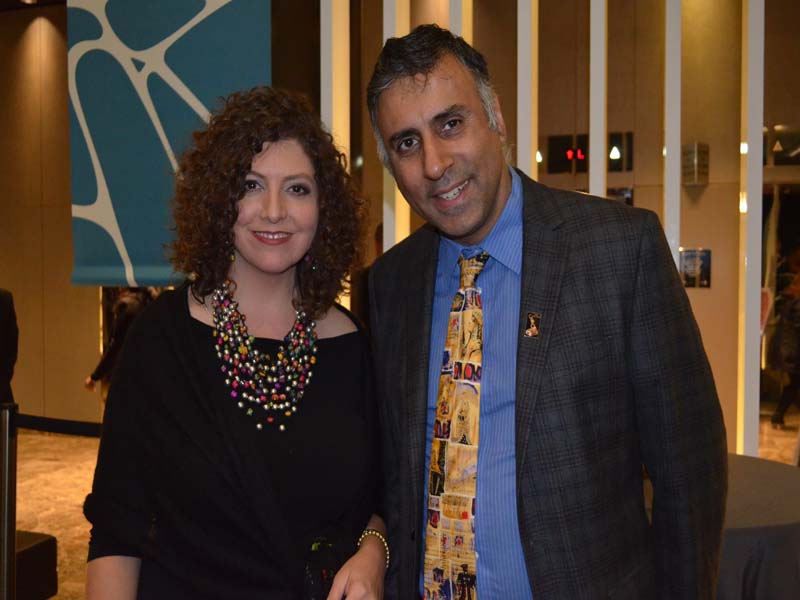 Chile’s Animation Industry :Joining the delegation will be Daniel Castro, winner of a 2016 Academy Award for the animated short film “Historia de un Oso” or “Bear Story,” a dramatic piece that captures stories of Chile’s past. The Oscar win, and the country’s new partnership to create original content for Cartoon Network, demonstrate the momentum of Chile’s animation industry, which is currently one of the fastest growing in the world. Castro will represent Animachi, Chile’s Animation Association, which is a collaboration of the growing independent studios and freelance artists that are putting Chile on the map with major projects projected in 2017 and beyond. 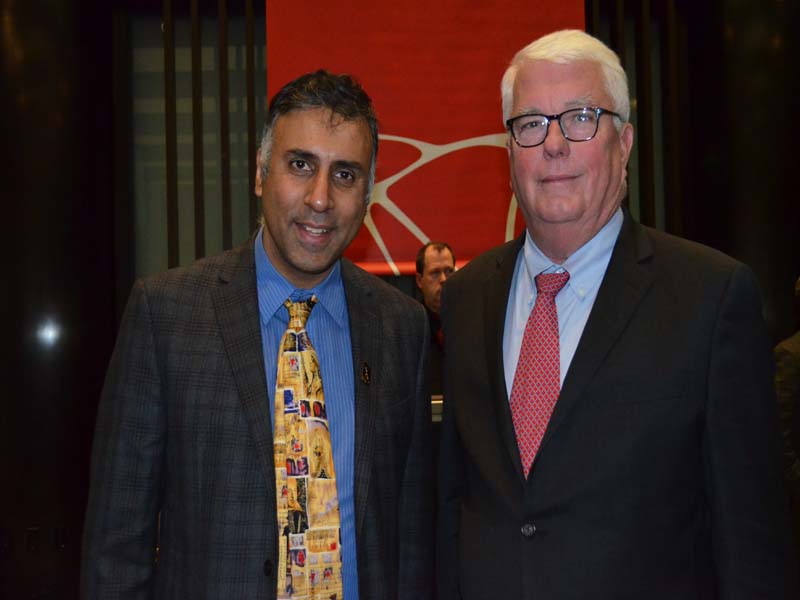 World Liberty TV, Business  Channel  team  was on hand at the New York Event ,where we had the pleasure of meeting many of the Government officials, Business leaders and people doing business with Chile, see more in our World Liberty TV , Latino Channel.