For the past three decades, Eric L. Adams has served the residents of the city of his birth as a police officer, state senator and coalition builder. In November of 2013, he was elected to represent all of Brooklyn as borough president. Born in Brownsville and educated in the City’s public school system, Eric is committed to ensuring Brooklyn’s bright future by helping each and every Brooklynite reach his or her full potential. 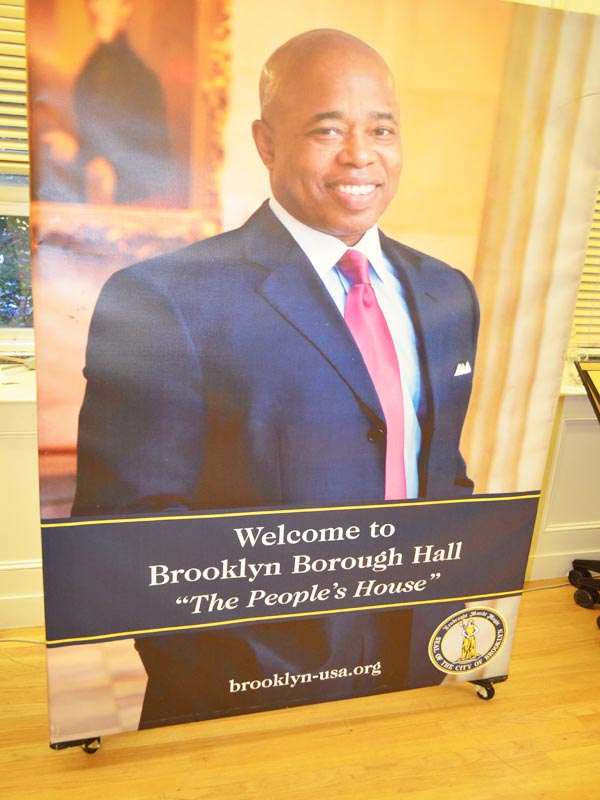 BBP Picure says it all

Throughout his career, Eric has been an effective advocate for Brooklyn, bringing people and communities together to create progressive change, and working with both the private and public sectors to invigorate the borough’s economy by encouraging job growth and investment in every neighborhood. 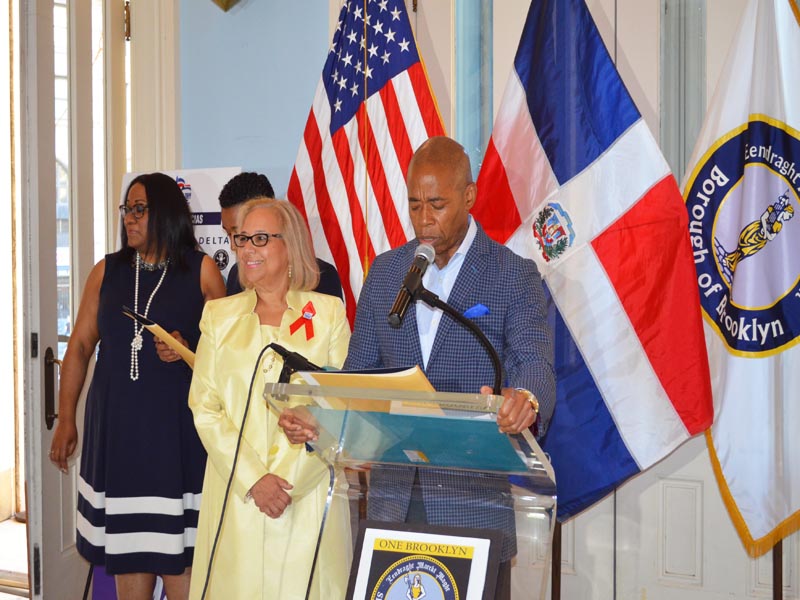 Whether his beat was on the street or in the halls of government, Eric has always looked out for Brooklyn’s working families and sought to protect our most vulnerable residents. He believes that government works best when everyone has a chance to be heard, and he has resolved to use his office to provide an opportunity for diverse groups to work together for the common good.

Since the beginning of his first term as the highest-ranking elected official in America’s fourth-largest city, Eric has worked to make the popularity of Brooklyn’s brand translate into prosperity for the over 2.6 million Brooklynites that call the borough home. 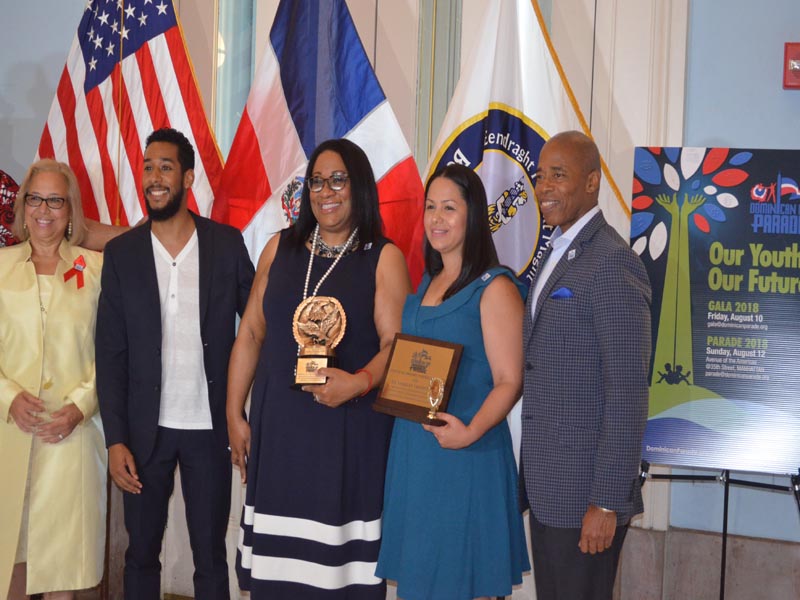 Helena A Grant Honoree with Guests

He is a big believer in the power of connections, of bringing together people in need of services with resources that have long existed but have been underutilized. Eric has opened Brooklyn Borough Hall in ways that it never has been prior, allowing thousands of people to connect for the first time with government and civic life. His agenda cannot be defined by a short list of issues: he is committed to addressing the wide range of concerns facing Brooklynites.

In his career as a police officer with NYC Transit and the NYPD, Eric made the kind of life-and-death decisions that reflect his insight, expertise, and poise under fire, resulting not just in his promotion to captain, but earning him the reputation for going above and beyond the call of duty. In 1995, he co-founded 100 Blacks in Law Enforcement Who Care, an initiative that not only improved NYPD/community relations, but raised funds for worthy causes throughout the city. 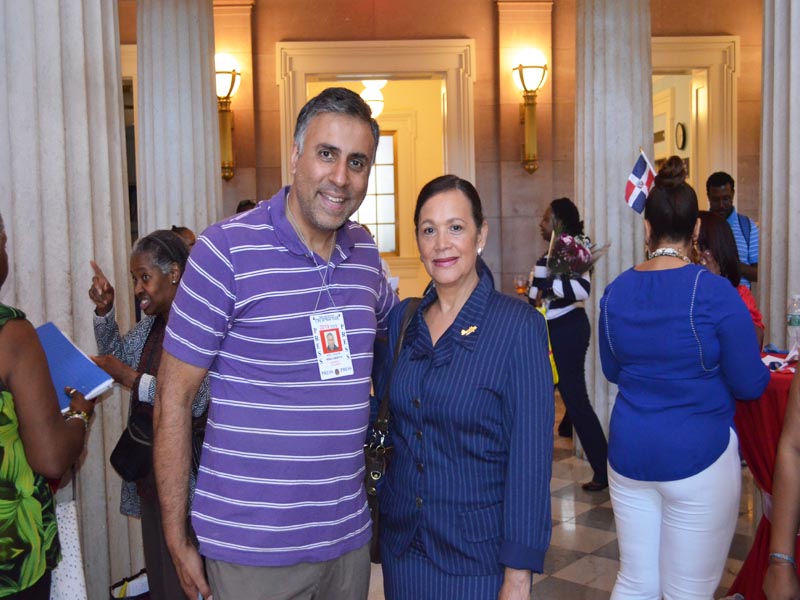 From 2006 until his election to borough president in 2013, Eric represented the 20th Senate District – which includes Borough Park, Flatbush, Crown Heights, Park Slope, Prospect Heights, Sunset Park, and Windsor Terrace, working tirelessly to address a broad range of issues affecting constituents, from civil rights and public safety to transparency in government and quality of life. 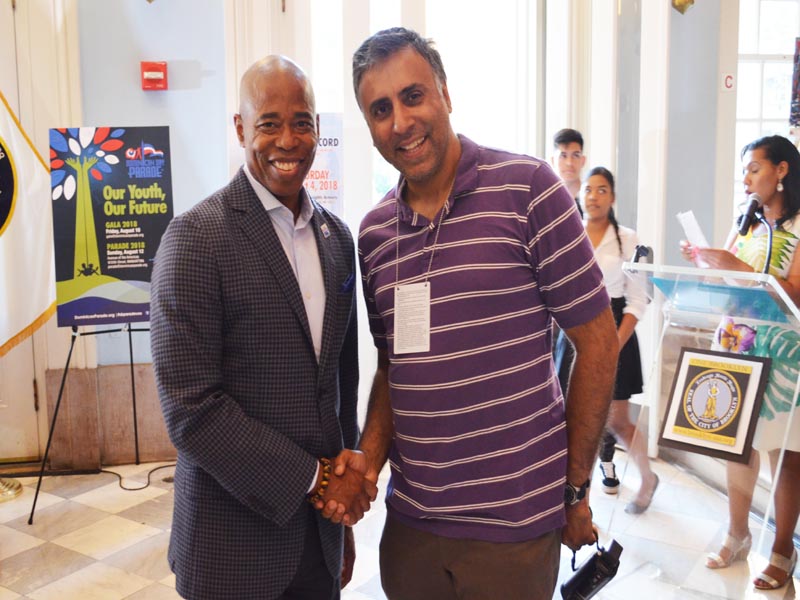 He organized support against the NYPD’s controversial “stop and frisk” policy, and led efforts on behalf of gun control. As a legislator, Eric’s record in the New York State Senate was one that underscores his strong commitment to the rights of those from every walk of life, including protecting the right to privacy, supporting marriage equality, defending a woman’s right to choose, as well as fighting for students’ rights, workers’ rights, and animal rights. His work involved efforts to prevent racial profiling, gender discrimination, domestic violence, and elder abuse. 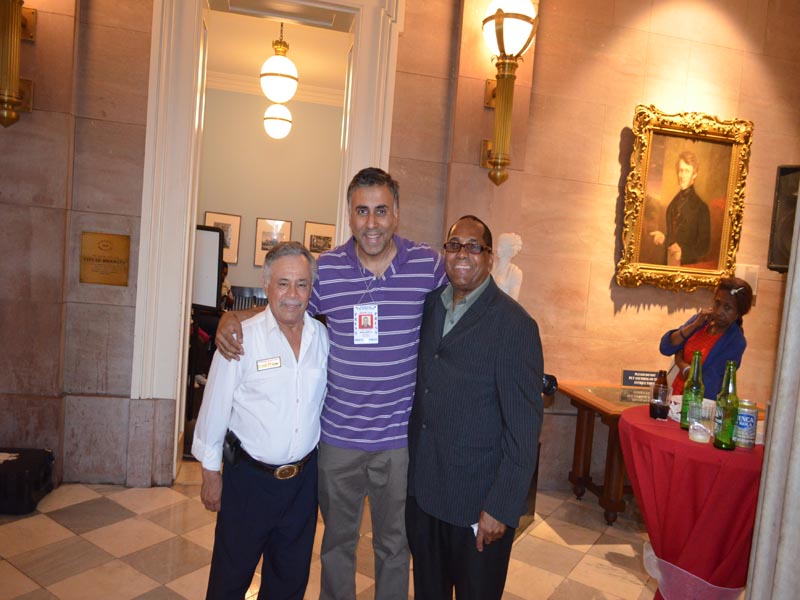 He also proposed legislation to reform campaign financing, address inequities in sentencing depending on the crime, restrict outsourcing, and improve the availability of quality health care and affordable housing. Throughout his legislative career, Eric championed community and economic development in his district and borough-wide.

Eric has also served on the board of the Eastern District Counseling Service, an organization assisting former substance abusers to live productive lives without dependency on drugs or alcohol. 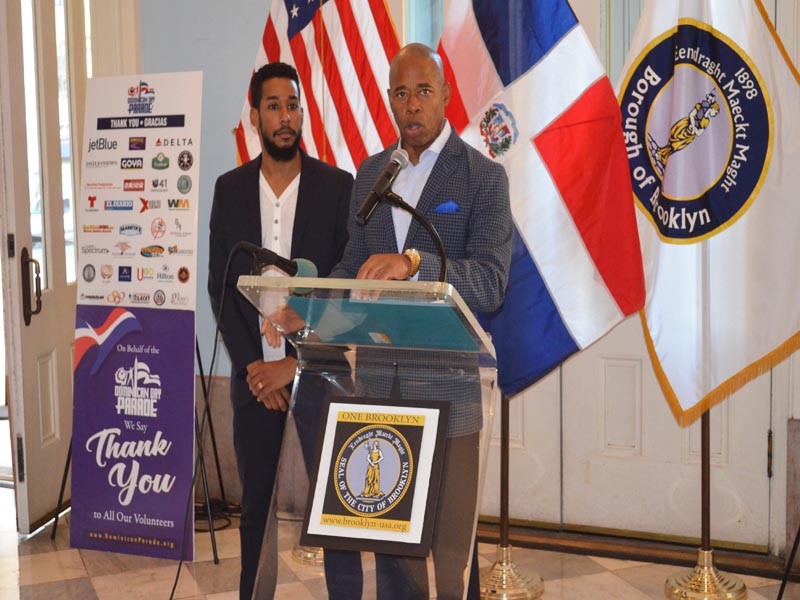 Eric maintains residences in Bedford-Stuyvesant and Prospect Heights, where he has resided for over twenty years. He enjoys riding the streets of Brooklyn on his bicycle, meditation, and exploring new cultures and places. 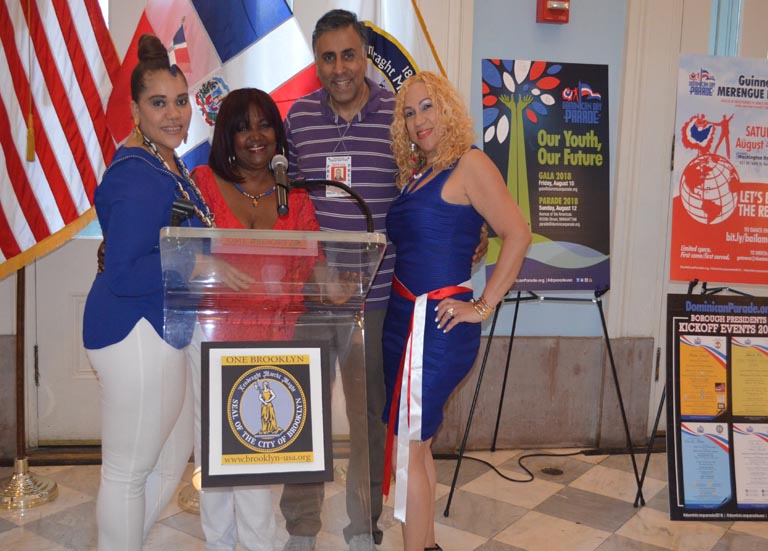 The Program started with Wilton Cedeno ,welcoming guests and playing of the Dominican National Anthem. Remarks were made by Eric Adams , Brooklyn Borough President , Council member Antonio Reynoso , presented award to ,Helena Grant ,who is an Director of Midwifery at New York University School  of Medicine /Woodhull , she received the Adopted Dominican Award, next honoree, was introduced by Mrs Maria Khury ,Chairwoman of The Dominican Day Parade (DDP), presented The Dominican Brooklyn Borough Award  to Yamilky Crisostomo. 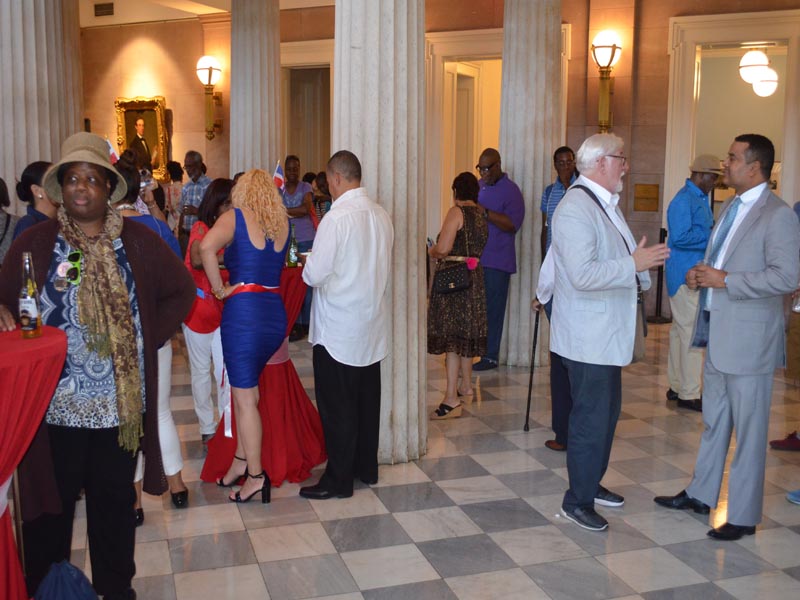 Live performance was by  Raices Dance Troupe, Michelle Martinez, and Mariano Cersa Soloist.Close to 100 people were in attendance . 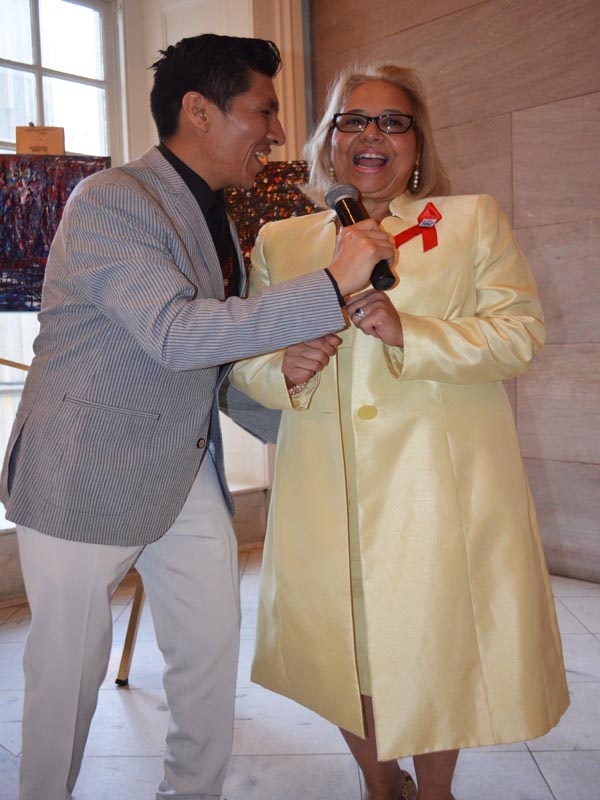 See more about about the Dominican Community in our World Liberty TV , Latino Channel by Clicking here.