America’s veterans—representing every branch of service and generation of warriors since WWII—to march up Fifth Avenue for the 103rd annual Veterans Day Parade, Friday, November 11, 2022, 12:30 to 3:30 pm rain or shine. 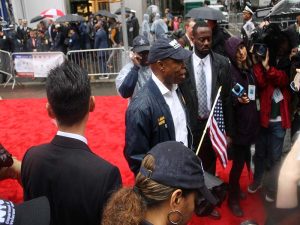 Spectators can view the parade, which steps off at 26th street and Fifth Avenue going north to its endpoint on 47th Street, in person or watch the broadcast airing live and streaming online on WABC-TV from 12:30 to 3 pm. 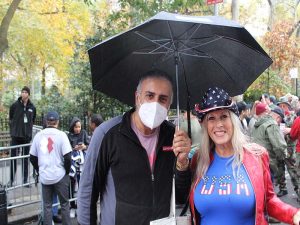 Produced by the United War Veterans Council (UWVC), the Parade is the nation’s largest commemoration of service, with nearly 300 marching and vehicle units, and 20,000 participants from across America, including veterans, military members, service organizations, youth cadets and marching bands. 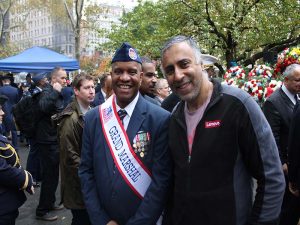 The Parade’s Grand Marshal, representing the U.S. Coast Guard–this year’s featured service–is Vincent W. Patton, who served as the Eighth Master Chief Petty Officer of the Coast Guard (its highest enlisted position) from 1998 to 2002, when he retired after 30 years of active military service. Master Chief Patton was the first Black American to hold that prestigious role. 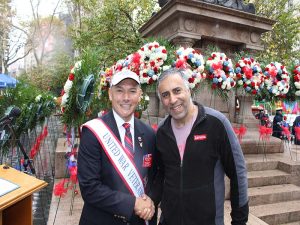 “We are excited to once again give New Yorkers the opportunity to salute those who have served our nation,” said Mark Otto, President and Executive Director of the United War Veterans Council. 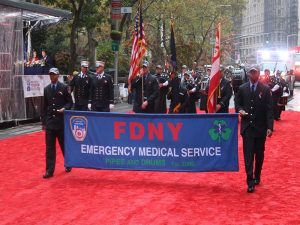 FDNY Marching in the parade

“These brave men and women stepped forward at critical moments throughout history to fight for the freedom of our nation and our allies around the world. We are proud to celebrate and thank our Grand Marshal and veterans—from every era and branch of service—at this year’s 103rd Veterans Day Parade.” 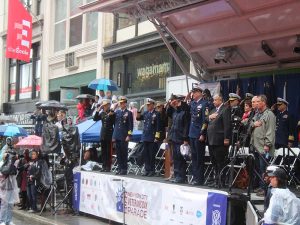 The 103rd annual New York City Veterans Day Parade , begin with a moment of silence and a solemn wreath laying ceremony , on Friday November 11th , 11am to  noon, at the Eternal Light Flag Staff in Madison Square Park, 24th Street and Fifth Avenue. 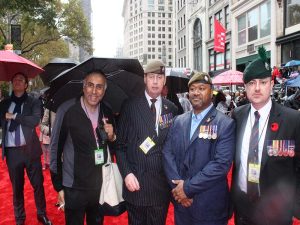 Wreaths were presented by foreign allies, veteran representatives and senior military leaders. The ceremony concluded with brief remarks from Admiral Steven Poulin, Vice Commandant of the US Coast Guard, this year’s featured service. 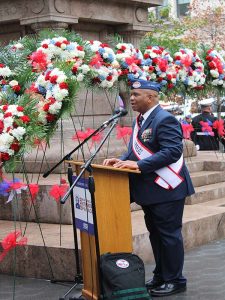 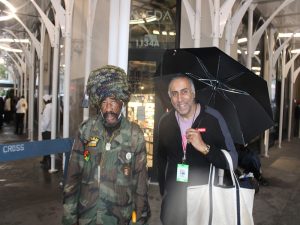 Parade Grand Marshall Vincent W.Patton III was the first Black American to serve as a Master Chief Petty Officer of the Coast Guard(its highest enlisted position) from 1998-to 2002, when he retired after 30 years of active military service. 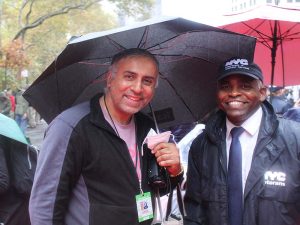 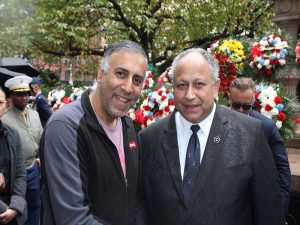 Dr Abbey with Carlos del Toro Secretary of the Navy

Produced by the United War Veterans Council (UWVC), the Parade is the nation’s largest commemoration of service, with nearly 300 marching and vehicle units, and 20,000 participants from across America, representing every service branch of the military and every era. 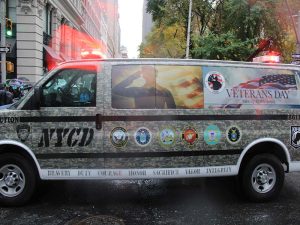 They were joined by thousands of veterans, military members, service organizations, and youth cadets, while marching bands, floats, motorcycles and vintage vehicles will add to the celebratory atmosphere. The Parade begin with a flyover by a US Coast Guard helicopter over fifth Avenue. 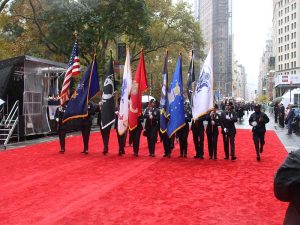 One of many marching groups in attendance