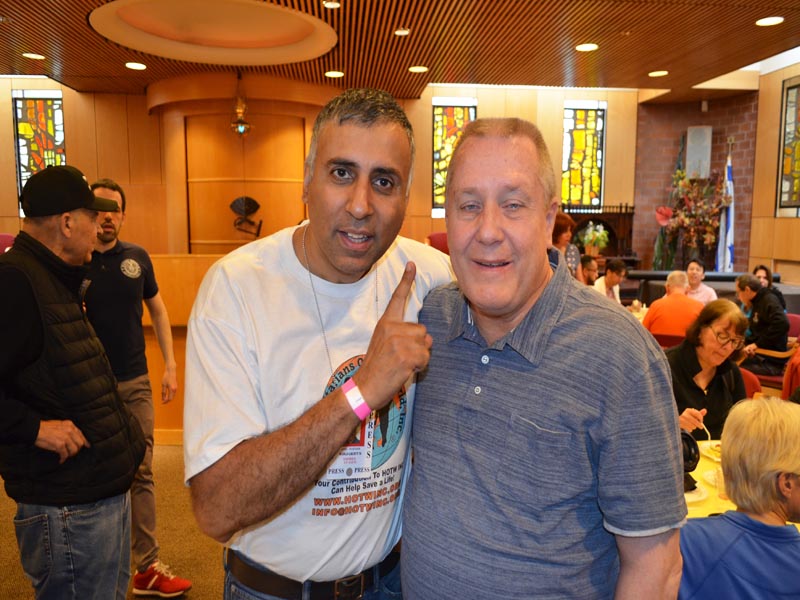 The parade was founded in 1992 by Councilman Danny Dromm (D-Jackson Heights)—who, at the time, was an openly gay public school teacher—in response to School District 24 President Mary Cummins’ refusal to adopt Board of Education curriculum that encouraged students to be accepting of LGBT people. 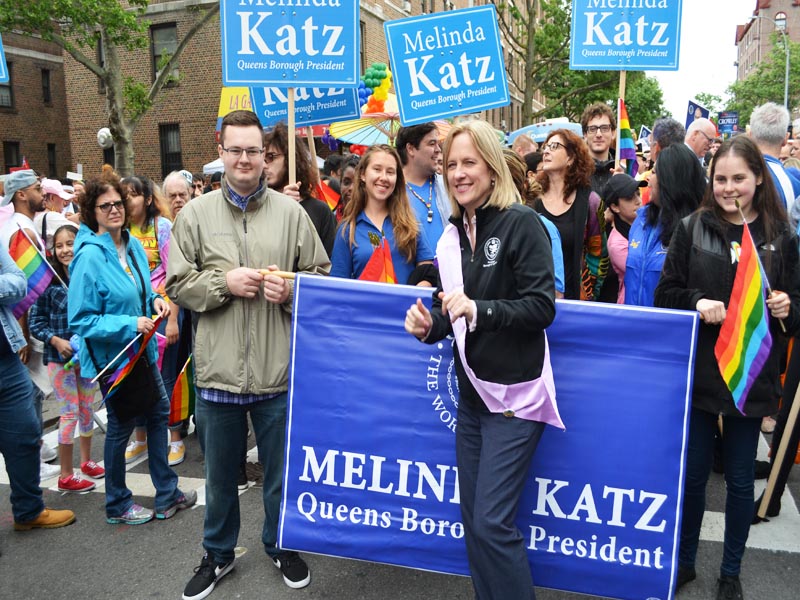 The march was also inspired by the death of Julio Rivera, a 29-year-old gay man who was murdered by white supremacists in Jackson Heights in 1990.

“The parade was always seen as a place where people can come out and see the LGBTQ community, and the community that supports them,” said Dromm. 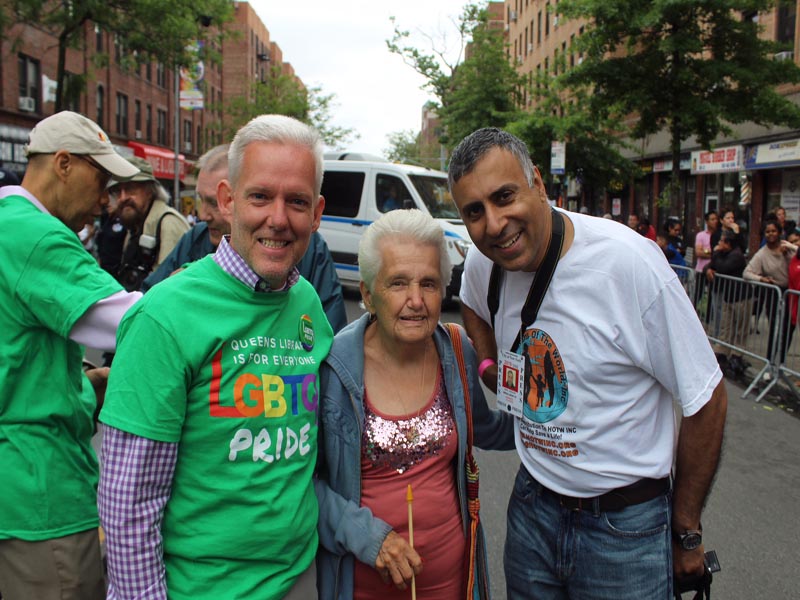 “A lot of times, the parade is the place that people take that first step to come out of the closet, regardless of what age they are. It’s very important because there’s still many people who are terrified of coming out to their families, and it’s probably more true in kids in families of color.” 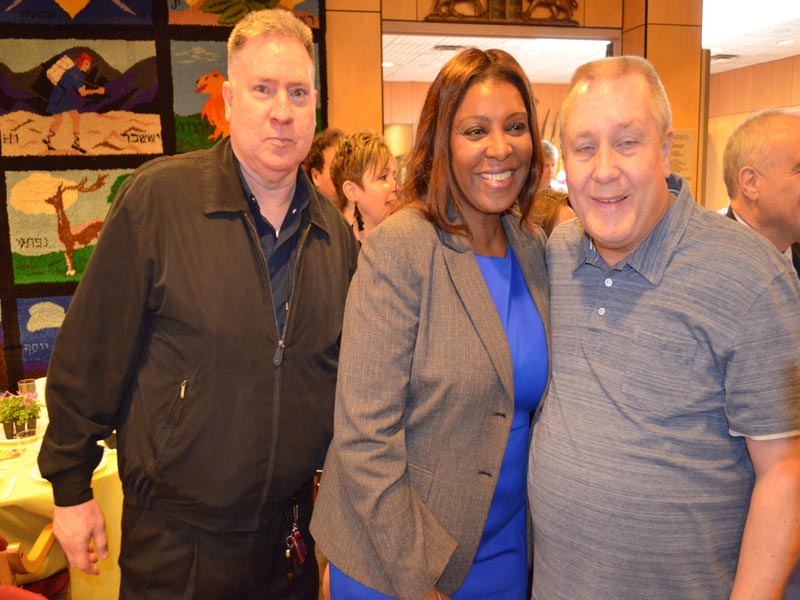 “It’s a community-based parade and an indication of what a wonderful community Jackson Heights is,” said Dromm. “Queens Pride is a perfect mixture of party and politics. We party, but we’re also trying to send an important message.” 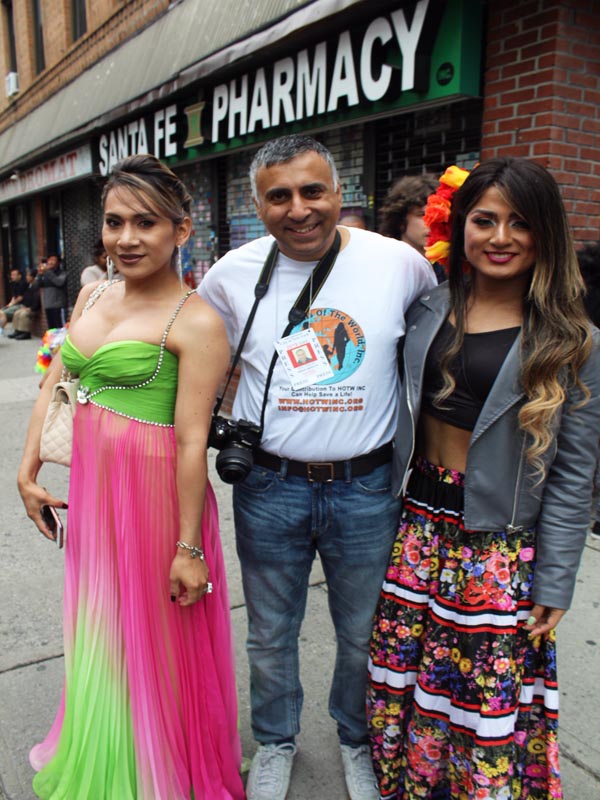 This is a year of firsts for Queens Pride. For the first time in nearly two decades, the parade is being led by two openly queer women who identify as people of color—co-chairs Tina Arniotis and Monique “Mo” George.

The parade’s other grand marshals include Queens Borough President Melinda Katz and the Hetrick-Martin Institute (HMI). 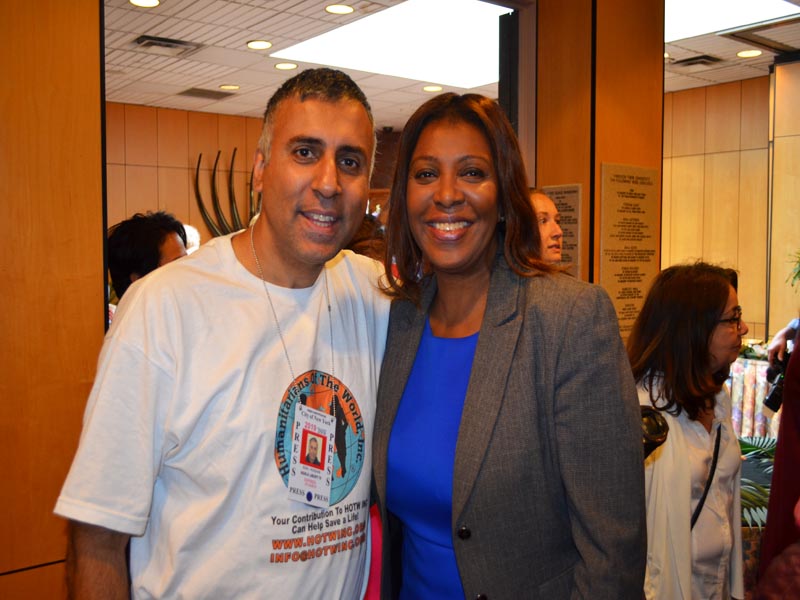 “Melinda Katz, our elected official, has been a longtime supporter of LGBTQ rights and is a strong female leader who cares about her community and the people in it,” said Arniotis. “Elijah Betts is the youngest local individual to be selected who is a part of Generation Q, an LGBTQ youth organization that identifies as ‘non-binary’ and represents the evolving culture of our youth who are determined to make a change for social justice by telling their stories. And HMI has a long history dating back to the late 1970s by protecting our homeless and needy LGBTQ youth.” 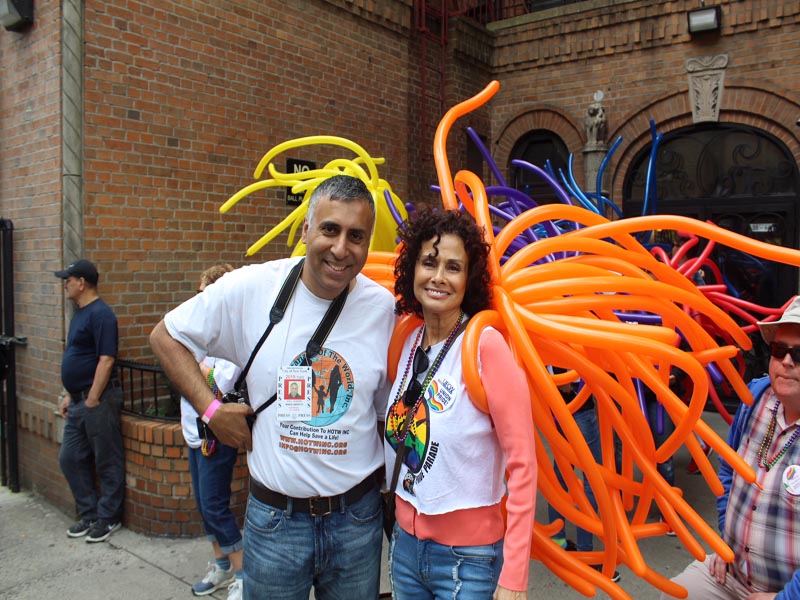 Dromm said that the Jackson Heights Queens Library branch is not only opening its doors on Sunday for the parade, but also holding a number of LGBTQ programs and activities, such as Drag Queen Story Time, which will be held during the hours of the Queens Pride festivities. Dromm noted that this shows how the parade has grown from its inception in 1993. 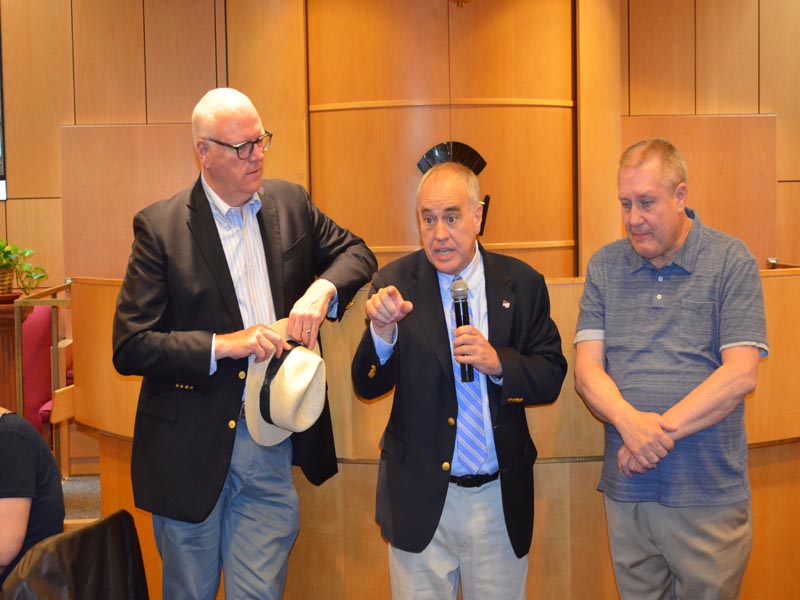 The community can also take part in a kickoff group jog down the parade route following its motorcycle group. This is a first-time collaboration between Queens Pride and Queens Distance Runners. 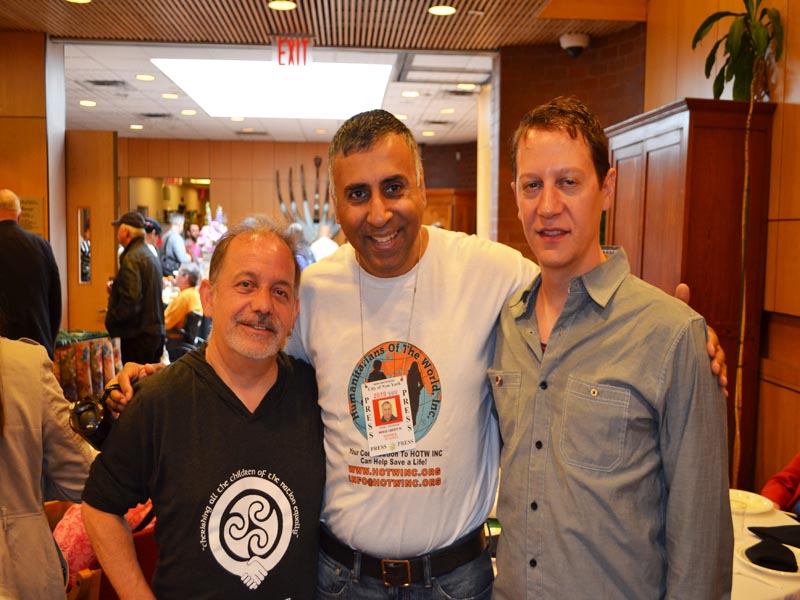 L-R Brendan Fay of St Pats for All with Dr.Abbey & Attorney Seth Shelden

DJ Missy B, who is known for her upbeat pop mixes and playing at the annual Electric Daisy Carnival (EDC), will take the main stage at the parade from 12 p.m. to 6 p.m., creating a party atmosphere throughout the day. 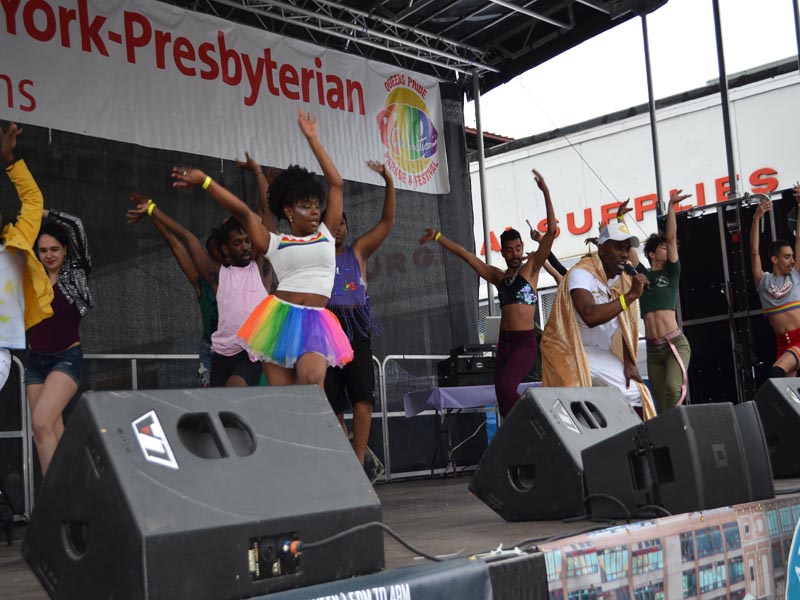 The parade steps off at noon, beginning at 37th Avenue and 89th Street and then marching to 75th Avenue.

The festival, which consists of Queens Pride and Club Evolution stages that feature entertainment, will begin at 1:30 p.m. at 75th Street and 37th Road. 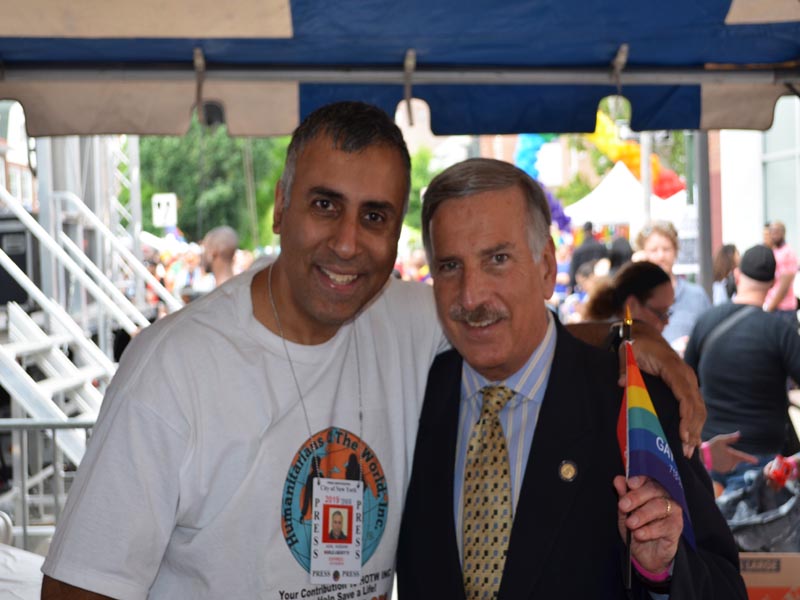 The event will include vendors, food, information on local businesses and community and social group booths. 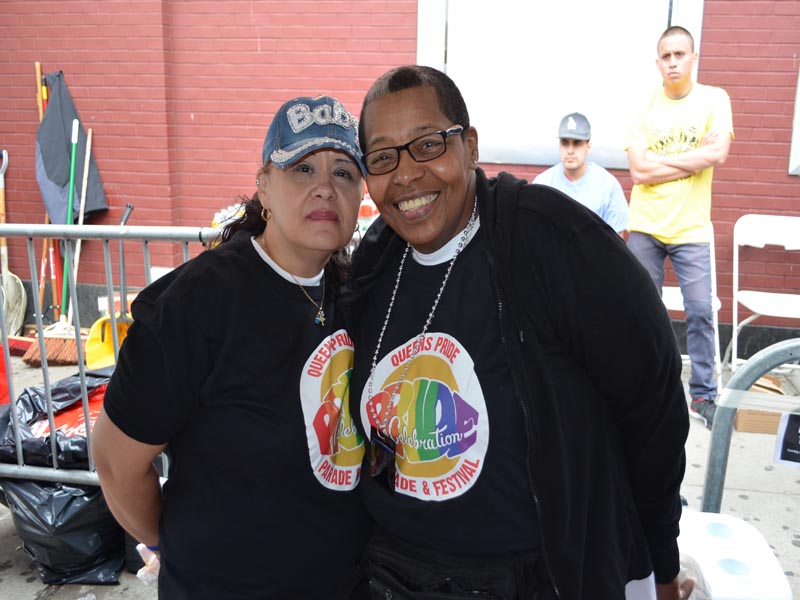 Since covering the Annual Queens Pride Parade, for the past 10 years , I have to say its getting bigger better and thousands of more coming to attend , Council Member Danny Dromm The Godfather and the Founder of The Parade ,went on to say it took us 26 years to get to this level. 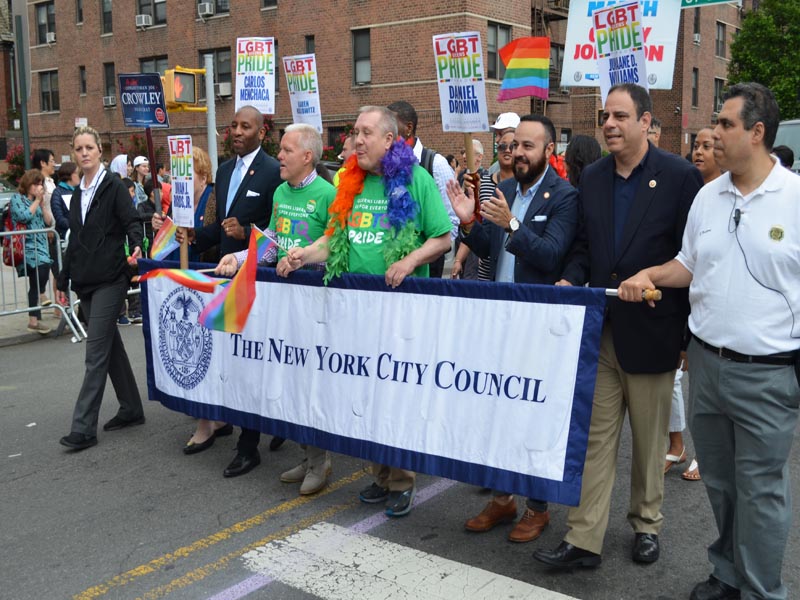