The America China Hotel Association Corp. aims to strengthen the greatness of Chinese hotels by: seeking equality for owners, improving the quality of management within the industry, building the overseas hotel booking service, and helping to brand the hotels. Members of the Association are entitled to enjoy its advantages, such as seeking beneficial governmental tax policies; hiring professional lawyers for tax reductions; promoting and representing the Association; cultivating Chinese talents in the industry; reinforcing the relationship between China and the US in the business; and harmonizing global strategies in the hotel industry. The America Hotel Association Corp is working with the reputable Manhattan law firm fordoing an annual real estate tax appeal. The fee is only 10% on the amount being successfully reduced. It is much lower than regular fee, which is usually charged 15% to 25%. Finishing touches are wrapping up on the Virgin Hotel, a 38-story tower at 1225 Broadway in NoMad. Designed by Stantec and developed by Lam Group, the 476-foot-tall structure will yield 300,000 square feet with 460 rooms managed by . 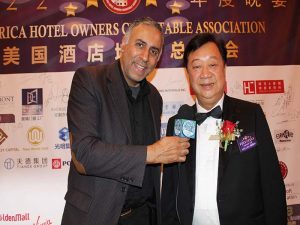 Dr Abbey with John Lam Chairman of The Lam Group

Flintlock Construction Systems is the general contractor for the Midtown, Manhattan property, which is located at the corner of Broadway and West 30th Street, a short walk from Koreatown and the Flatiron District. Since our last update in February, exterior work has concluded on the podium levels, including the black metal screen on the southwest corner, and the sidewalk scaffolding has been partially dismantled. John is now the Honorary President of the Greater Blouse Skirt & Undergarment Association, in addition to serving on the Board of Directors of East Bank. As a well-regarded real estate mogul, John is frequently quoted in many publications and has received numerous recognition as a business leader, including Crain’s New York Business Magazine All-Star; Ellis Island Medal of Honor Award, Man of the Year Award from Chinese-American Planning Counsel and Top 10 Most Influential outstanding Chinese Businessman by China Association for International Economic Cooperation under the Ministry of Commerce of People’s Republic of China. John is a well-respected member of the Chinese American community and is considered a prominent developer. Lam Group is one of the most prominent real estate investment conglomerates in New York City that specializes in the development of commercial, residential, retail, hospitality and mixed-use properties predominantly in New York City and across the United States. 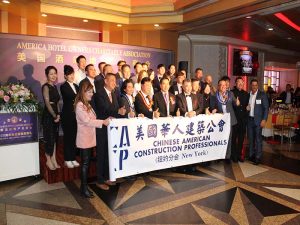 Lam Group was founded by the Lam family in the 1970’s and is headed by CEO and Chairman, Mr. John Lam. John originally an immigrant from Hong Kong immigrated to the United States and pursued the American dream, creating a name for himself as a successful entrepreneur and New York City hotelier. Prior to real estate, John started out in the fashion and garment industry, first as a factory worker, then as a factory owner and then as the President and now the Honorary President of the Greater Blouse Skirt & Undergarment Association. Lam Group is regarded as one of the most preeminent investors and developers in New York City through its real estate investment, acquisition and development history. Lam Group’s portfolio consists of over 50 development projects with an additional 9 hotels underway. The majority of the hotels are located in Manhattan, the nation’s top rated and most coveted real estate investment market. John Lam with officers of the org

Lam Group is one of the pioneering forces in the growth of hotel businesses throughout New York City. Developments have been built in areas such as SoHo, Chelsea, Midtown and Downtown Brooklyn. Lam Group will be one of the major forces in reshaping the NoMad neighborhood. 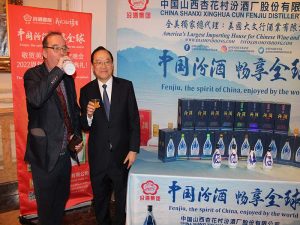 The Gala had close to 600 people in attendance, from the Hotel Sectors, Building, finance and many dignitaries from their respected fields in attendance. The Gala was held at the Terrace of the Park in Flushing Queens New York. Honored guest was Mr James Bermingham CEO Virgin Hotels, who was there on behalf and representing Billionaire Sir Richard Branson, who have teamed up with the lam group to manage their new Virgin Hotel in New York City, which would be opening before the year is over. 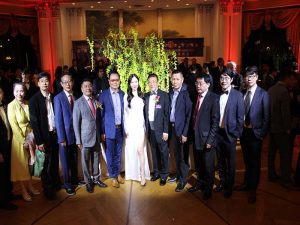