Today, the Clinton Global Initiative University (CGI U) hosted its alumni gathering at Cornell Tech on Roosevelt Island in New York City to celebrate 12 years of impact and innovation by CGI U alumni. The day featured plenary sessions led by President Clinton and Chelsea Clinton and alumni-led small group discussions on topics such as Using Art & Media for Social Innovation, Pitching for Investment, Scalable Systems, Scalable Impact, Diversity & Inclusion: Ensuring No One is Left Behind, Social Listening During Disaster Response, and more. 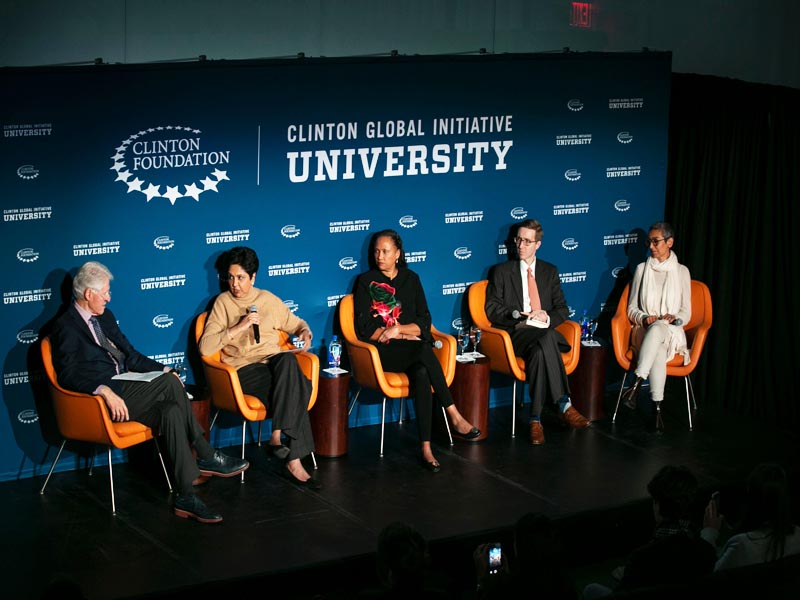 The morning plenary “Beyond the Commitment: Sustaining the Drive to Make a Difference,” moderated by Chelsea Clinton, vice chair of the Clinton Foundation, featured alumni who are addressing issues such as poverty and women’s health.

“I am so thrilled to be here with you all today, to provide you with an opportunity to find areas of common cause and commitment with other CGI U Alumni,” said Chelsea Clinton. Alumni panelists included: 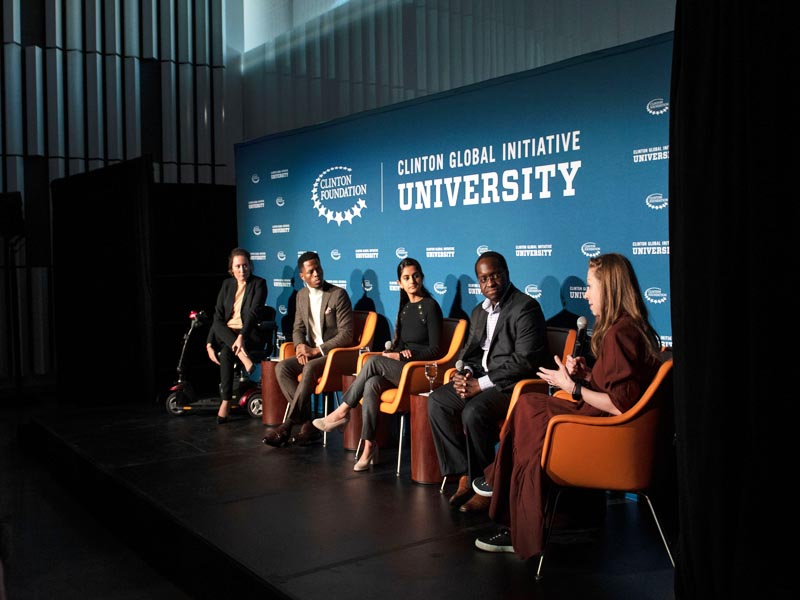 Ashifi Gogo (CGI U 2009) – as a Dartmouth College student, Ashifi committed to implement a pharmaceutical quality assurance system in Ghana and Nigeria that used cell phones to combat the sale of counterfeit medications to patients. Ashifi is the founder and CEO of Sproxil, which developed its award-winning solutions that have been used on over 2.4 billion product units available to consumers in six countries to verify the authenticity of their products. In 2013, Sproxil was named the world’s most innovative company in health care by Fast Company;

Derrius Quarles (CGI U 2013) – as a Morehouse College student, Derrius committed to increase the academic success of young people, especially those who face barriers to receiving a college education, by increasing financial literacy among youth. Derrius is co-founder of Million Dollar Scholar and BREAUX Capital, an author, entrepreneur, and web designer whose business ventures have collectively impacted the lives of over 15,000 marginalized youth in America;

Suhani Jalota (CGI U 2014) – as a Duke University student, Suhani committed to connect low-skilled youth laborers with job opportunities to double the income of slum populations and increase awareness of local employment in India. Suhani is the founder and CEO of the Myna Mahila Foundation, an organization that produces low-cost sanitary options for girls, enabling them to stay in school in India;

Kristin Duquette (CGI U 2013) – as a Trinity College student, Kristin committed to promote a greater understanding of disability rights by launching an annual event called “A Day in A Wheelchair.” Kristin Duquette is a globally-recognized disability rights advocate, five-time American Paralympic swimming record holder, and a political appointee in the Obama administration. 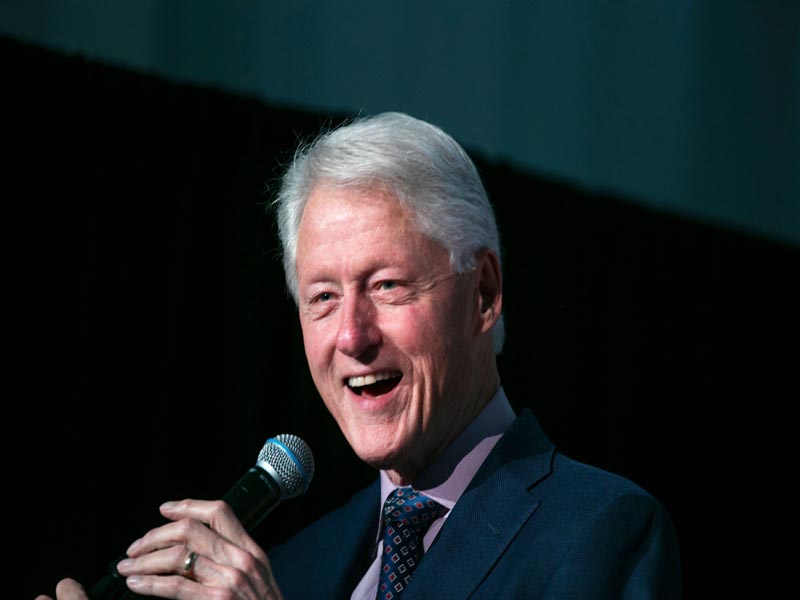 “It’s not always easy to keep going with these commitments, especially when real life gets in the way,” said President Clinton. “We live in times where too often headlines seem to matter more than trendlines and we’re dominated by news about what divides us, instead of what unites us. By doing what they do, these young women and men are building on our common humanity and making the world a more just place.”

Also, featured in President Clinton’s plenary was an “Alumni Lightning Round Progress Report,” where the following CGI U alumni shared their progress and ongoing work:

Mahmoud Khedr (CGI U 2018) – as a City College New York student, Mahmoud committed to create in-person workshops and a digital platform to teach high school students about mental health and wellness to lower dropout rates and improve educational attainment in New York City. Mahmoud is the co-founder and CEO of FloraMind, an organization that works to address the global youth mental health crisis. To date, FloraMind has impacted over 600 young people in low-income schools across NYC; 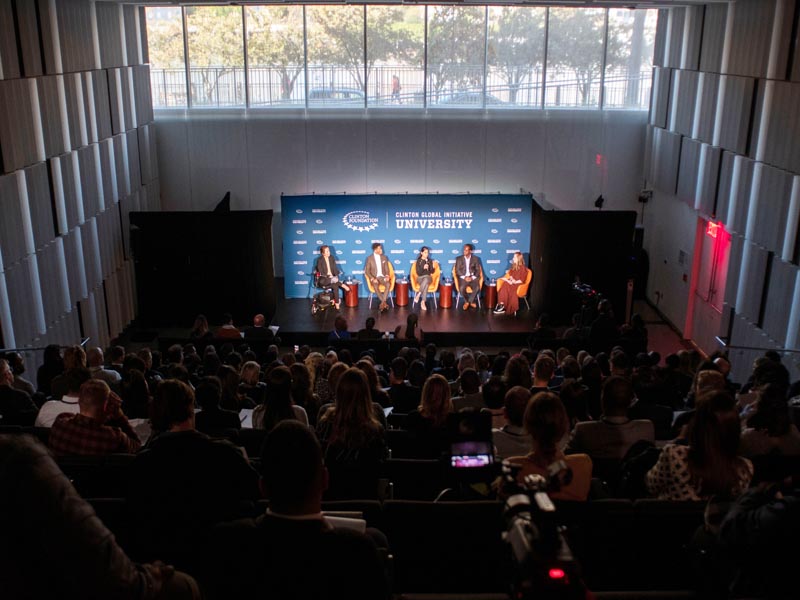 Hundreds of Students in attendance at Cornell University Campus

Katie Sgarro (CGI U 2016) – as a University of Pennsylvania student, Katie committed to create a catalog of LGBTQ asylum seekers to provide useful service providers and connections for underserved members in Philadelphia, New York, San Francisco, and Washington, D.C. Katie is the co-founder of AsylumConnect, a free app that has connected over 11,000 users to verified safe services in the U.S. and has been accessed in over 150 countries;

Sixto Cancel (CGI U 2014) – as a Virginia Commonwealth University student, Sixto committed to establishing an online multimedia platform to train and support child welfare professionals, foster parents, and foster youth in Virginia. Sixto is the founder and CEO of Think of Us, a system change nonprofit that focuses on leveraging technology to improve the foster care system and its programs; and

Agnes Igoye (CGI U 2011) – as a University of Minnesota student, Agnes committed to establishing a rehabilitation center for victims of human trafficking in Uganda. Agnes created The Dream Revival Rehabilitation Center for survivors of human trafficking and founded the Huts for Peace Program, where female survivors have built their own housing in two villages in Northern Uganda, impacting over 50 households.

CGI U recently announced a major expansion of the program, including year-round programming and the first international annual meeting at the University of Edinburgh in Scotland. Today’s event is part of the new year-round programming that CGI U is offering to students and alumni, highlighting CGI U’s long-term commitment to inspiring the next generation of entrepreneurs and global innovators. 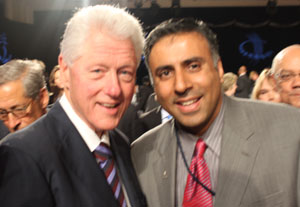 Launched in 2007, CGI U is a year-round leadership development program run by the Clinton Foundation for undergraduate and graduate students addressing pressing global challenges by providing access to a wide range of funding, mentorship, training, and networking opportunities throughout the year.

With a network of over 10,000 alumni from more than 1,100 schools,163 countries, and all 50 states, CGI U alums have made over 8,000 Commitments to Action, positively impacting their hometowns, their college campuses, and communities around the globe.

CGI U’s alumni gathering was made possible by the generous support of our partners: IBM, Peter G. Peterson Foundation, and Kevin Xu.

About the Clinton Foundation: Building on a lifetime of public service, President Clinton established the Clinton Foundation on the simple belief that everyone deserves a chance to succeed, everyone has a responsibility to act, and we all do better when we work together. For nearly two decades, those values have energized the work of the Foundation in overcoming complex challenges and improving the lives of people across the United States and around the world.

As an operating foundation, we work on issues directly or with strategic partners from the business, government, and nonprofit sectors to create economic opportunity, improve public health, and inspire civic engagement and service. Our programs are designed to make a real difference today while serving as proven models for tomorrow. The goal of every effort is to use available resources to get better results faster – at the lowest possible cost. 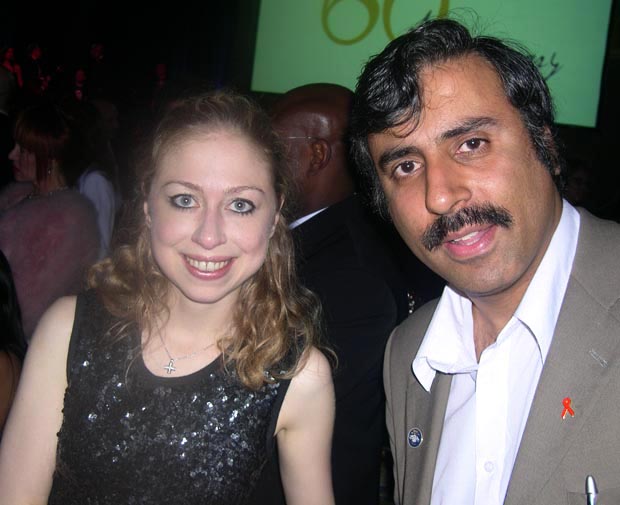 We firmly believe that when diverse groups of people bring resources together in the spirit of true cooperation, transformative ideas will emerge to drive life-changing action.