Conan O’Brien’s Team Coco is the fan-centric entity that serves as the show’s digital and social media hub. Team Coco is responsible for expanding the CONAN brand into additional content experiences across all screens, including digital and branded content, podcasting, mobile gaming, pay TV and live tours. 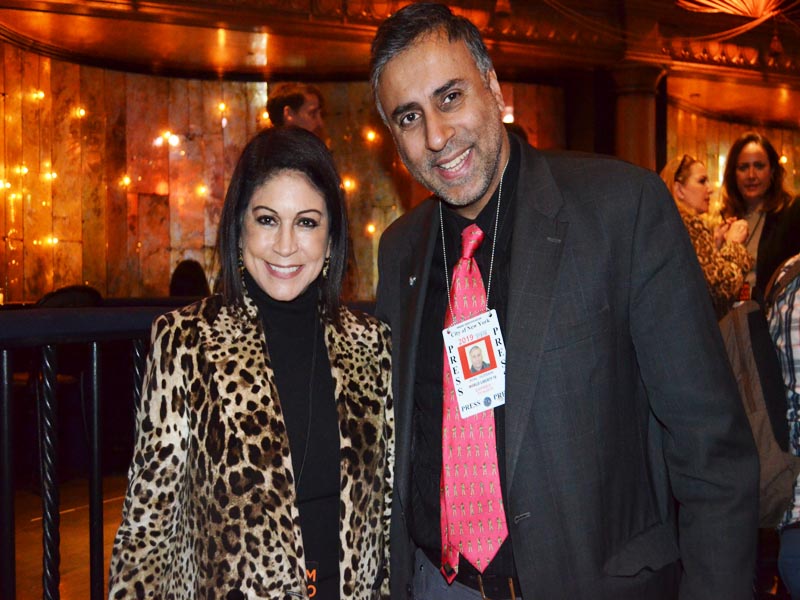 Conan  O’ Brien: Television talk show host, comedian and writer Conan Christopher O’Brien was born on April 18, 1963, in Brookline, Massachusetts, the third of six children. His father, Dr. Thomas O’Brien, is a noted epidemiologist, the head of microbiology at Peter Brigham Hospital and a professor at Harvard Medical School.

His mother, Ruth Reardon O’Brien, was a partner at Ropes & Gray law firm outside Boston until her retirement in 1997. He has three brothers: Neal, an antique car collector; Luke, a lawyer and Justin, a business consultant, and two sisters: Kate, a teacher; and Jane, a scriptwriter. Actor and comedian Denis Leary is his cousin. 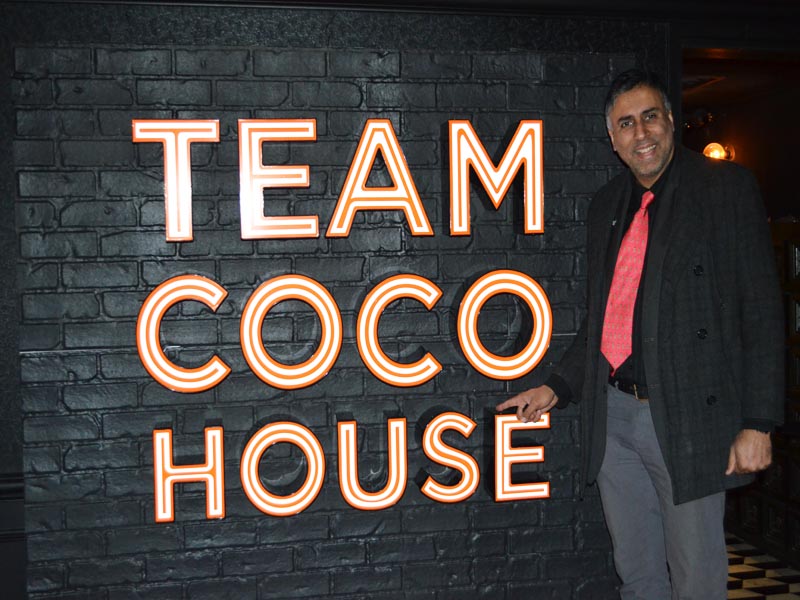 From 1988-’91, O’Brien wrote for the hit NBC comedy sketch show Saturday Night Live; the writing staff of the show won an Emmy for Outstanding Writing in 1989. (Some of O’Brien’s more memorable sketches were the “The Girl Watchers,” first performed by Tom Hanks and Jon Lovitz, singing “Roxanne” in the elevator with Sting, and Mr. Short-Term Memory).

O’Brien replaced Jay Leno on NBC’s Tonight Show, after Leno’s contract expired in 2009. Comedian Jimmy Fallon was chosen as O’Brien’s replacement on Late Night, and O’Brien moved to Tonight Show’s headquarters in California. A few months before O’Brien took the reins, Leno renegotiated his contract with NBC, moving to a prime-time slot just before O’Brien’s show. When Leno’s program produced poor ratings, the network attempted to shift the programming schedule. 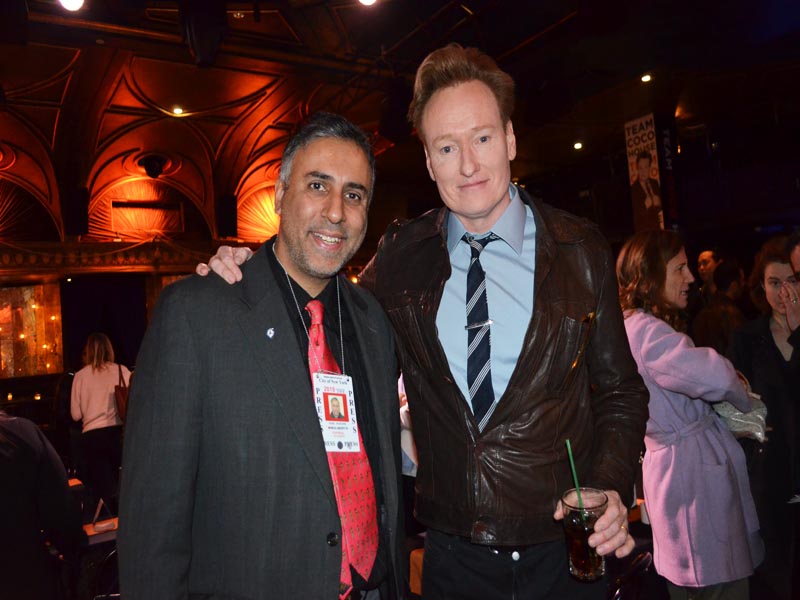 O’Brien, who had only been on the show for seven months, refused to make the switch. “It was my mistaken belief that, like my predecessor, I would have the benefit of some time and, just as important, some degree of ratings support from the prime-time schedule,” he told his audience. O’Brien officially ended his contract with NBC in 2010 and moved his late night show, Conan, to the cable television network, TBS. 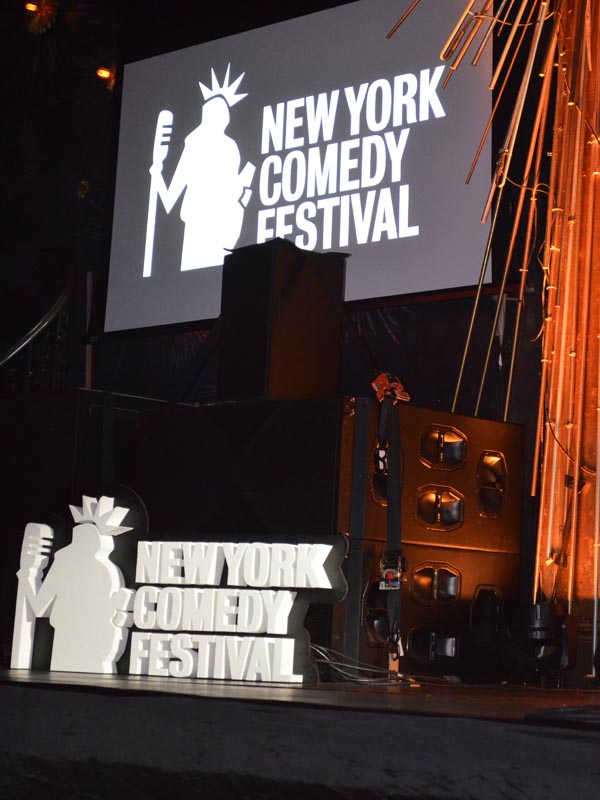 O’Brien met Liza Powell, an advertising executive, in 2000 when she appeared in a skit on Late Night. The two began dating, and a year later announced their engagement. The couple married on January 12, 2002, in Seattle, Washington. O’Brien and Powell have two children. 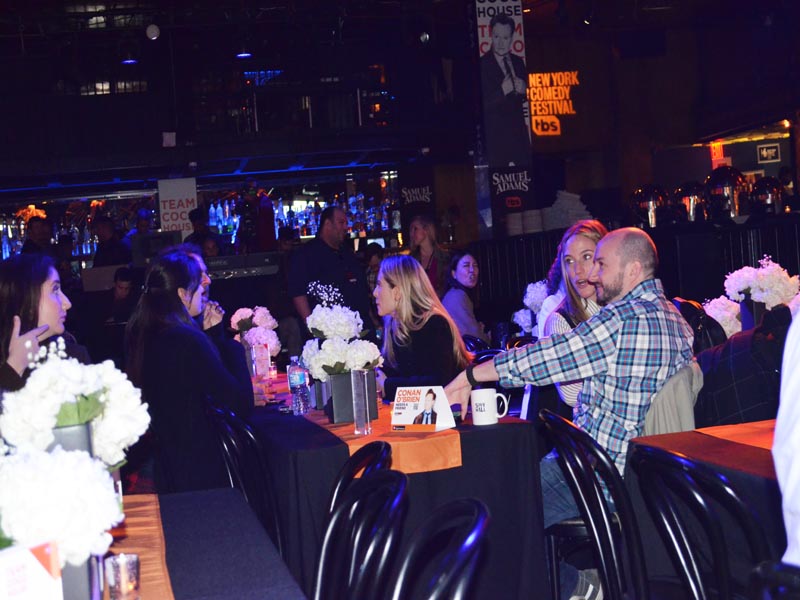 O’Brien is Currently with TBS, and his show is in re-runs, until next year, he will be doing a 22 minutes show , with a whole new concept, travelling all over the world , doing live theater acts, Q&A and then showcasing it on TV. 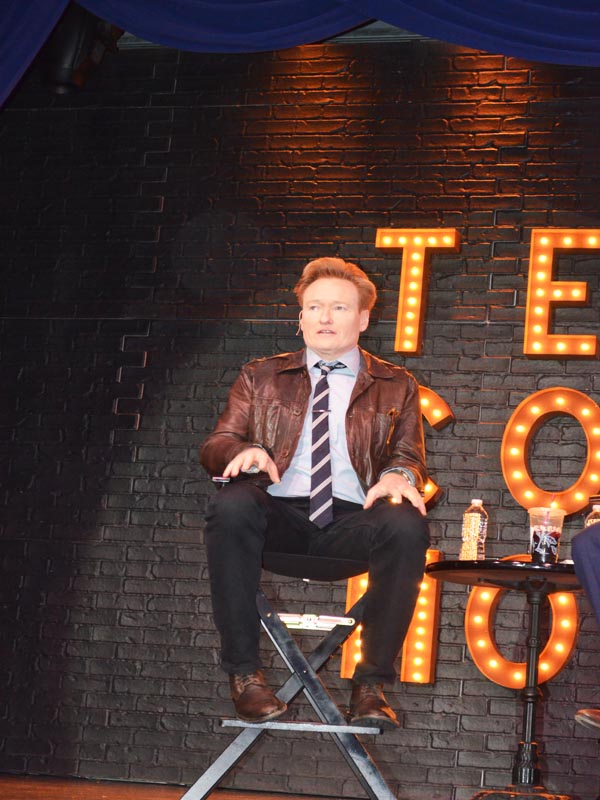 Conan doing a Q&A with Media

It Should a good show and we look forward to watching it. See more about Comedians in our World Liberty TV Celebrity and Entertainment Channels and blogs by clicking here.