Michael Katz has a problem: he’s just come out of the closet (again), and it’s not going particularly well.  First, his mother shows up unexpectedly in the midst of a snowstorm to ambush him with (among other things) the daughter-in-law of her dreams. Then his best friend selfishly decides to start putting her own life above his (and it’s still snowing)! On top of everything, the one person who’s willing to put up with him is the only person he doesn’t want anything to do with (at least that’s what he keeps telling himself), leaving Michael to wonder, is this really the course of true love, or is it some social experiment gone horribly wrong? And why won’t it stop snowing?!!Set in Chicago in the midst of an unseasonable blizzard, “Experimenting with Katz” deals with issues of coming out, and it’s repercussions from family and friends, and, highlights the absurdity of those who use their ignorance about the LGBTQ community as a justification for their actions, while ultimately proving harmful to the very people they love. 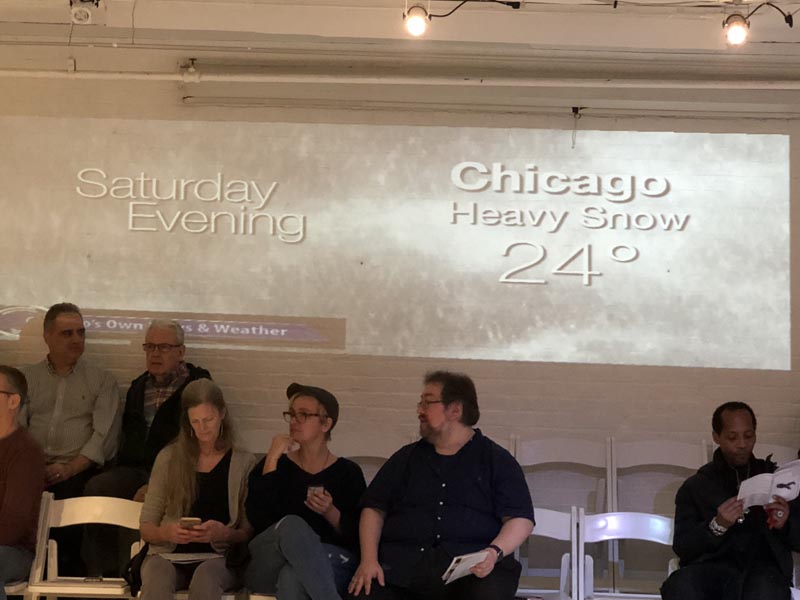 The show set in the Chicago winter, had a recurring theme about the weather

David Adam Gill (playwright) is a Brooklyn based writer. His first full-length play, Providence, was originally produced at Transient Theater in Chicago, and made its New York premier at Roy Arias Stages in October 2015 where it played to enthusiastic audiences and critical acclaim. The Roly Poly’s also presented a reading of Providence in December 2017, directed by Janet Bentley. His next three plays, Experimenting with Katz, Irregulars, and Unfinished constitute his F*cked-up Family Trilogy! Irregulars was given a staged reading in September 2016 at the Playroom Theater, and was part of the PlayGround Experiment’s inaugural First Reads play festival.

Experimenting with Katz was given a staged reading in November 2017 and will premiere at Theaterlab NYC in September 2018. Other short works include California, Fault Lines, Wendell Rose, Eleanor & Martin, Born Again Merman, Event Horizon, Eine Kleine Nachtmusik, and a web series (Scavengers).Most recently, his short play More Myself Than I Am debuted as part of Shiyr Productions’ Shiyr Terror: Terrifyingly Funnyshort play festival, as well as Axial Theatre’s Twisted Valentines Festival. Additionally, David co-authored two television pilots with Tony Nation, of which Fully Furnished was shot this past Spring.  David is the Artistic Director and co-founder of New Ambassadors Theatre Lab, and a regular voice at The PlayGround Experiment and NY Madness. He also teaches playwriting for the Howard Meyers Acting Program in Pleasantville, NY. David is a proud member of the Dramatists Guild of America. 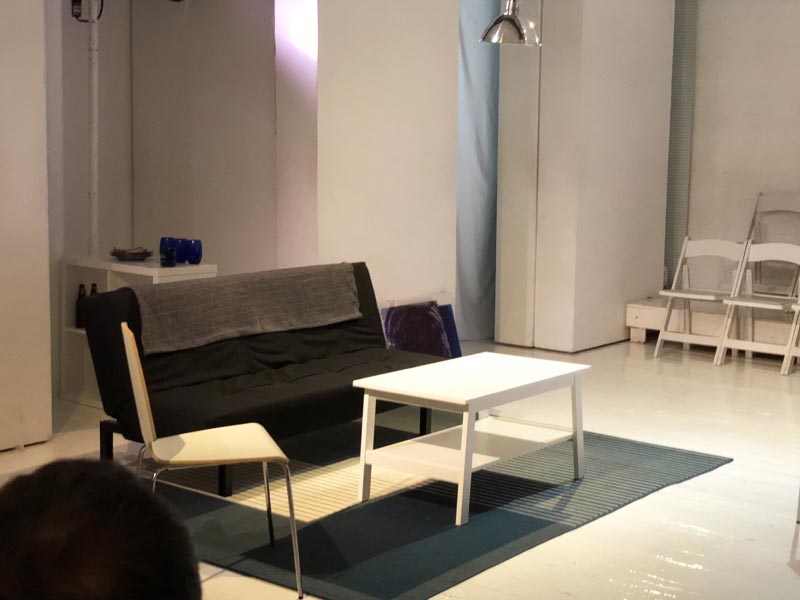 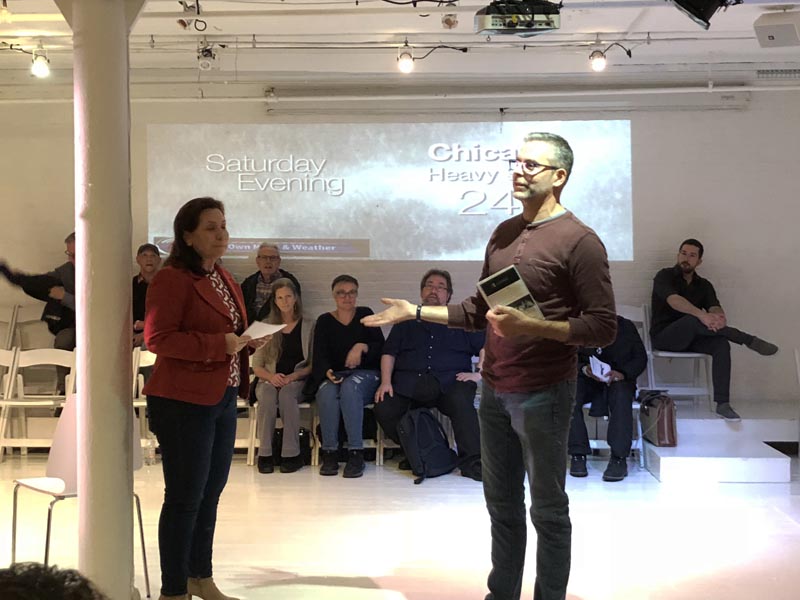 The cast of EXPERIMENTING WITH KATZfeatures Paul Pakler, Anne Newhall, Marie Eléna O’Brien, Andrew Glaszek, Jacob Lovendahl. EXPERIMENTING WITH KATZfeatures set design by Matthew S. Crane, lighting and projection design by Heather M. Crocker, sound design by Janet Bentley and costumed by Julia Kulaya. Mary Cate Mangum is the Production Stage Manager, Jordan Liau is the Stage Manager and Lauren Eardley is the House Manager. Julia Botero and the New Ambassadors Theatre Company produce the production.EXPERIMENTING WITH KATZ had multiple staged readings including one at the Playroom Theater in 2017 and another hosted by The Dramatists Guild in May of 2018. This production at TheaterLab will be the first fully staged production. 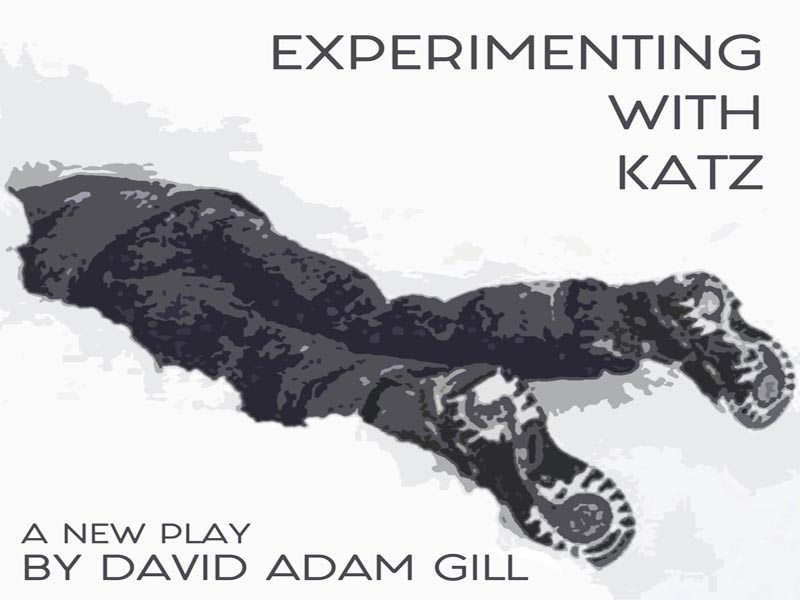 It was a great show, I highly recommend it, good group of producers, actors and a great night out at the theater. See more about Theater reviews in our World Liberty TV Theatre and film reviews channel by clicking here.