Quillin will take on J’Leon Love in a super middleweight attraction in primetime as part of Premier Boxing Champions on FOX and FOX Deportes action beginning at 7:30 p.m. ET/4:30 p.m. PT. The primetime action is headlined by a showdown between former welterweight world champions Andre Berto and Devon Alexander. 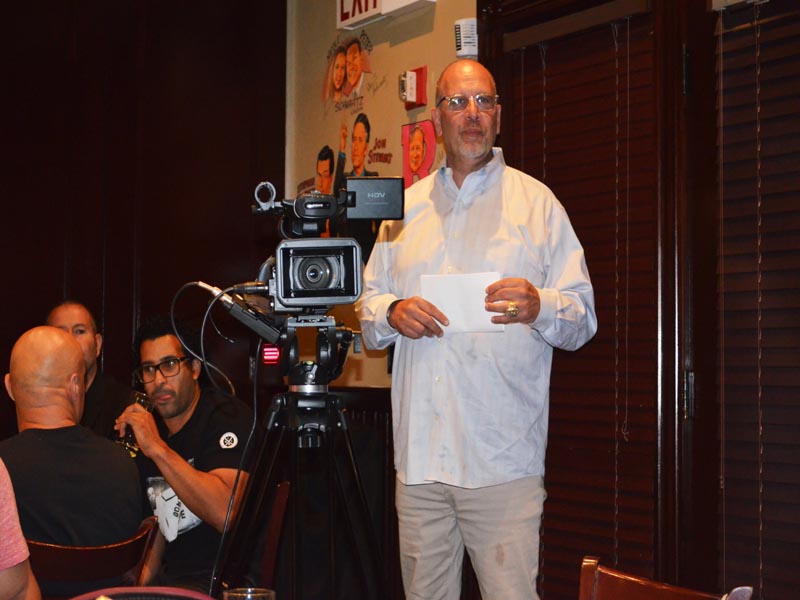 The undercard will be highlighted by Long Island-native and WBA Super Middleweight World Champion Napoleon making the first defense of her title against Hannah Rankin.

Tickets for the live event, which is promoted by TGB Promotions and DiBella Entertainment, are on sale now. Tickets can be purchased online by visiting www.ticketmaster.com.

Here is what the fighters had to say Thursday from The Palm West Side in Manhattan: 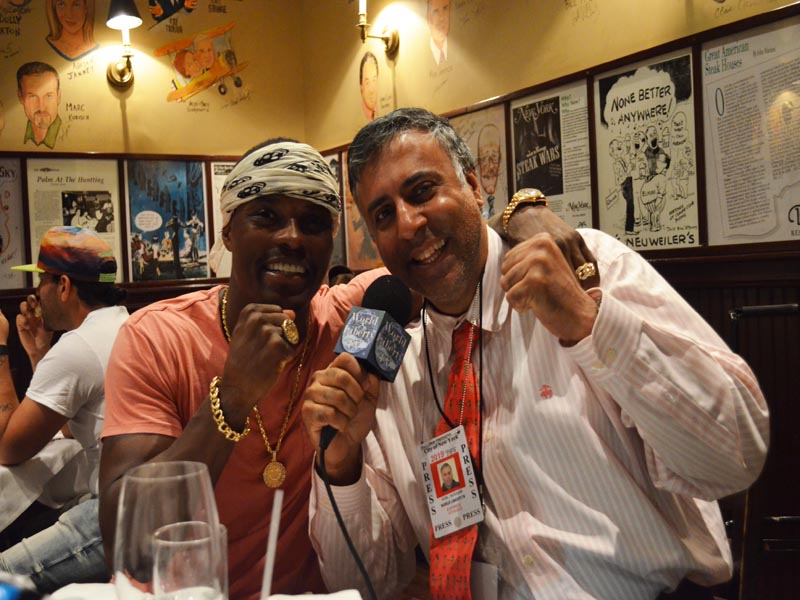 PETER QUILLIN:“August 4 is a big day. It’s been a long time since I fought in New York and I’m ready to showcase my talents here once again.

“I’ve been away from my family for the last two years training in California with Virgil Hunter. Basically I made the decision to come back home and be closer to my family. Now being home, I’m learning how to adjust my methods and my camp around my family.

“I think this is a new chapter in my life. J’Leon Love is trying to showcase and do something memorable against me. He’s trying to get a name on his record because he desperately needs one.

“Love definitely wanted this fight, but it’s a perfect fight for me. I hope that he brings his very best because I’m definitely going to bring that on my behalf.

“I’m just planning to go out there and be ‘Kid Chocolate’. I’ve got some good people around me. I’m training in Brooklyn with Aureliano Sosa, who has been pushing me to the max. August 4 for me is really about J’Leon being delivered into my hands and giving the fans a good showcase.” 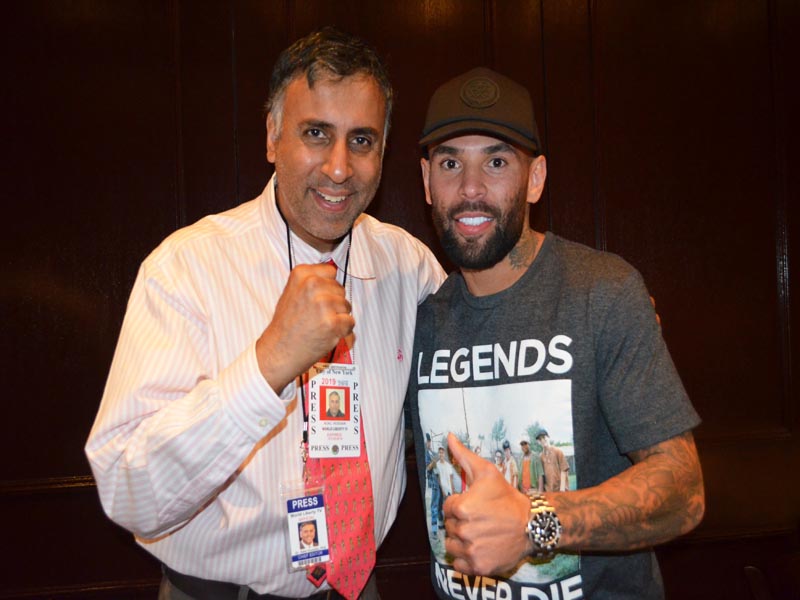 LUIS COLLAZO: “Finally, it’s been so long. I’m grateful for this opportunity. I know that I need to make the most of each opportunity I get at this point, and I feel like I’ve definitely done that in all my recent fights. August 4 will be another night for me to show how much I still have left.

“It’s amazing to be able to perform at this venue with me being from New York. The people, the atmosphere, the fans and how they react to the fights, it’s phenomenal. Now it’s my turn to give it back to my boxing fans and entertain them.

“I feel 100 percent physically and am geared to be that way on fight night. I know that I have a tough, young opponent who needs this win as badly as I do. I’m going to show him what this sport is all about.

“I just want that win, if the knockout comes we’ll take it. But the main thing is going out there get the win and looking good while I’m doing it.” 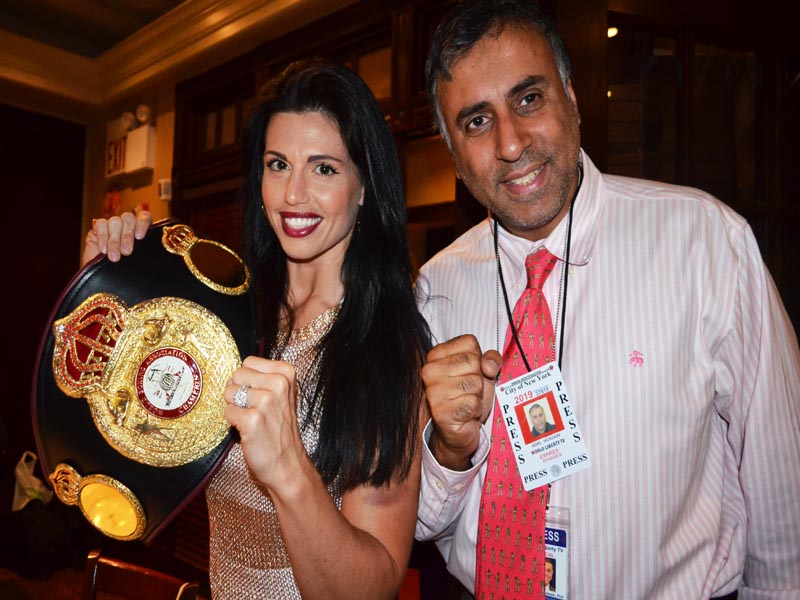 ALICIA NAPOLEON: “I’m expecting a good fight. I know that Hannah Rankin is credible fighter and she’s a tough girl with a WBC Silver belt. I have the WBA World Title and I know she’s coming to take it. She’s a standup opponent, and I’m sure she’s going to be ready to give it her all that night just like I will.

“I’m a Long Island girl born and raised, so there’s nobody better to make history that night than myself. I’m ready to be the first female to fight in that arena. It’s such a beautiful feeling, I’m so excited that it’s me who is getting this opportunity, with so much to follow.

“The future is female. That doesn’t mean that were taking anything away from the males, it just means that it’s time for them to share the stage. We have a lot to offer, and we have a whole different audience and crowd to bring to boxing.

“It’s awesome to see women fighters starting to climb the ladder and I want to see more of us. It’s not about that one female fighter, it’s about the multitude of us. There is power in numbers, and we need to be shown. You’ll be surprised how quickly the crowd will just attract to the women, and we’ll automatically be bringing a bigger base than they ever brought before.”

LOU DIBELLA, President of DiBella Entertainment: “Peter Quillin knows what’s at stake August 4 and so does J’Leon Love. It’s a must-win fight for both guys, which usually equals a fun fight for the fans.

“This card has so much talent. You have Marcus Browne back in the ring and Luis Collazo back against a good opponent. Plus, Alicia Napoleon “The Empress”, the Long Island Female World Champion is in there with a really good fighter in Hannah Rankin. She’s the biggest fighter in Scotland. That’s a real quality women’s fight between two recognizable women fighters. 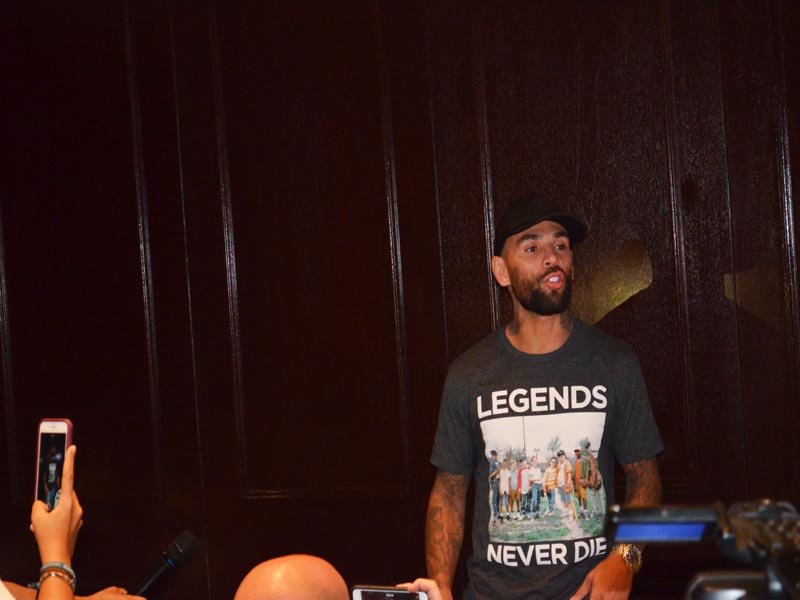 “It’s a stacked card with solid fights from top to bottom. It should be a really good night of boxing on television, and a great night of fights for Long Island.”