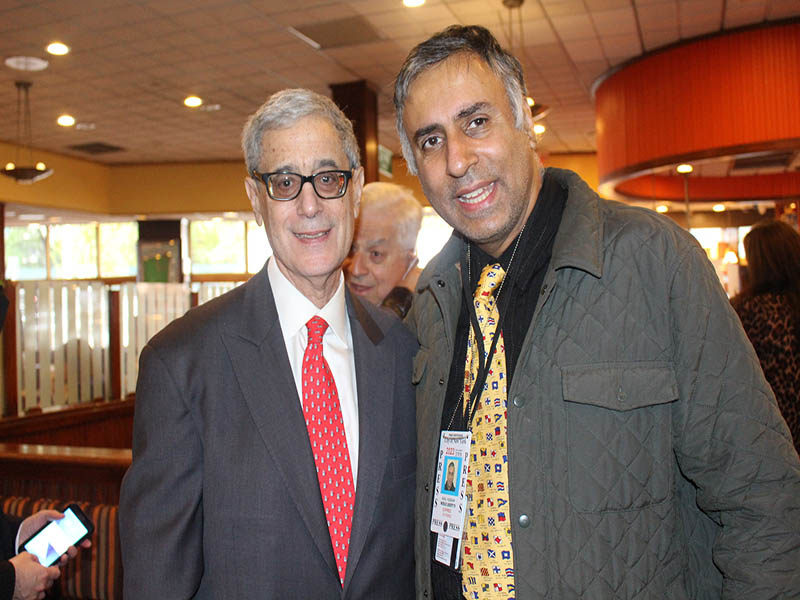 Founded and hosted for more than three decades by attorney and longtime District Leader Steve Cohn, famous for his talent “bringing people together,” the annual breakfast does exactly that. Governors, Mayor, and Governors and Mayors-To- Be would not miss this event. 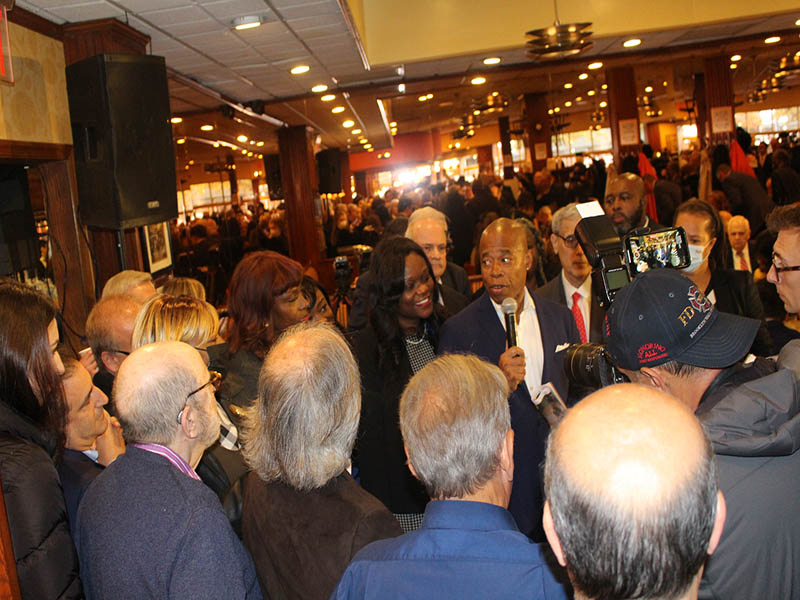 De Blasio was among at least a half-dozen high-powered New York politicians who stopped by to shake hands and chat with the wheelers and dealers of the Brooklyn machine over coffee and a spread of lox and bagels as they eye Tuesday’s general election and the coming June primary for state races. 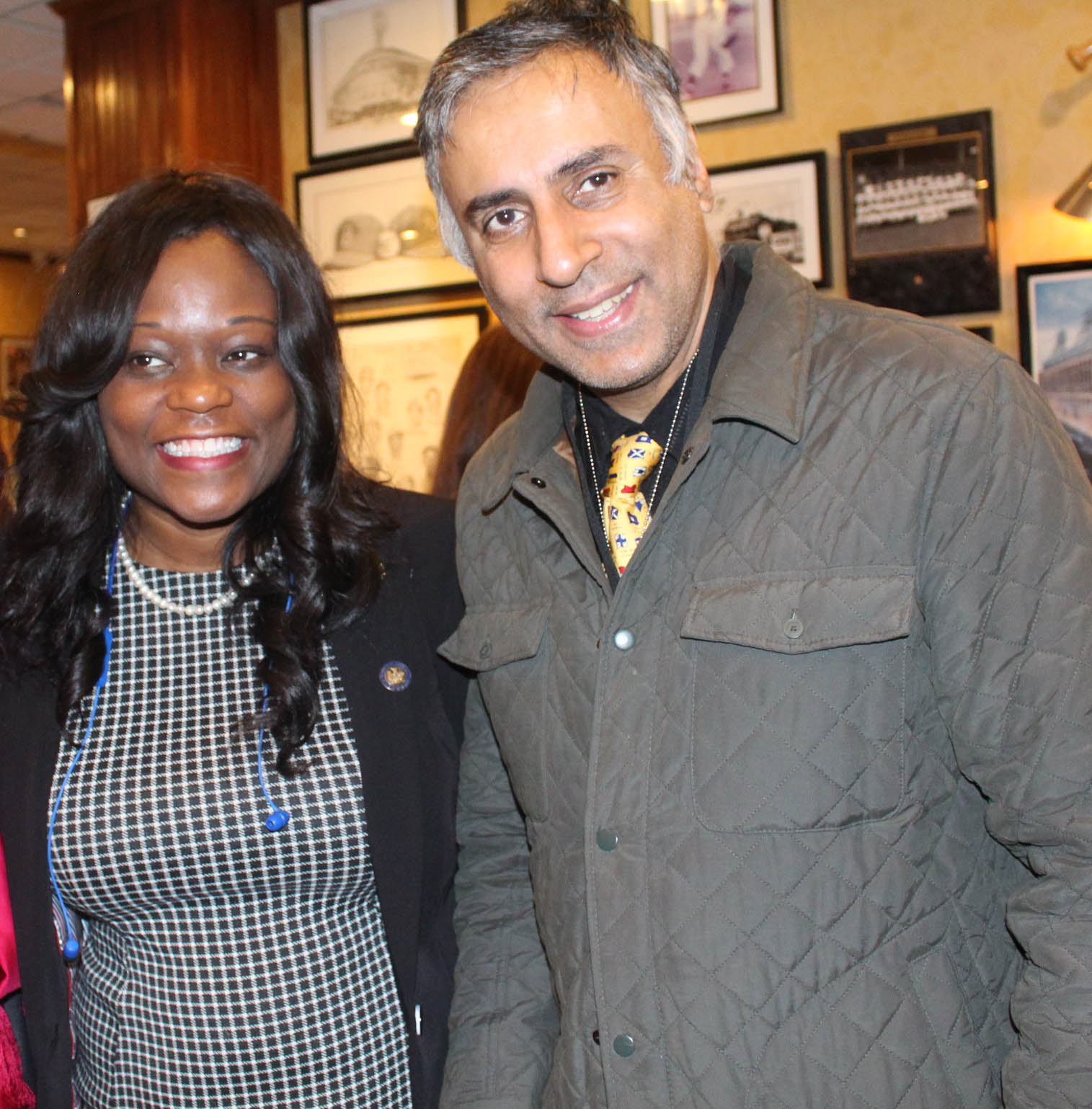 Gov. Kathy Hochul stopped by and received a polite reception as she offered a few brief remarks to the crowded room, in what will decidedly be Attorney General Letitia James’ territory. 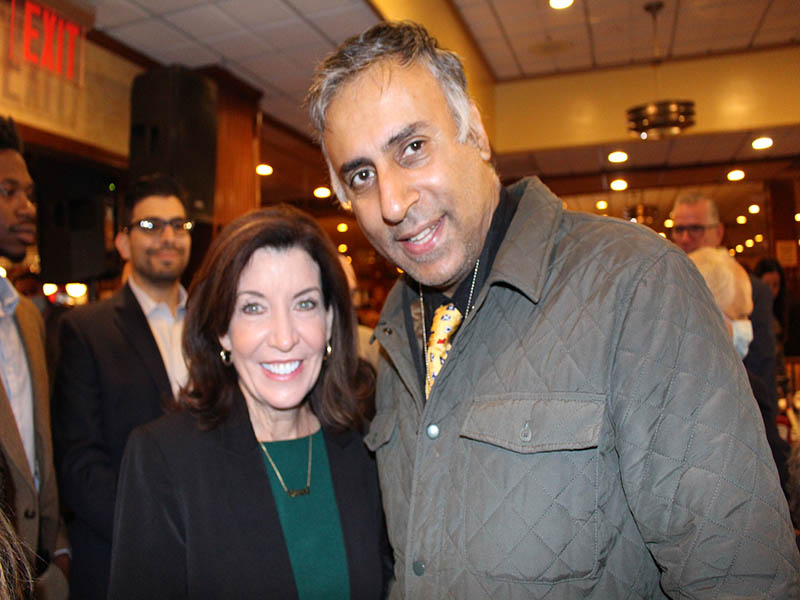 “I feel the weight of history on my shoulders because it’s my responsibility to demonstrate that a woman can govern with strength, but with heart and compassion,” she said. 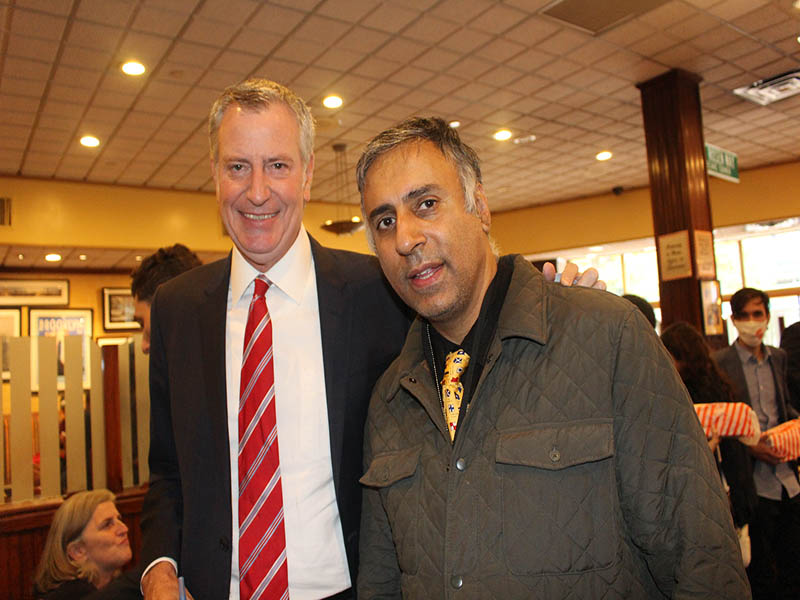 James — a veteran of Brooklyn politics, who once represented the borough on the City Council — showed up roughly an hour later and received a rousing introduction from the chairwoman of the Kings County party, Assemblywoman Rodneyse Bichotte Hermelyn. 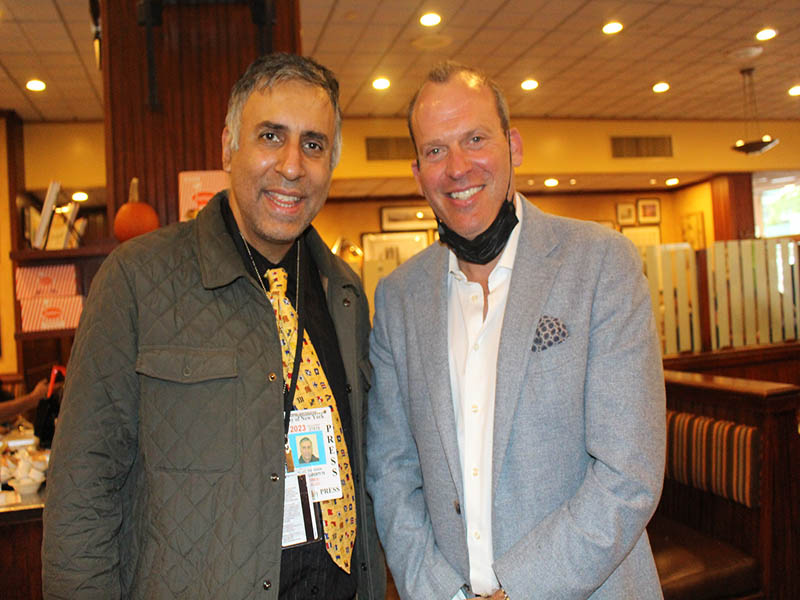 “Our rights are being threatened each and every day,” James said in short remarks that felt like they could easily be incorporated into a stump speech, though she did not address her specific plans for 2022. 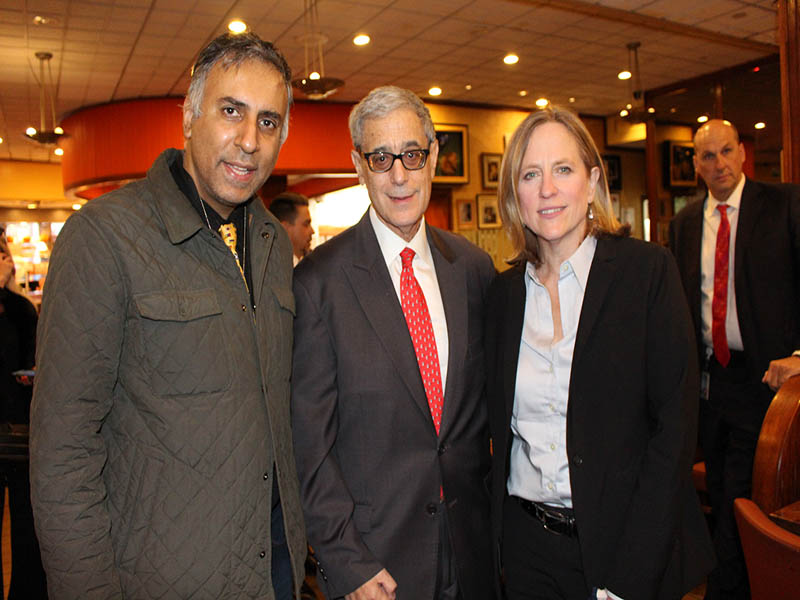 “If there’s one thing I’m clear on, I’m not going to win being in Junior’s this morning. I have to hit the streets,” Brooklyn Borough President Eric Adams, the heavy favorite to be elected New York’s next mayor on Tuesday, said in brief remarks, beseeching the regulars to turn out at the polls before he left for a rally in Midtown. 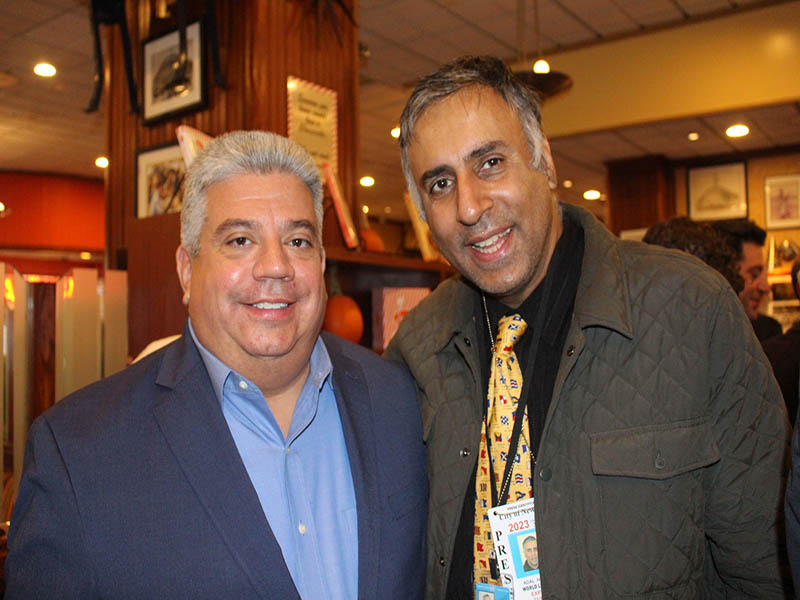 “We’re going to go out and do what’s needed to bring the voters home,” the BP continued. “You don’t win a baseball game in the eighth inning, no premature celebrations. There’s a ninth inning that takes place on Nov. 2 Tuesday.” 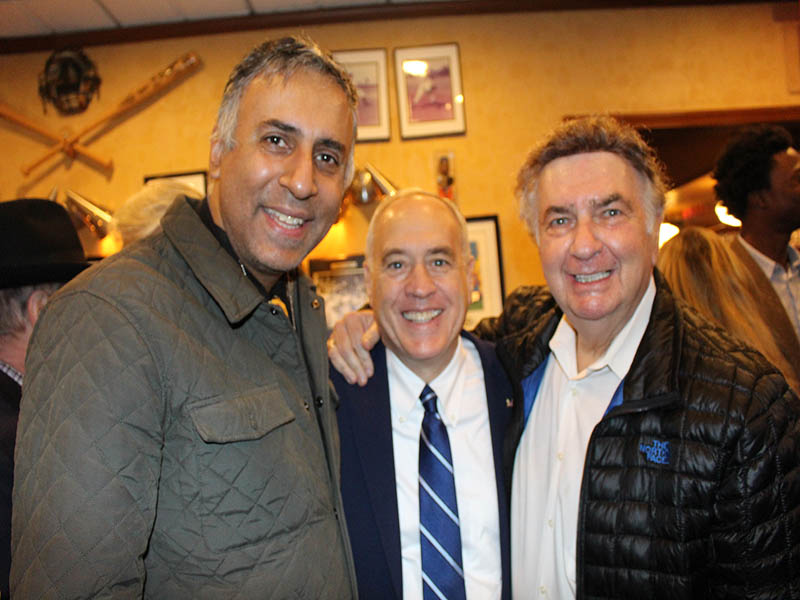 Hizzoner, the man Adams seeks to succeed, stopped by as well to shake hands and offer his own brief remarks — even as he continues to refuse to allow reporters to attend his daily briefings in person — as he eyes his own 2022 gubernatorial bid. 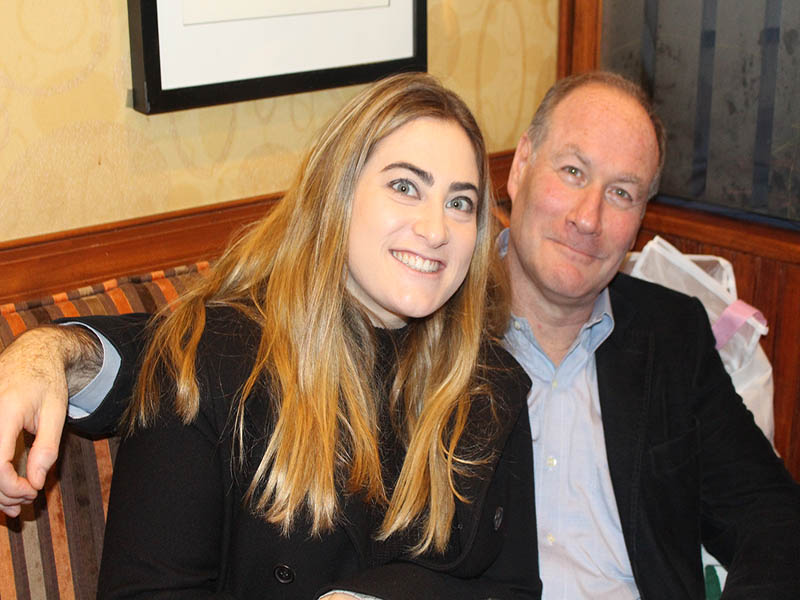 Jeffrey Wiesenfeld with his daughter

“We’ve got a lot more to do in this city — and in this state,” said de Blasio, in a not-so-subtle reference to his own ambitions, as he strained to be heard over the din of small talk. 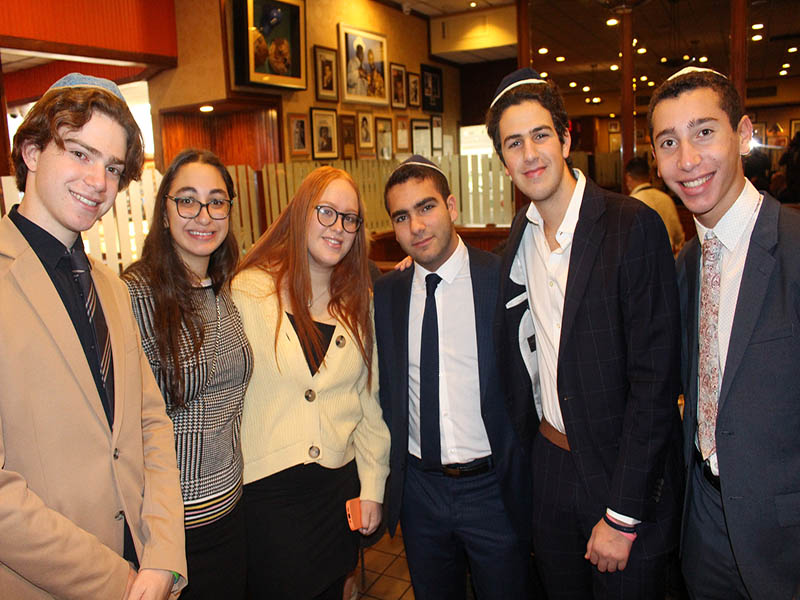 “First of all, we need to keep Brooklyn in control of City Hall,” the mayor joked, reiterating his support for Adams, and then quickly added: “By the way, shouldn’t Brooklyn be in charge maybe farther north as well?” 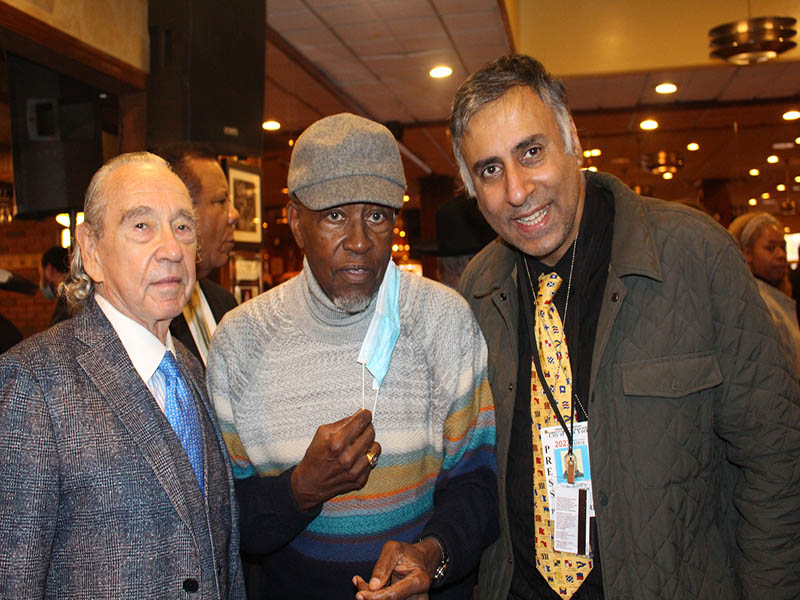 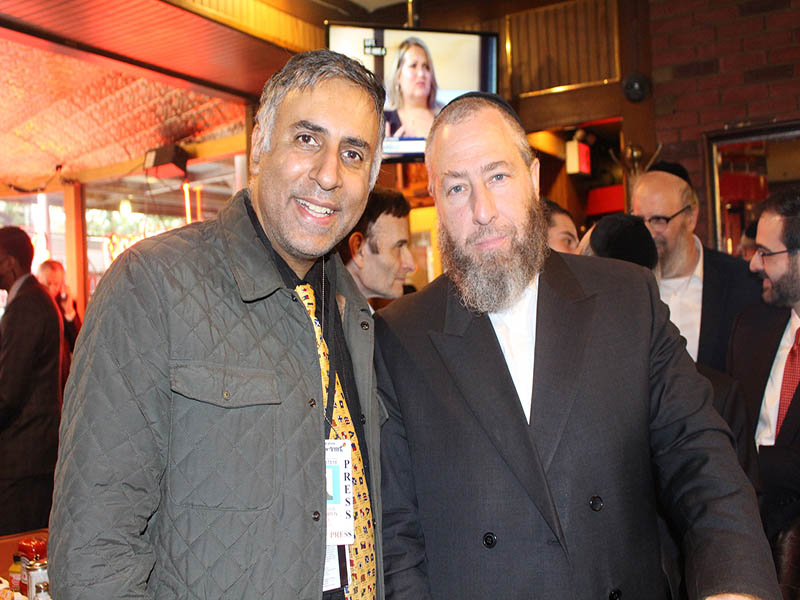 The breakfast’s organizer — longtime district leader Steve Cohn — introduced Gonzalez by joking to the audience they need not worry about parking tickets they might incur from their presence. “Don’t worry, we’ll take care of it,” Cohn quipped to laughs. 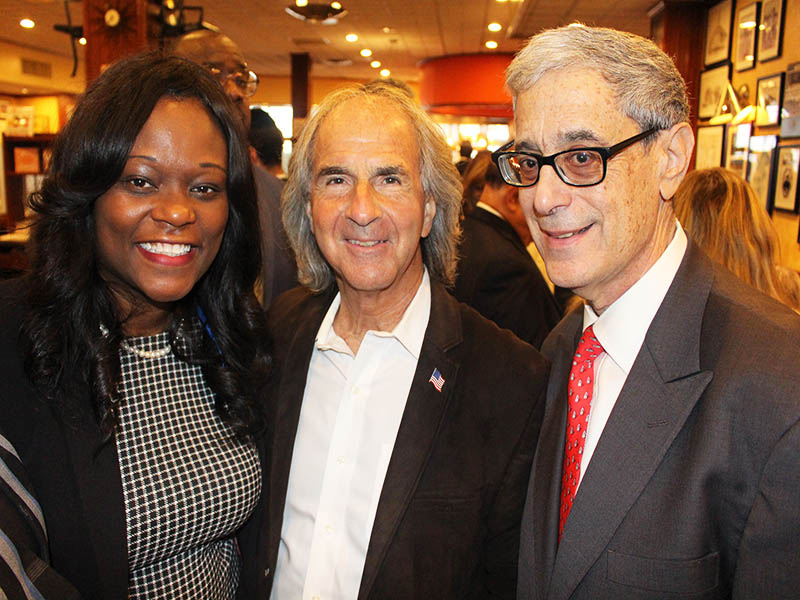 It was World Liberty TV, Teams 10th year covering Steve Cohn’s annual breakfast in our World Liberty TV, Political Channels and blogs, we like to thank Steve Cohn our dear friend for his kind invites and Ezra Friedlander for inviting us on a yearly basis. 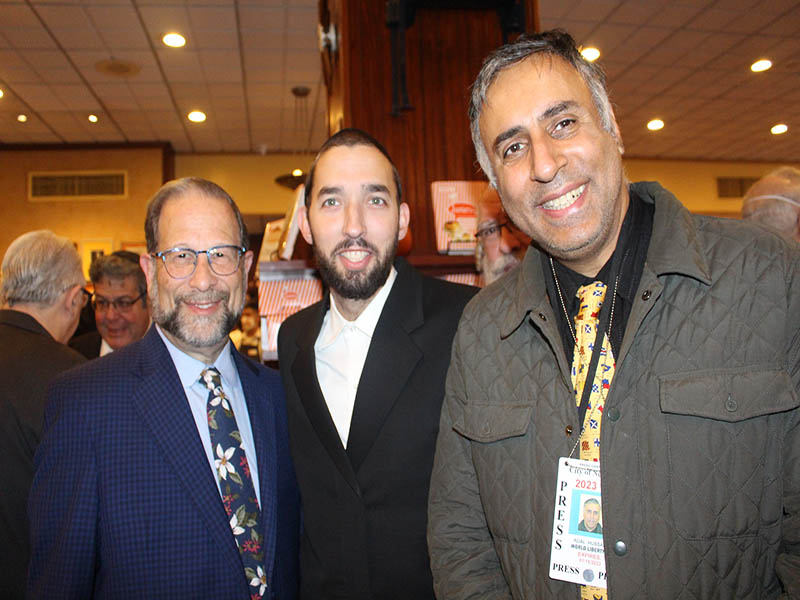 See more  about Politics in our World Liberty TV, political Channels and blogs by clicking here.