The New York Women’s Foundation 2018 Radical Generosity Gala Celebrates the Me Too Movement. 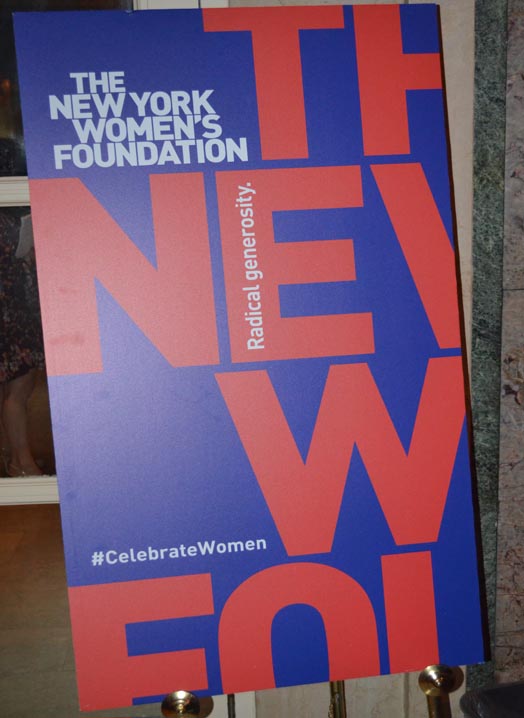 The New York Women’s Foundation (The Foundation) celebrated the anniversary of the Me Too Movement on Monday, October 15 at its annual Radical Generosity Gala honoring actress and activist Alyssa Milano and Sony/ATV recording artists and songwriters Haley & Michaels.  Tarana Burke, Founder and Leader of the ‘me too.’ Movement presented their awards. Also recognized for their leadership and contributions to empowering women were Mary T. Bassett, MD, MPH, Director of the FXB Center for Health and Human Rights at Harvard University and the co-founders of media company Level Forward, Abigail E. Disney, Adrienne Becker, Rachel Gould, and Angie G. Wang. 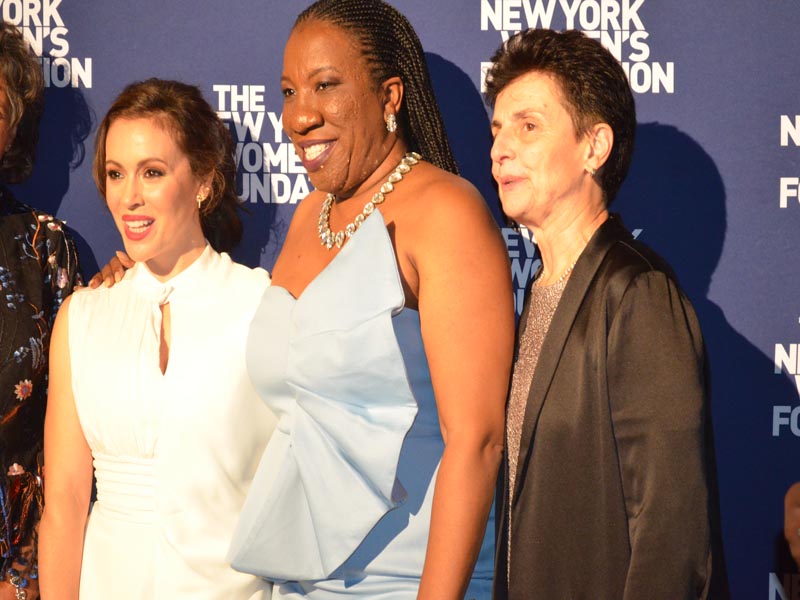 Approximately 300 guests attended the annual event at The Plaza, which was co-chaired by Jean Shafiroff and Lola C. West and raised funds to support The Foundation’s work investing in women’s leadership and bold, community-led solutions to create an equitable and just future for women and families. 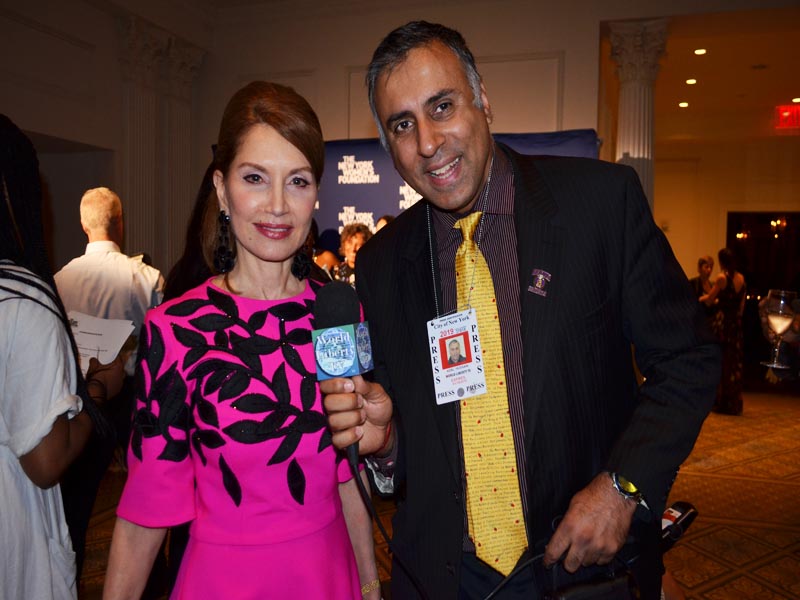 Dr.Abbey with Jean Shafiroff Socialite and Co-Chair of Gala 2018

Ana Oliveira, President and CEO of The Foundation, said, “The 2018 Radical Generosity honorees have distinguished themselves in their respective careers as fighters for social justice. We celebrate them for their courage, commitment, conscience and passion, for not accepting the status quo, and for envisioning what could be. Their words and actions have moved us closer to a more equitable world for women, girls and their communities in need.  I thank them for their contributions, and also our gala co-chairs Jean Shafiroff and Lola C. West, whose generosity and tireless work on behalf of The New York Women’s Foundation makes our philanthropy possible.” 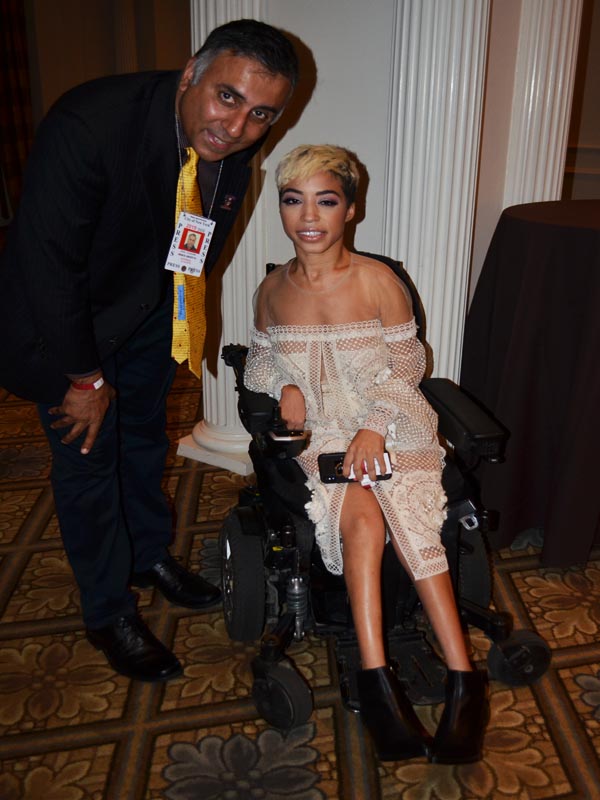 Actress and activist Alyssa Milano uses her voice and influence to advocate for social justice, fairness and equality. A driving force behind the viral movement of women fighting against sexual harassment and assault, she helped propel the spread of the #metoo hashtag. In addition, Ms. Milano is one of the founders of NoRA, a coalition dedicated to combating the NRA money in political campaigns, is on the national advisory board of the ERA Coalition, and has been a UNICEF National Ambassador for the last 15 years. 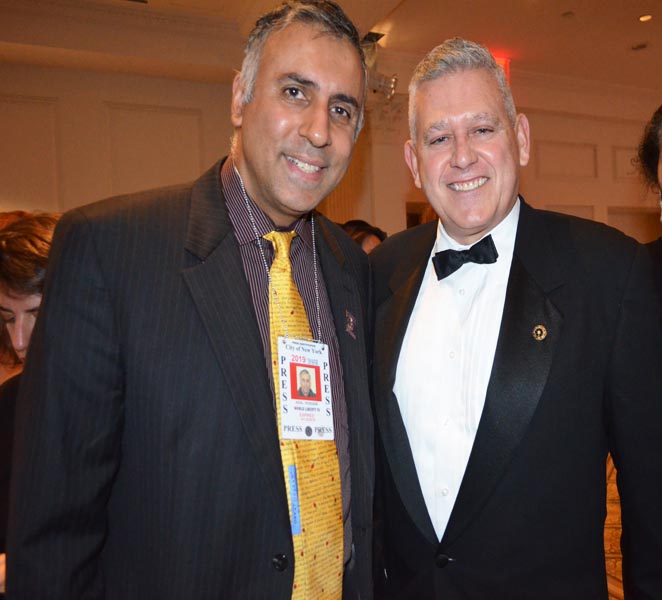 Nashville-based country duo Haley & Michaels, Sony/ATV recording artists and songwriters, pledged support of the #metoo movement with their heartfelt song, “Me Too,” assuring women and men everywhere that they’re not alone, which they performed at the gala. Collaborating with Tarana Burke, the song was featured in TIME and took them to #1 on County Music Television (CMT) for two weeks in 2017. 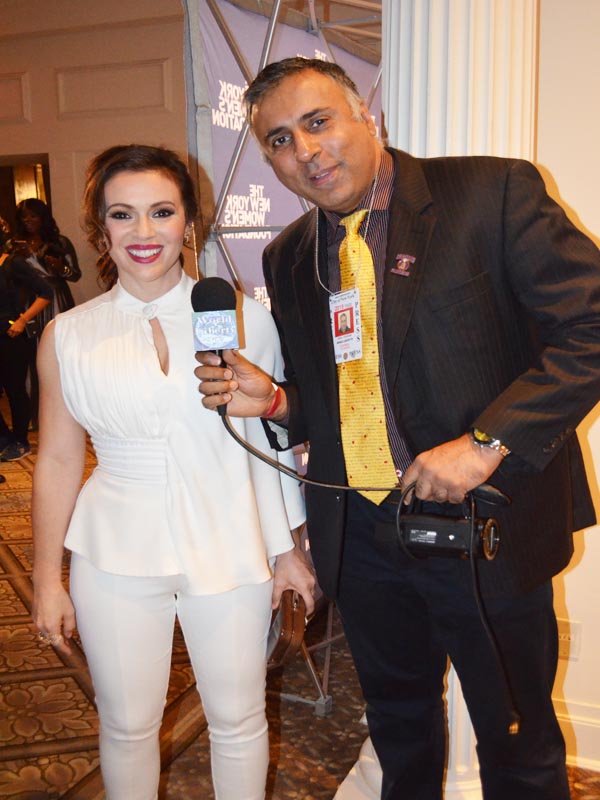 With more than 30 years of experience in public health, Mary T. Bassett, MD, MPH, Director of the FXB Center for Health and Human Rights at Harvard University, has dedicated her career to advancing health equity in New York and abroad. Prior to her current role, Dr. Basset served as Commissioner of Health and Mental Hygiene for New York City and served previously as its Deputy Commissioner of Health Promotion and Disease Prevention, where she worked to address inequities and the persistent racial gaps in health outcomes for New Yorkers and to make health and social services more accessible to underinvested communities.  She also served as Associate Director of Health Equity at the Rockefeller Foundation’s South Africa office. 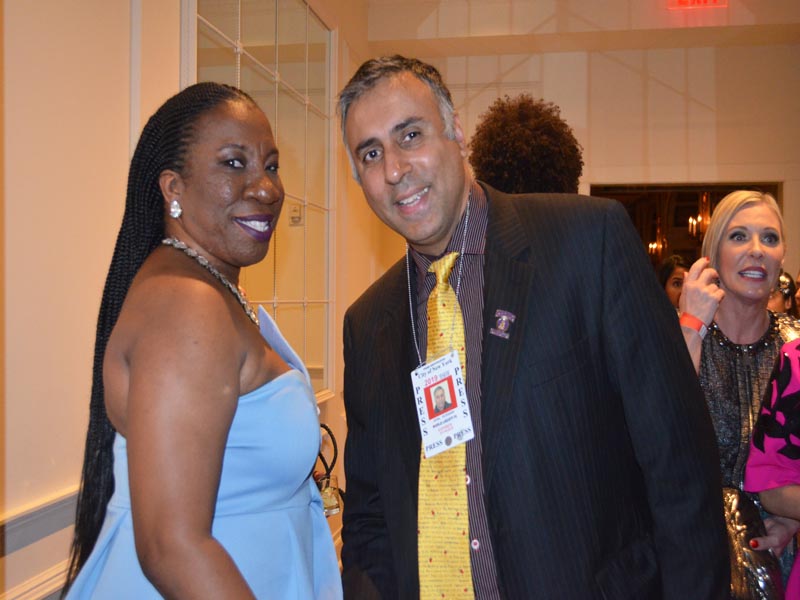 The media company Level Forward, formed by philanthropist and filmmaker Abigail Disney and Killer Content Inc.’s co-founders Adrienne Becker, Rachel Gould, and Angie G. Wang, aims to support projects that are driven by women and persons of color. The founders are committed to innovation and inclusion throughout all creative and business processes. In early 2018, Level Forward was one of the women-led organizations that bid to purchase Weinstein Co. after the company went bankrupt due to sexual assault and harassment allegations against co-founder Harvey Weinstein. 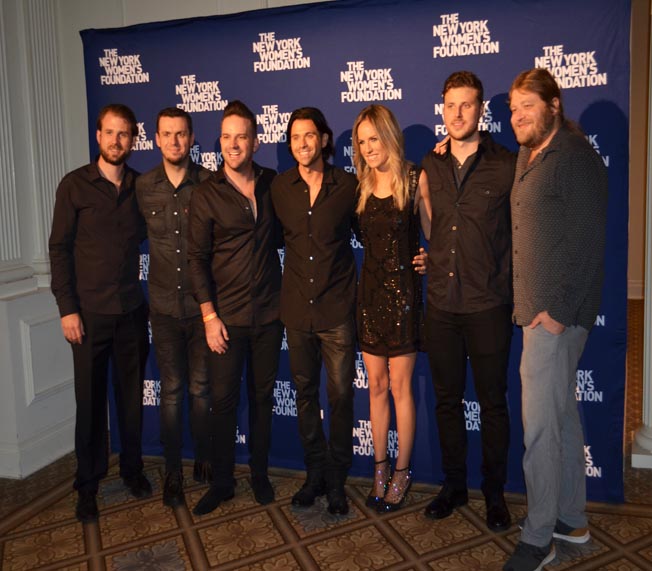 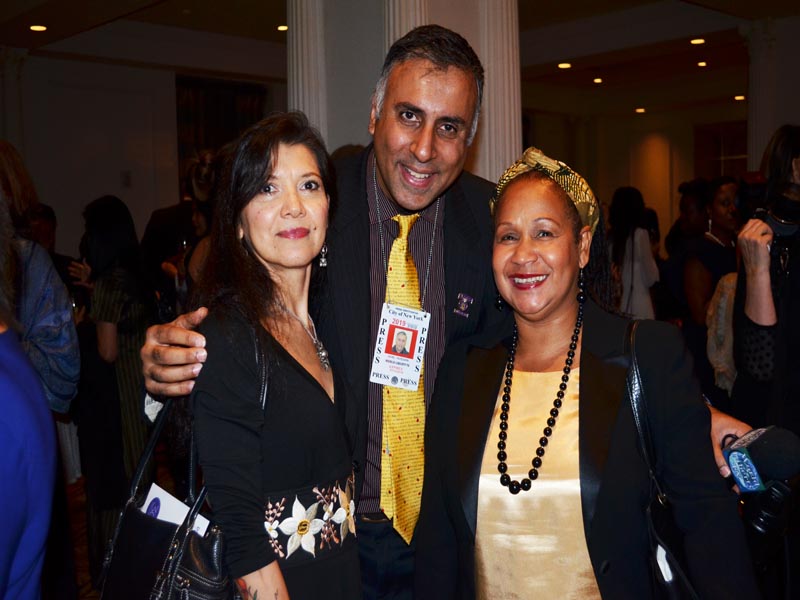 A highlight of the evening was the announcement of the first grant recipients of the Fund to Support the Me Too Movement and Allies by Ms. Oliveira.  A total of $840,000 was awarded to eight community-based organizations from around the country working to end sexual violence, promote the healing of survivors, and uplift their leadership.  The fund was launched in May at The Foundation’s Celebrating Women® Breakfast, where Ms. Burke was honored for her work as an advocate for survivors of sexual violence. 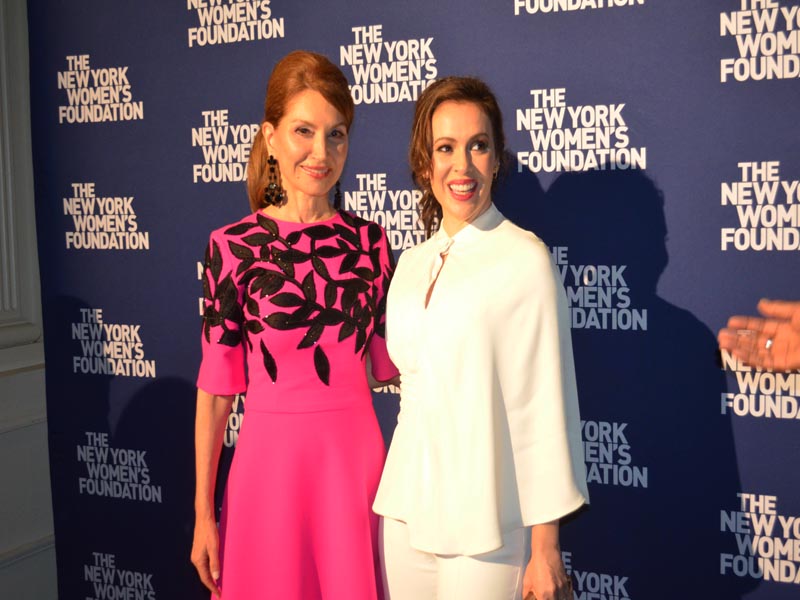 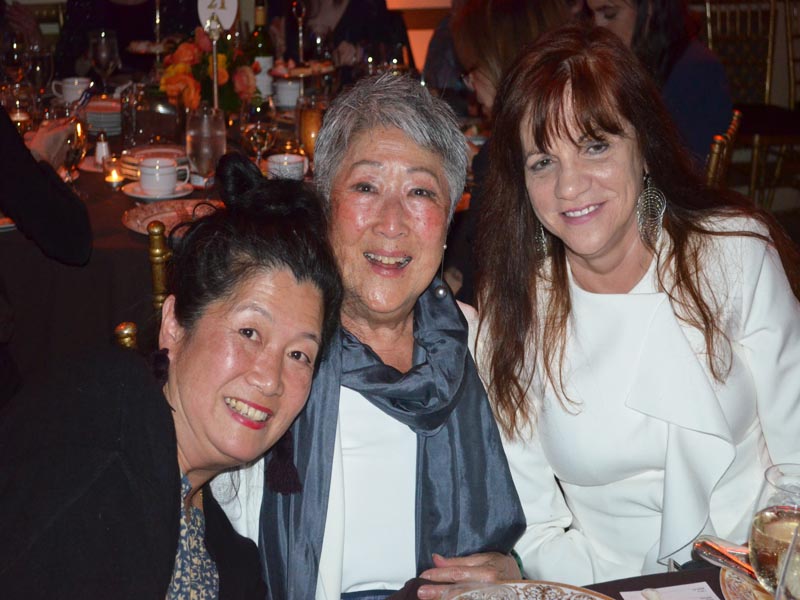 The Foundation’s grant making places it at the top of public women’s foundations in the United States, and in the top two in the world. We invest in women-led, community-based solutions that promote the economic security, safety, and health of the most vulnerable women in New York City. 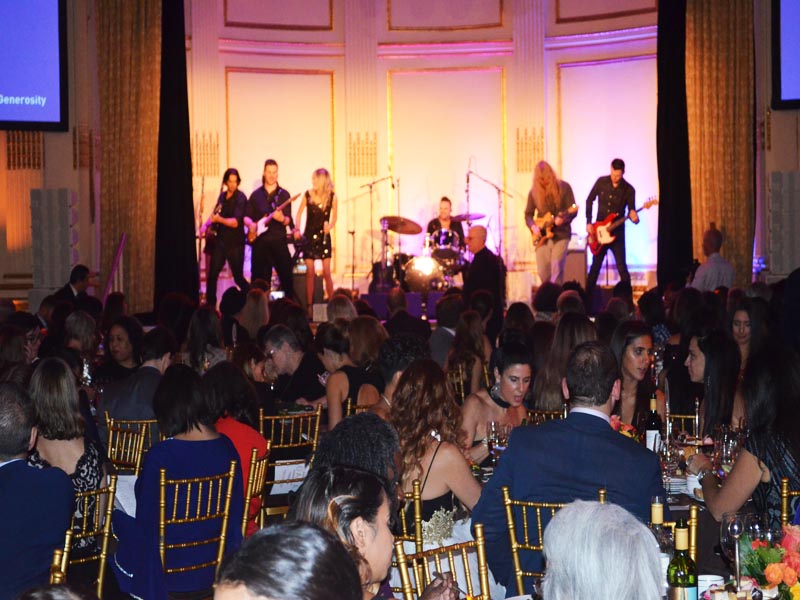 Close to 300 People in attendance

We foster women’s leadership, create partnerships that spark catalytic change, exchange insights with experts across sectors, and empower women by training them in activism and philanthropy to accelerate and sustain forward progress.