By; Betty Coker, Editor in Chief for World Liberty TV

We covered close to 20 designers throughout the USA, with many designs which have not be Shown that were being shown for the first time.

Designer Madeline White of Vegetarian Viking LLC with her models

The fashion shows were checking every one’s vaccination card or you had to have a Covid test done and show proof before entering the fashion shows, everyone was wearing masks at all times as advised by CDC. 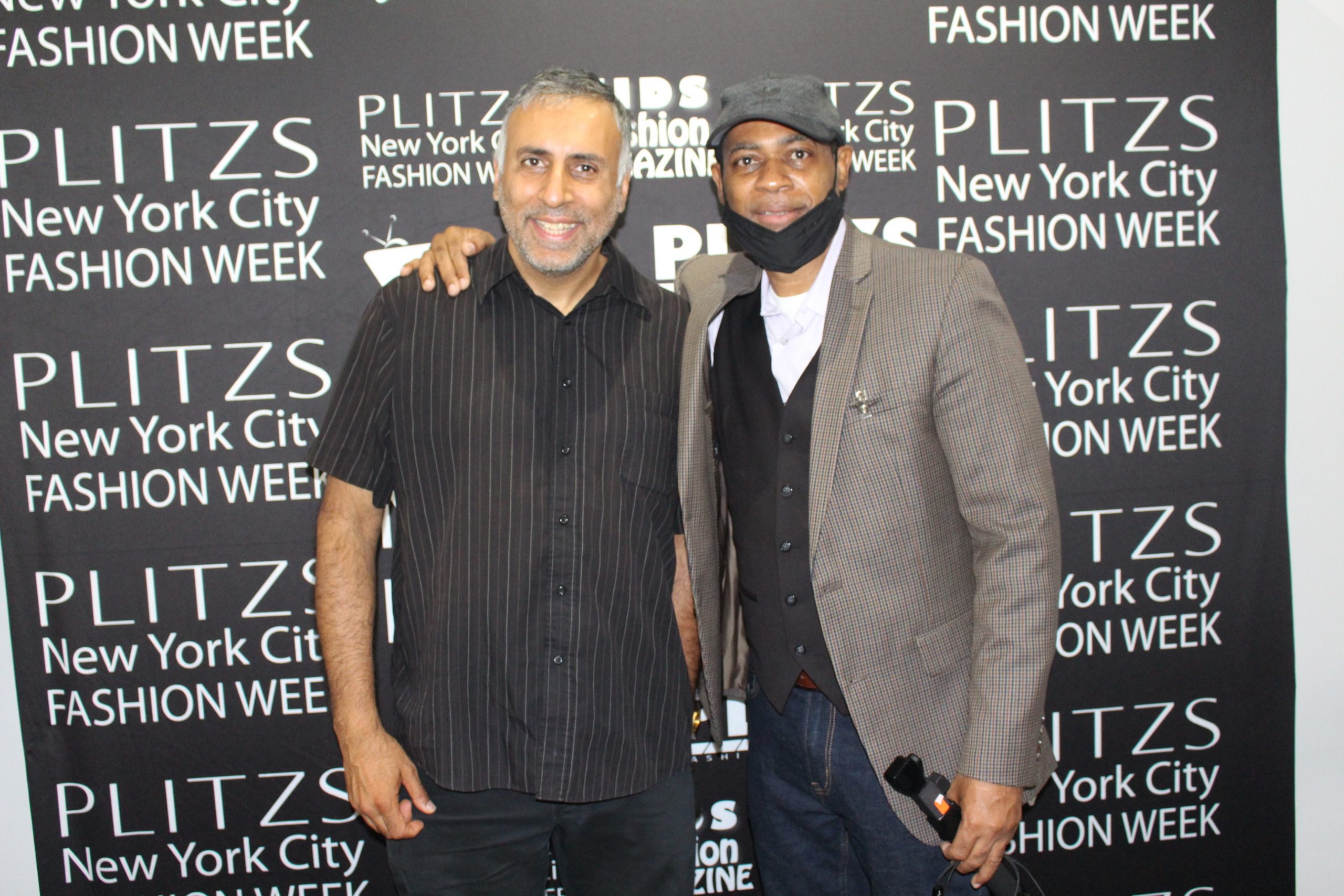 We want to start of with Plitz fashion Week, founded by Wayne shields who have been doing fashion shows in New York and USA, over 20 years and showcasing designers from all over the world. 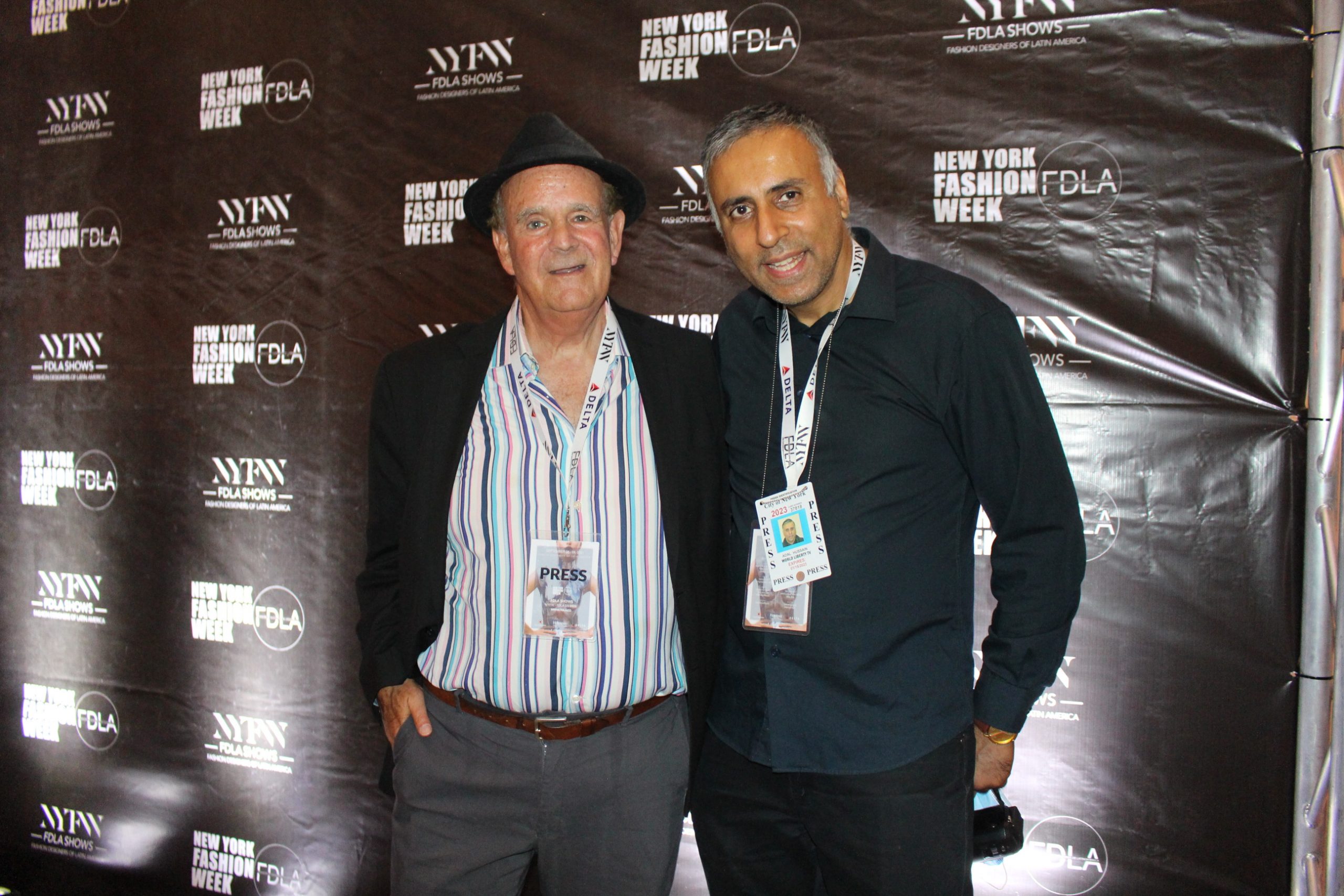 The brand of Ashley Noxolo experienced its growth almost immediately with vintage clothing reconstruction that led to the creative working some brand magic with heels, turning them into an original, hand-crafted collectible fashion piece. In the beginning, there was Ashley Hart Shoe Designs, the first and only Mississippi-based shoe designer to display a collection for New York Fashion Week in 2011. 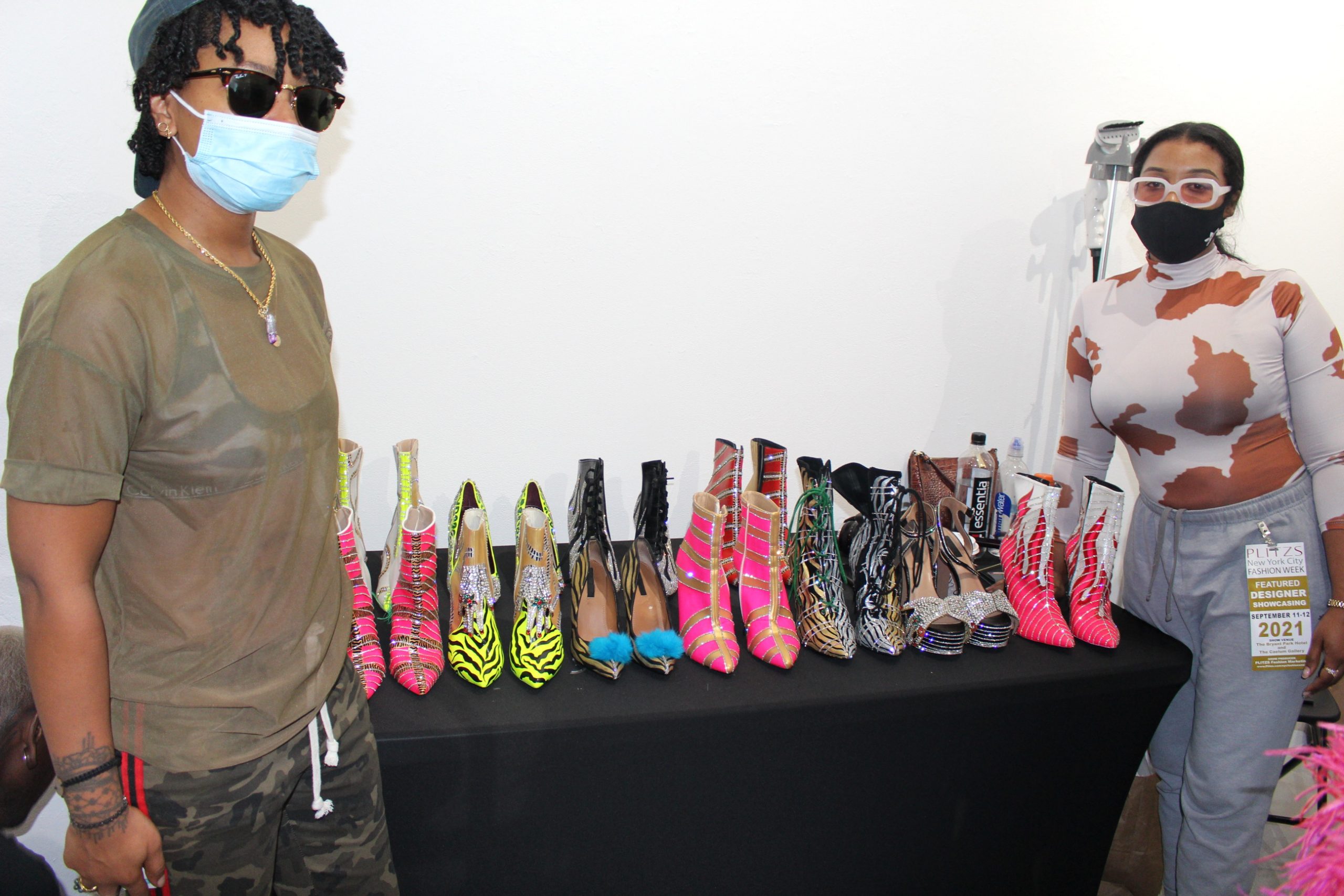 The brand was also the official sponsor for Celebrity Designer Stevie Boi’s “CoExist” collection, which debuted at Bryant Park Hotel in Manhattan, completing two shows for NYFW 2011. Ashley was afforded the opportunity due to her innovative creations of hand-painted and jeweled shoes. With designs ranging from a variety of colors, mediums, and designs, Ashley Hart Shoes Designs has evolved into its own brand, Ashley Noxolo. Passionate about redefining fashion in an individualistic way is why this brand has remained attached to originality and personality when designing for clients.

Born and raised in Mississippi, where fashion can seem scarce, Ashley Noxolo’s designs have made room for clients to create the fashion they desire instead of relying on repeated patterns found in the world of retail. Ashley Noxolo is a fashion curator and stylist that specializes in custom shoes and apparel designs. At the start of her fashion design career, she explored the reconstruction of apparel that led to the customization of shoes. Understanding fashion was the career path she wanted to pursue, the designer took things further and launched her first fashion show “The Innovation” in 2011, the year everything began to bloom. Through the brand’s growth, her designs have been featured in several mainstream Fashion Shows. Female rapper Lola Monroe was the first artist to be pictured in Ashley Hart Shoe Designs for her “Run The World,” (2011) music video, styled by Celebrity Fashion Stylist Stevie Boi. 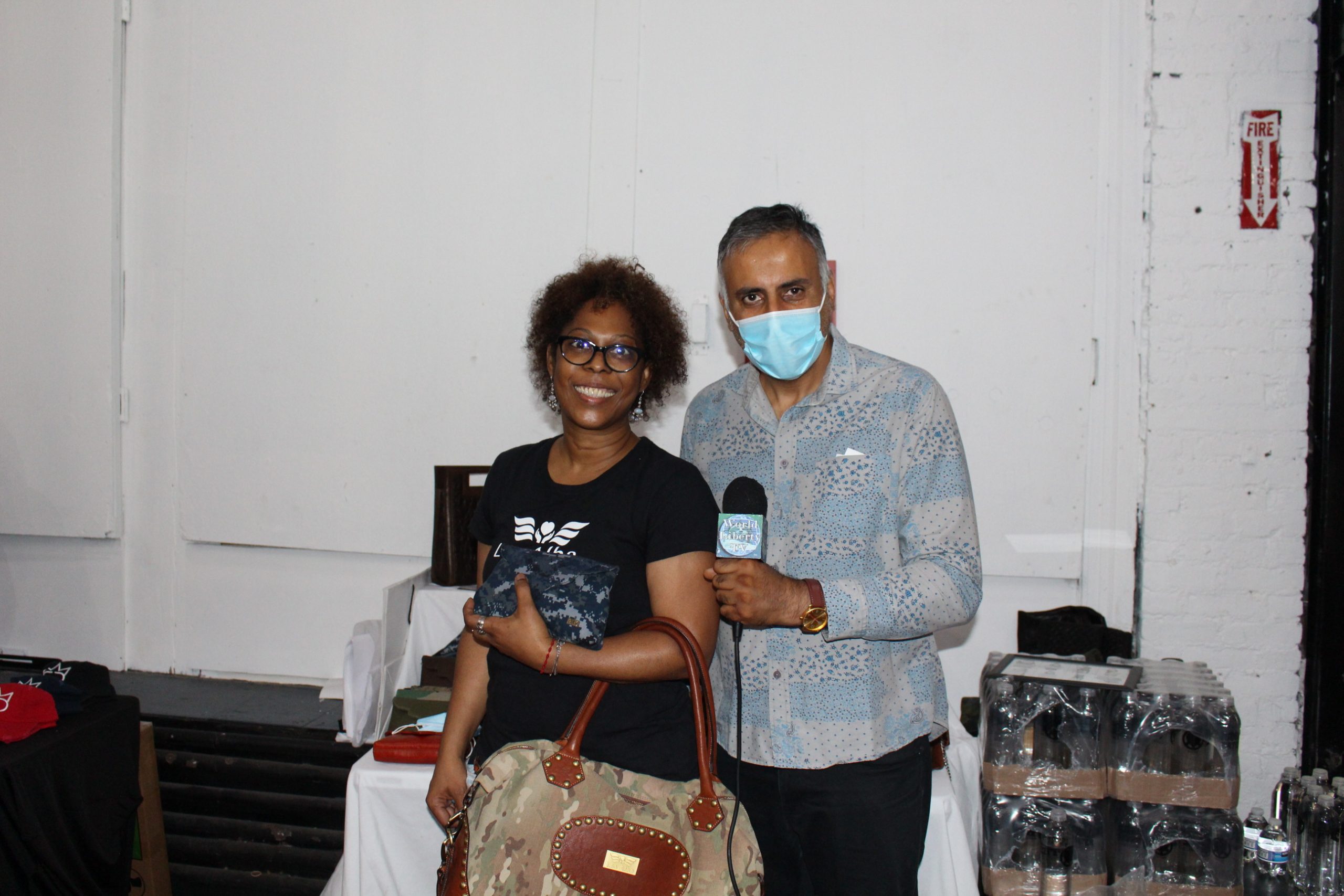 Following a collaboration shoot with Celebrity Fashion Stylist Kollin Carter for female rapper Lola Monroe, in 2013, the designer became a finalist for Belk’s Southern Designer Showcase of the South. Several collections have been released over the course of ten years, which include, “Ginger and Penelope,” “Pink Matter,” and “Noxo Couture.” In 2015, the designer began experimenting with painting denim jeans and other textiles, which plays a significant role in her SS21 Collection. Now presently preparing for her second trip to NYFW ten years later, the designer has evolved at her own pace still maintaining her level of passion for fashion and designing. To purchase or learn more about Ashley Noxolo click here for more information. 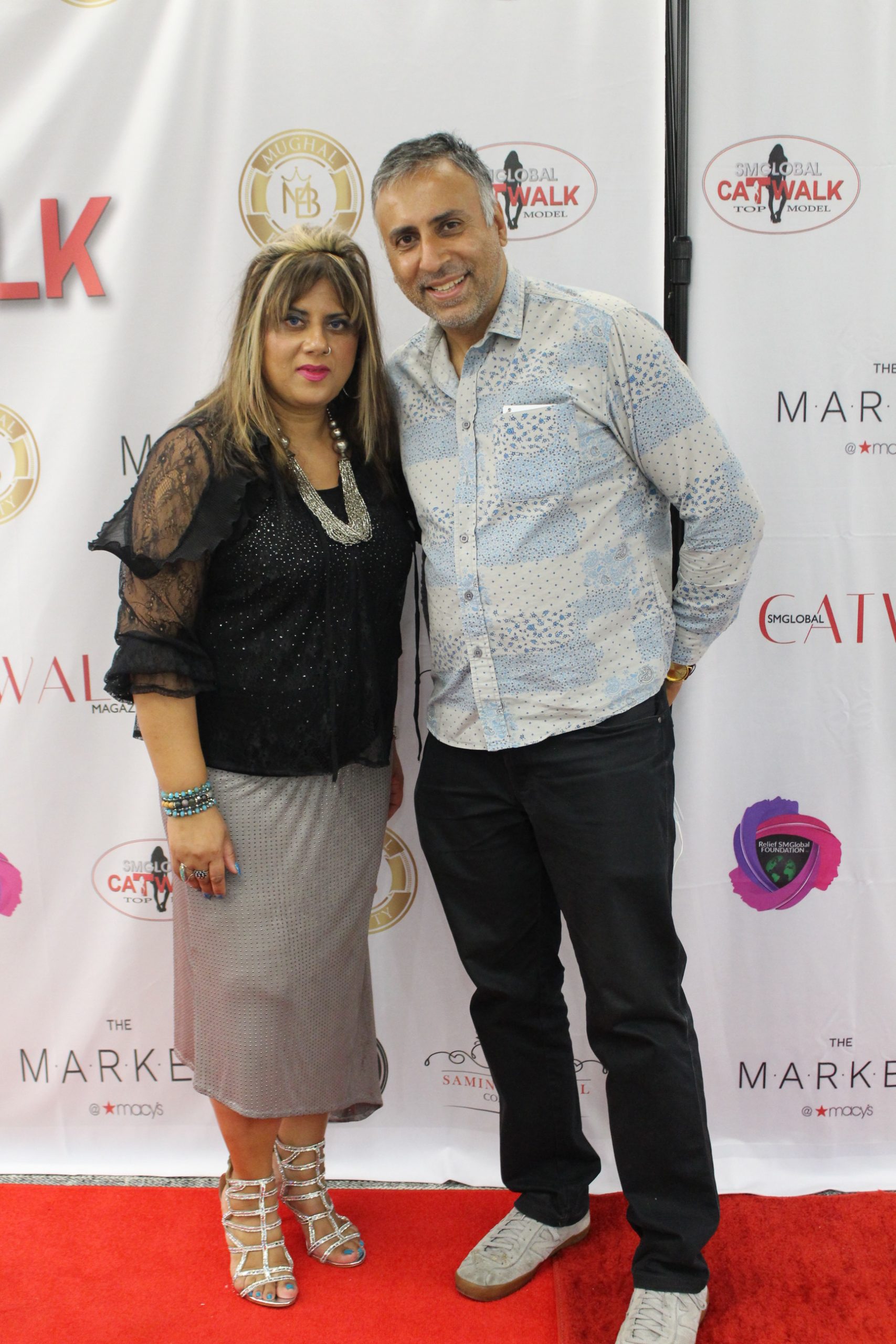 The Next Fashion Show we covered was by Small Boutique Fashion Week Runway Show and Market NYC. SBFW is the largest event geared toward independent fashion brands. Founded in 2012 SBFW has displayed the collections of some of fashion’s most powerful independent fashion labels.

Over 1000+ brands, have been featured at this highly anticipated event and Small Boutique Fashion Week has been featured in many notable publications including Forbes, Vogue, and Fox Business Network. 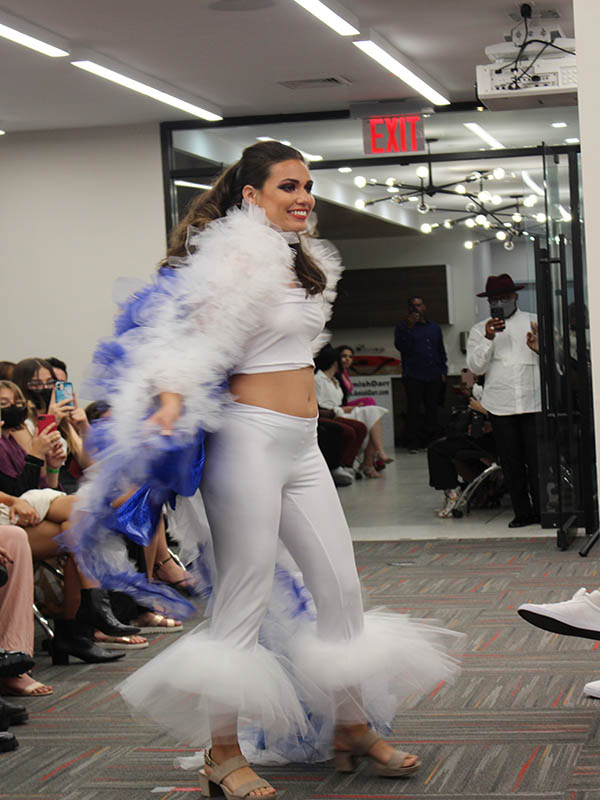 Small Boutique Fashion Week has a history of enhancing the careers of its participants, and is always on the hunt for emerging designers that are eager to take their business to the next level. Headed by Preston and his team. We were very happy to showcase many designers in our World Liberty TV, Fashion Channels and also we had the pleasure on interviewing Johanny Puello, co-founder of Las Alba Bags. Las Alba is own by sisters Angelina and Johanny Puello. Their artisanal handbags are made in all repurposed military uniforms or in all leather or/and repurposed military uniforms & leather in Tuscany, Italy and New Jersey, USA.  Our cousins Paola & Candy Rodriguez (Paraca) make the crochet bags in the Dominican Republic. 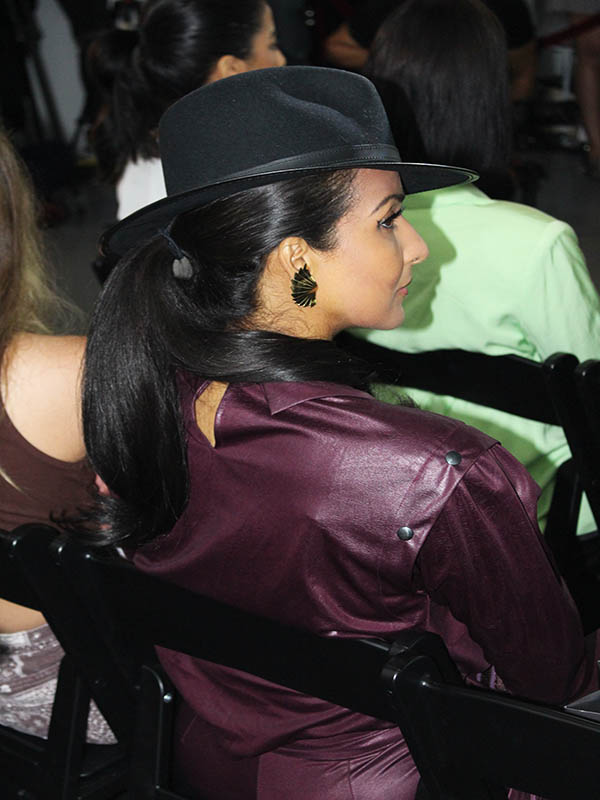 Look of an Model

Angelina is a Nurse who has been in the Navy for 15 years.  Johanny is a Fashion Photographer and Fashion Designer who developed an interest in human behavior and obtained degrees in Forensic Psychology and Special Early Childhood Education.  Their bifurcated careers merged when Johanny asked Angelina for one of her old uniforms to make a bag, from there, the idea organically came into vision, “Why not take these uniforms, which often are thrown, away or shredded and give something back to the people that served and sweat in them.” Proceeds from all sales will go towards scholarships for low income students interested in studying or doing research on PTSD, mental health, traumatic brain injury and/or memory and the mental health of veterans

The uniforms used in our production come from donations from family members and friends.

The uniforms used in our production come from donations from family members and friends.  We would like to give special thanks to the Humble and Roberts Family and the BPC Clothing Ministry for their donations and for believing in our mission. To Purchase bags which a certain percentage will be donated to a Veteran organization. Click here for more information. 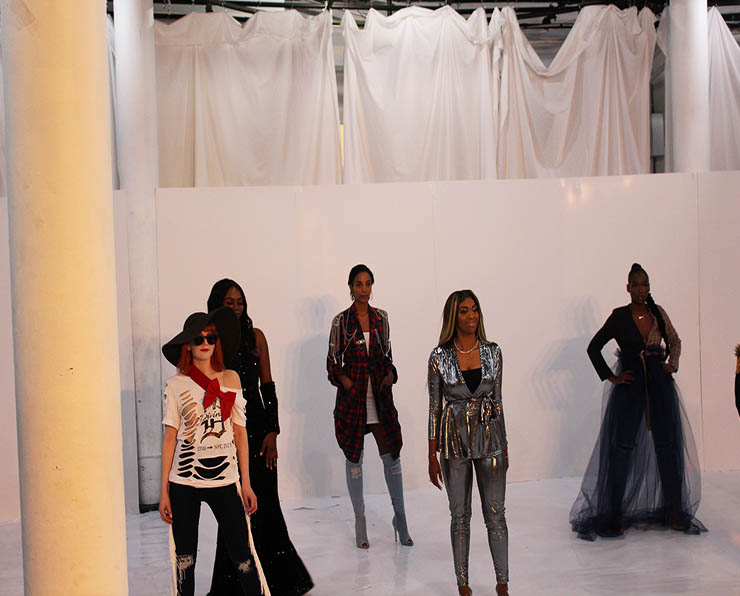 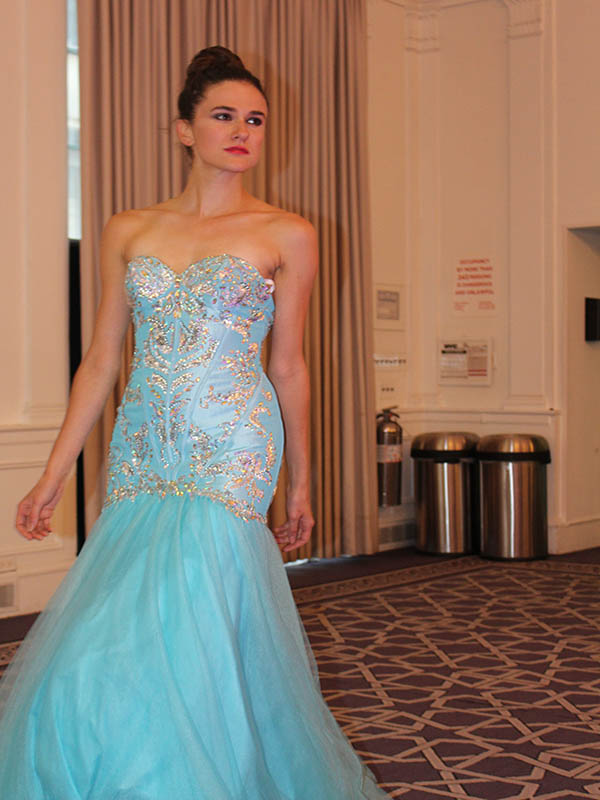