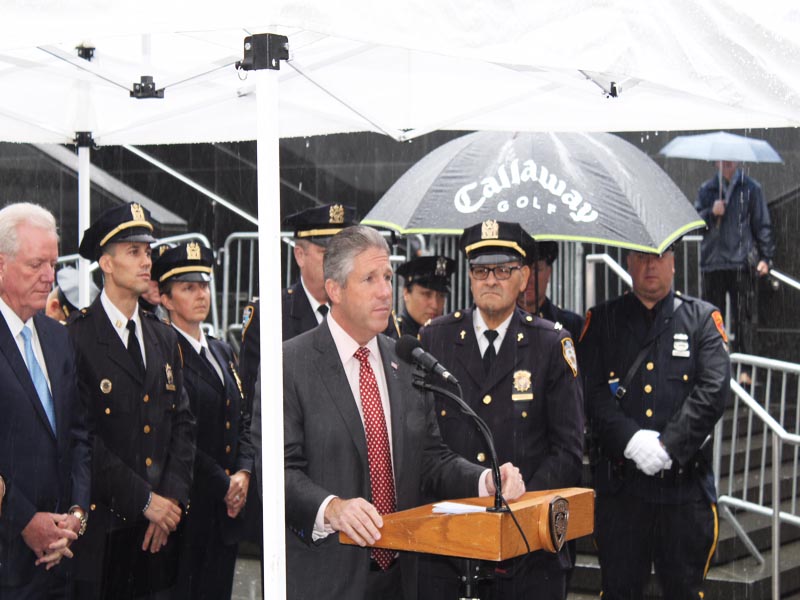 Today was the long overdue recognition for Mike Melchiona who was killed in the line of duty on the 50th St & Broadway IRT subway station on February 28, 1970.  A brass plaque will be mounted on that station in Mike’s memory.

I was speaking with Mike’s brother, Henry, this evening who told me that he and his family were overwhelmed by this tribute and the number of retirees, active police officers, Chiefs, former Transit Bureau Chief Joe Fox, and other ranking officers, PBA Pat Lynch, Deputy Commissioner Bob Ganley, and the MTA President were in attendance. 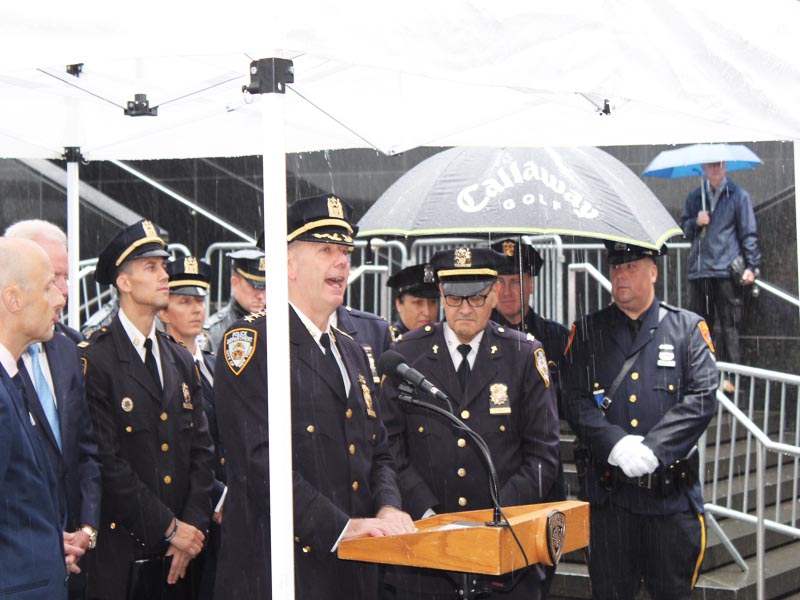 Also, in attendance were Pipes & Drums. K-9 Units and police officers from various police departments from the NY & NJ area. There were many Suffolk County Police officers including Henry’s son and nephew who are both detectives with the SCPD.

After the dedication the PBA provided a luncheon in District 1 for all the attendees and guests. This was a very proud moment for the entire Melchiona family. 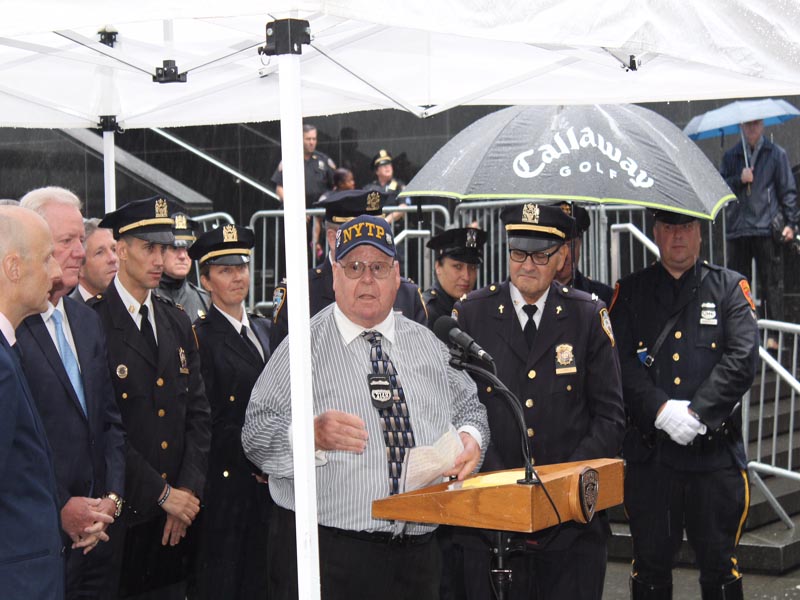 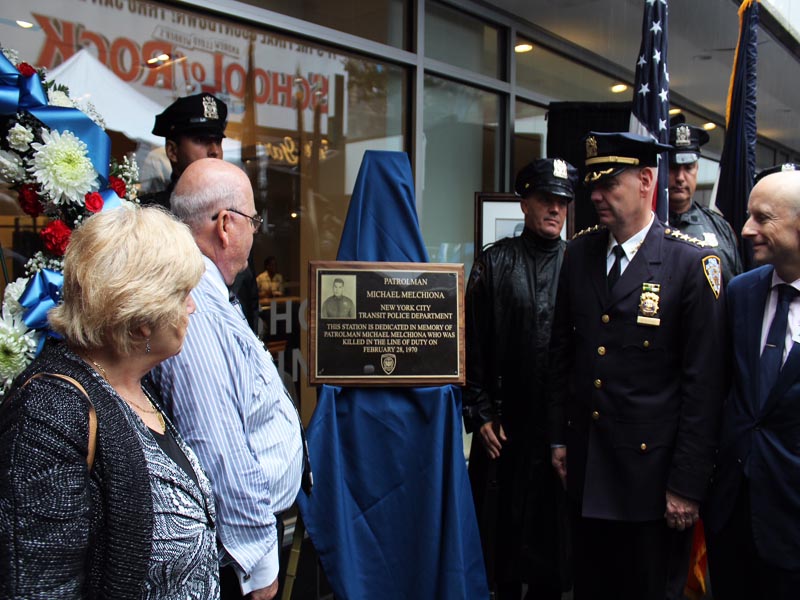 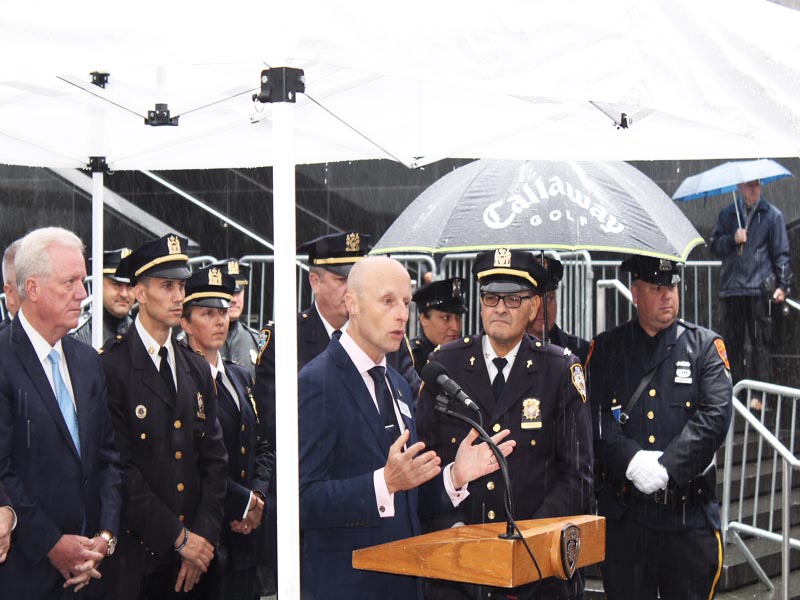 The other Patrolman continued the chase and fired multiple shots at the fleeing taxi cab, killing the suspect.Officer Melchiona had been with the agency for four years and was assigned to Transit District 1. He was survived by his wife and two young children. 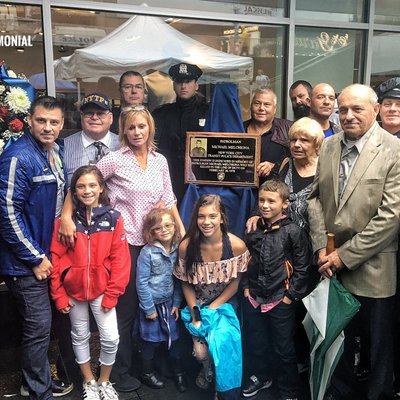 World Liberty TV Team was on hand for the Street  Naming In Memory of PTL. Michael Melchiona, who richly deserved this honor, See more in our World Liberty TV Political Channel by clicking here.