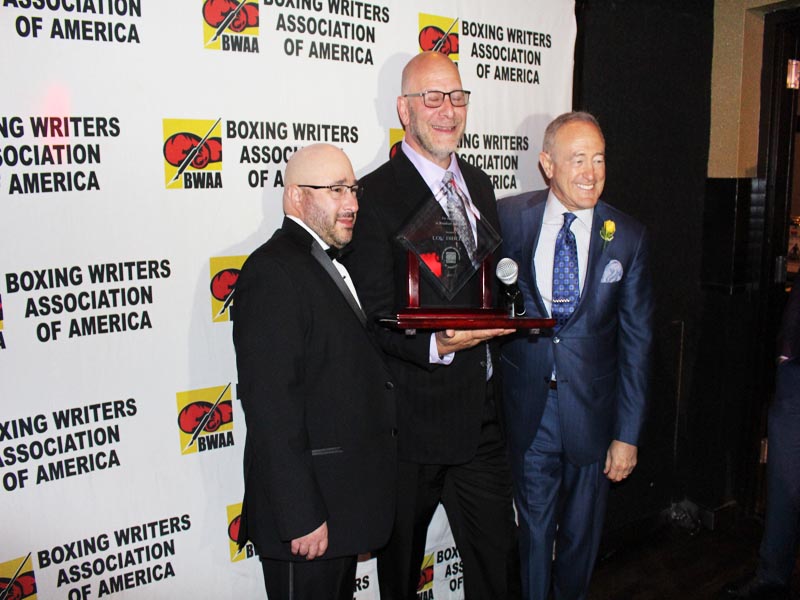 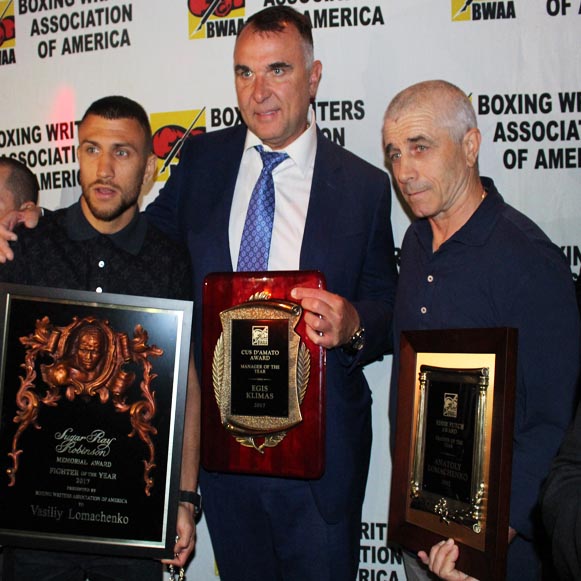 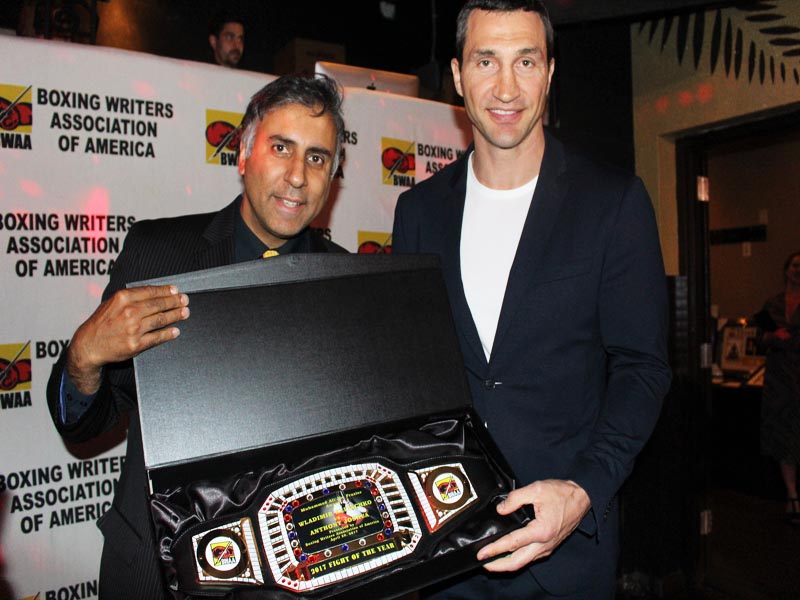 Dr.Abbey Congratulating Wladimir Klitschko on his win for Ali Frazier Award for Fight of The Year with Anthony Joshua

Some of those Jazz Age journalists who were among the BWAA’s pioneers, however, went on to become famous in allied fields of writing. Damon Runyon and Paul Gallico graduated to short-story and script writing. Ed Sullivan of the Graphic later became an internationally famous columnist for the New York Daily News and a major television personality. Nat Fleischer stayed closer to home and went on to found The Ring Magazine. 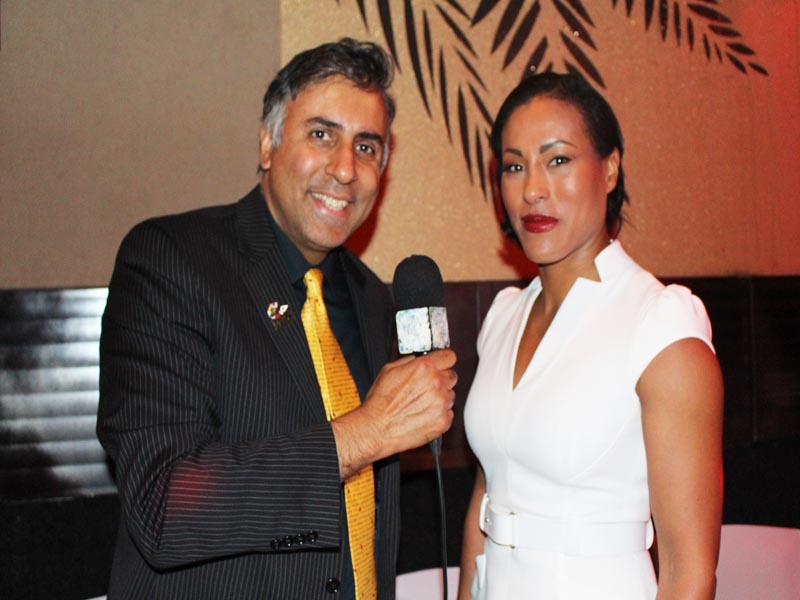 Dr.Abbey with Cecilia Braekhus Winner of The Christy Martin Award for Female Fighter of The Year

Shortly after the founding of the BWAA’s forerunner, the group decided to stage a dinner to celebrate the achievements of those within boxing, with the hope that the affair would become an annual event.It did and is still running strong today. 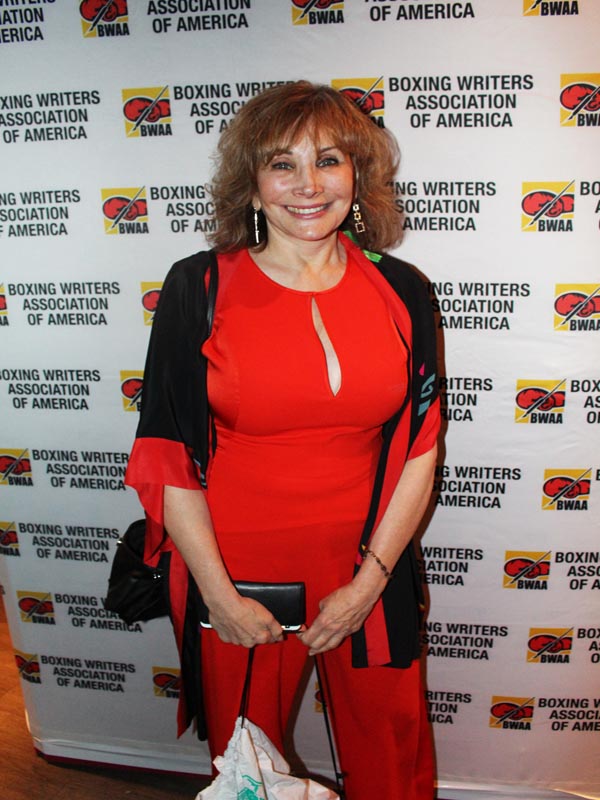 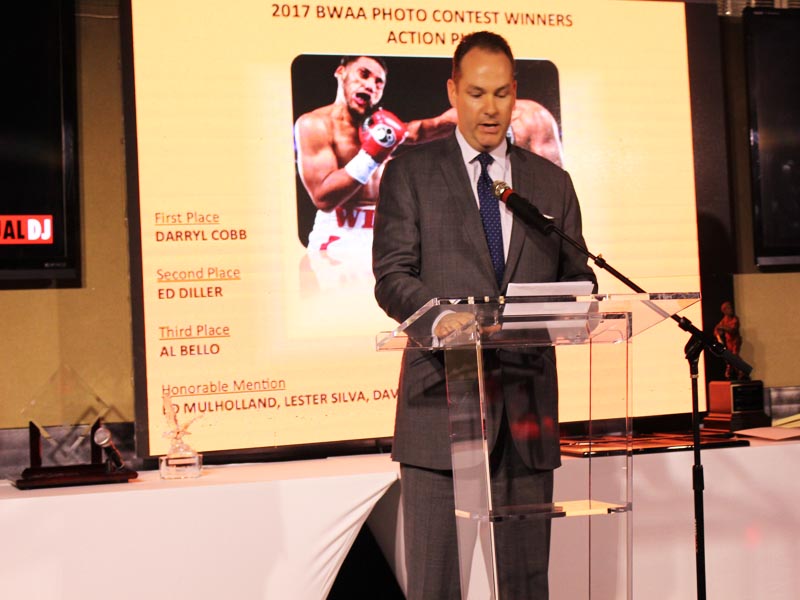 It was there that the BWAA first presented an award of its own. The year was 1938 and the award was named the Edward J. Neil Trophy in honor of one of its founding fathers, an Associated Press sports reporter who was killed on assignment while covering the Spanish civil war. 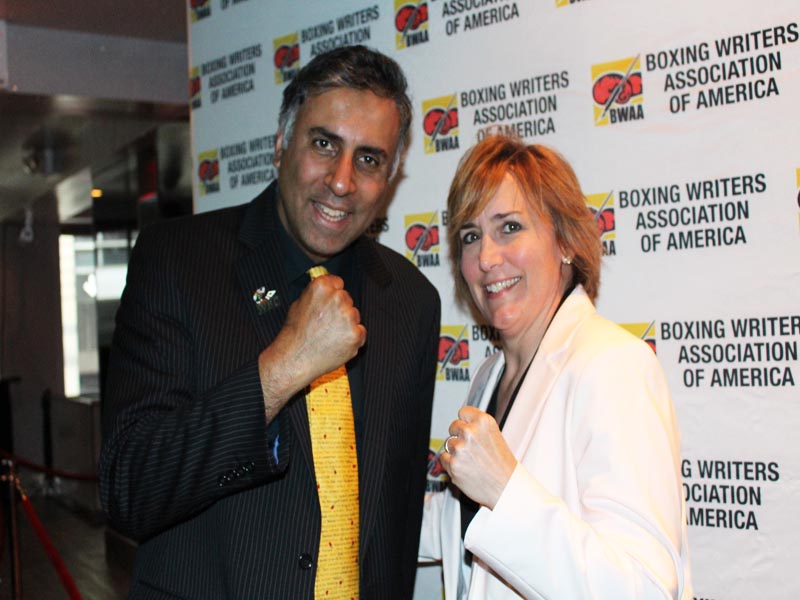 The original deed of the award stated that it be given to “an individual who did the most for boxing in the previous year.” The first honoree was former heavyweight champion Jack Dempsey, who had been retired for several years. Gradually, the award went to those voted Fighter of the Year. 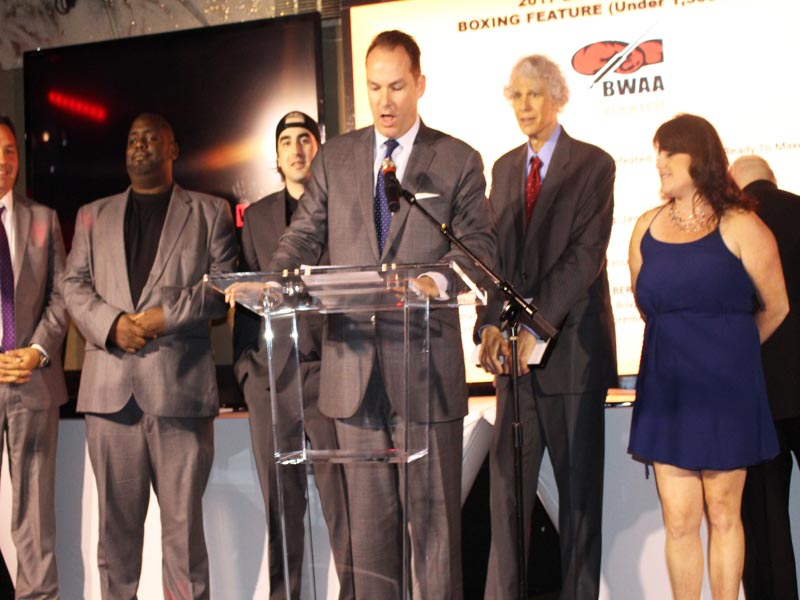 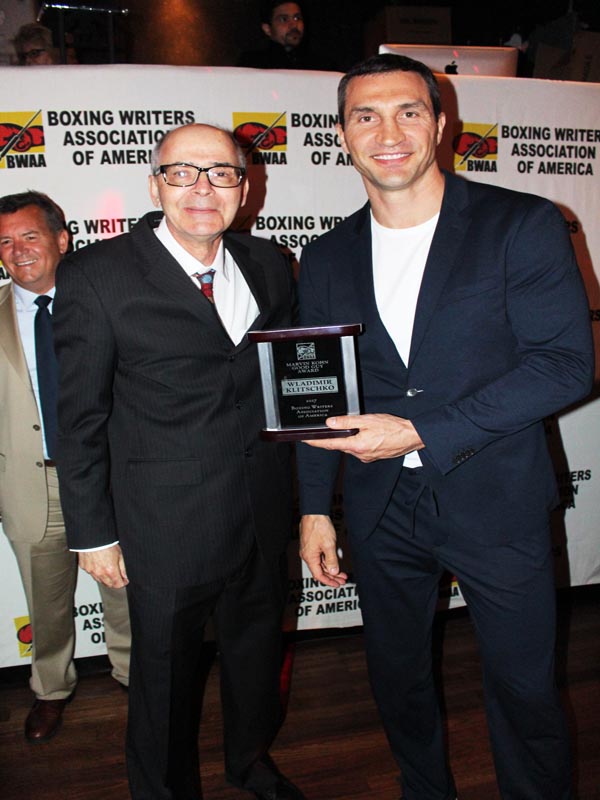 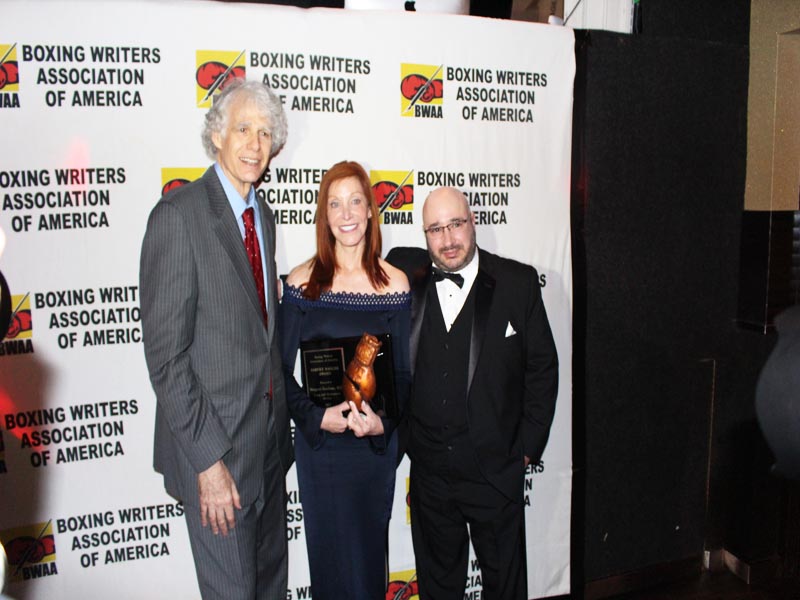 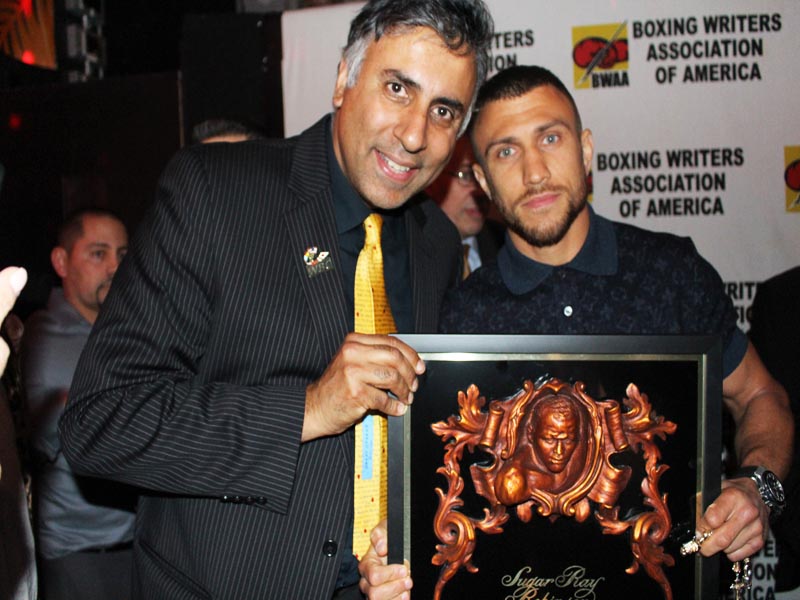 Dr.Abbey with Vasiliy Lomachenko Winner of The Sugar Ray Robinson Award for Fighter of The Year 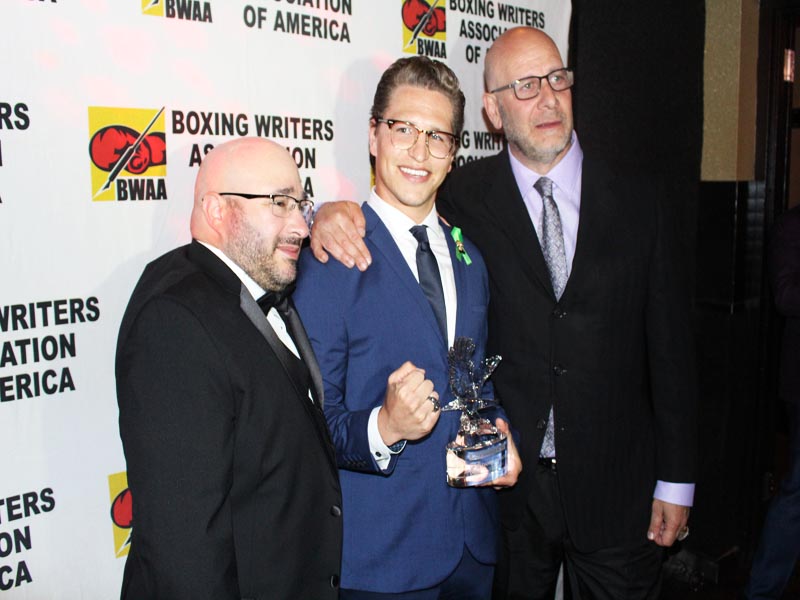 Annual dues for membership are $40, or a sum to be determined by a vote of the officers and board of directors, for both full and associate membership. Dues should be payable upon submission of a member’s end-of-the-year award ballot. 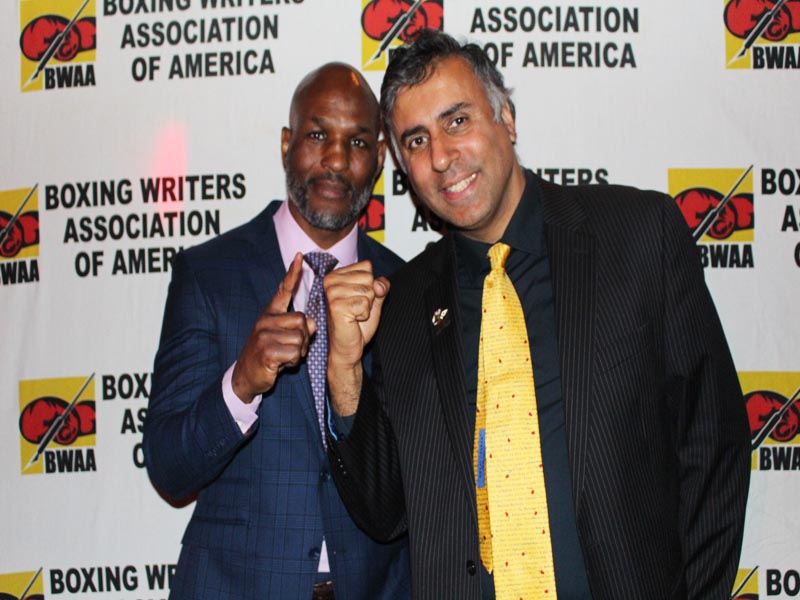 Today, with members nationwide and from several countries, the BWAA has moved into the 21st century representing print and online journalists. 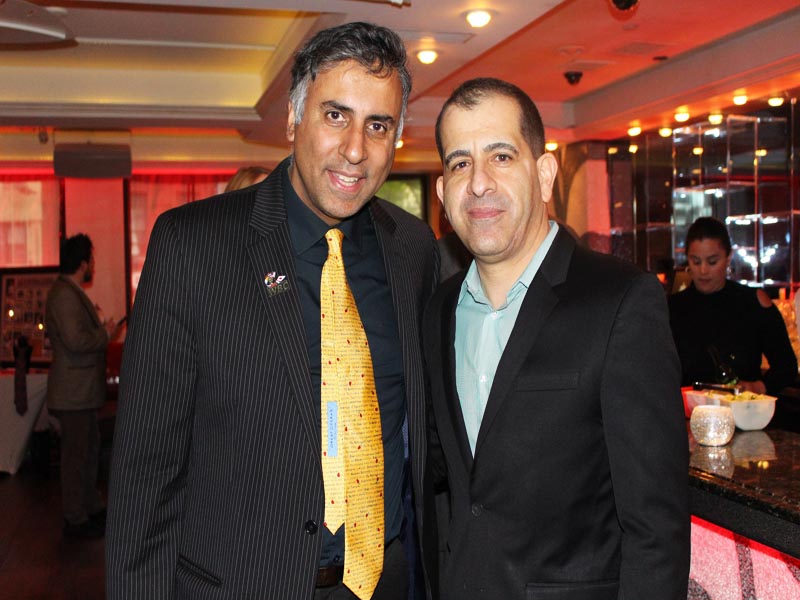 The Boxing Writers Association of America is proud to announce its 93rd Annual Awards Dinner  took place on Friday, May 11, 2018, at the Copacabana in New York City. The event started with cocktails at 5:30 PM and dinner and awards at 7:00 PM. 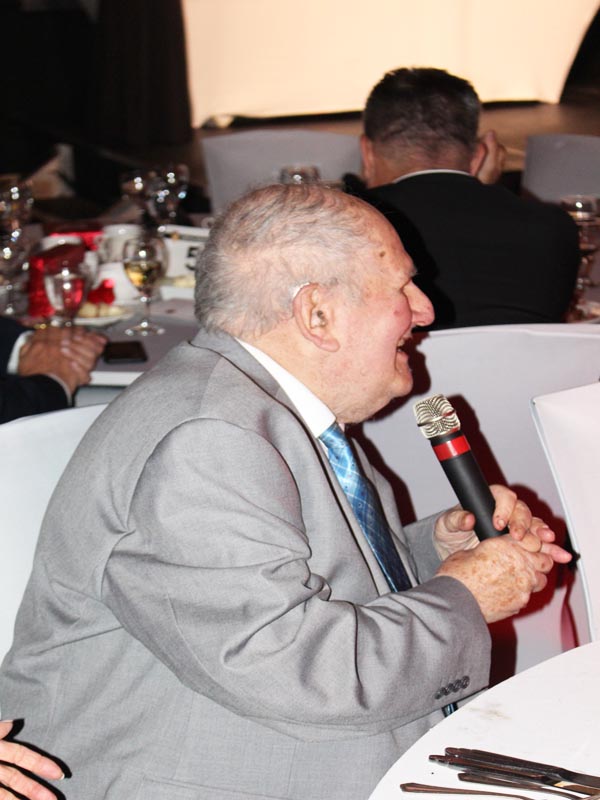 This year’s winners included: Vasiliy Lomachenko , as the Sugar Ray Robinson Fighter of the Year, and first Ukrainian fighter to ever win in the 80 -year history of the award; Cecilia Braekhus as the Christy Martin Fighter of the Year; Anthony Joshua  and Wladimir Klitschko , as the Muhammad Ali-Joe Frazier Fight of the Year recipients; Daniel Franco, as the Bill Crawford Courage award winner; Dr. Margaret Goodman , as the Barney Nagler Long and Meritorious winner; Anatoly Lomachenko, as the Eddie Futch Trainer of the Year; Lou DiBella, for the Sam Taub Excellence in Broadcasting; Mike Rosenthal as the Nat Fleischer winner for excellence in boxing journalism; Wladimir Klitschko and Ed Keenan as the Marvin Kohn “Good Guy;” and Egis Klimas as the Cus D’Amato Manager of the Year. 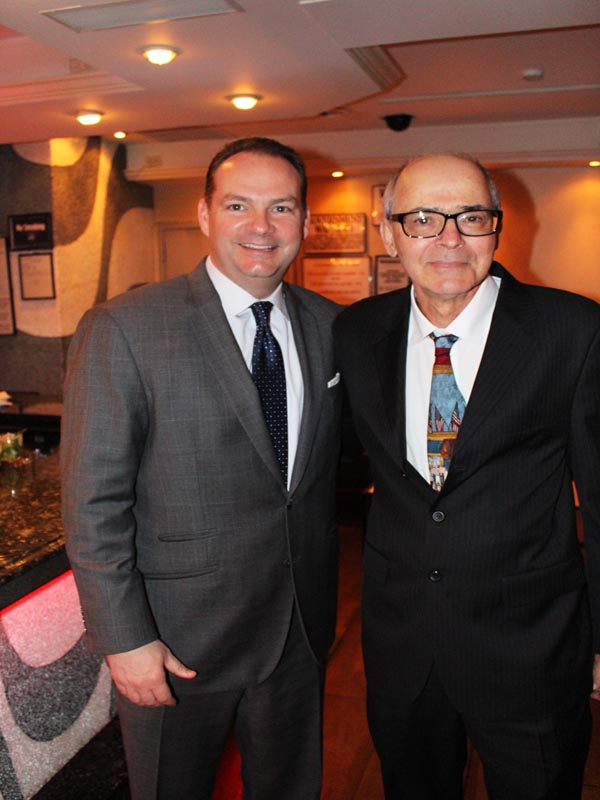 The BWAA is also proud to announce it will be honoring HBO ringside judge Harold Lederman. 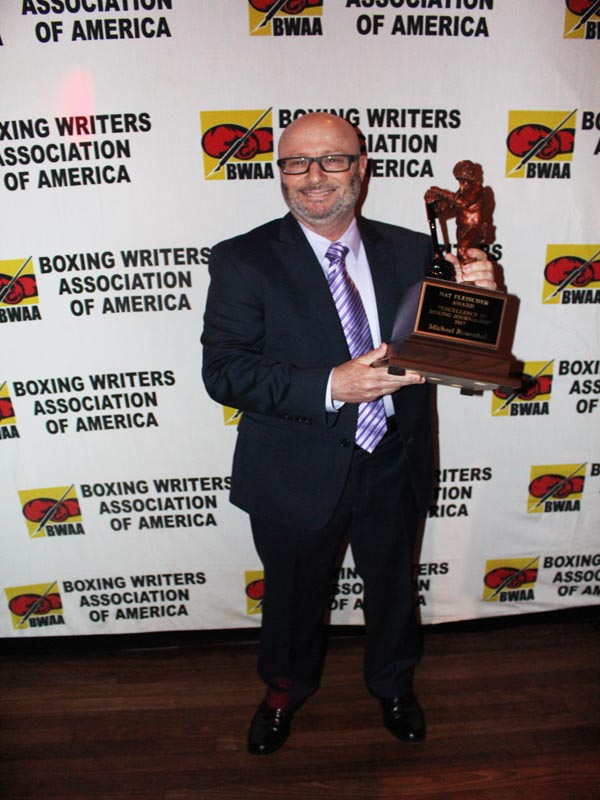