Anthony Joshua will be making his long-awaited debut in the United States as the British sensation looks to wow a brand-new live audience. Inside Madison Square Garden in New York City, the WBA, IBF, IBO and WBO heavyweight champion is set to put his titles on the line against a challenger that was chosen on short notice in virtual unknown Andy Ruiz Jr. 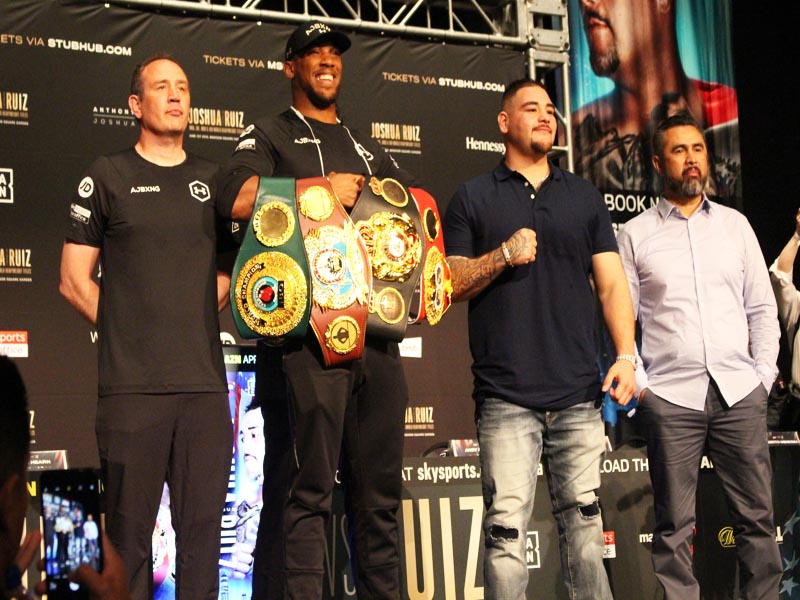 Boxers with there respected trainers

Joshua (22-0, 21 KOs) was originally slated to make his U.S. debut against Jarrell “Big Baby” Miller on the card that will be streamed exclusively on DAZN, but multiple failed drug tests by Miller brought that fight to a halt. 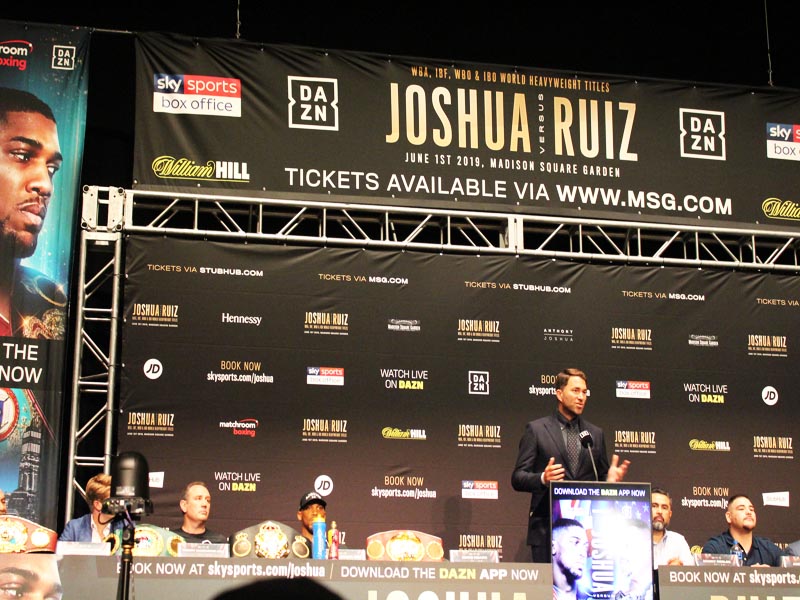 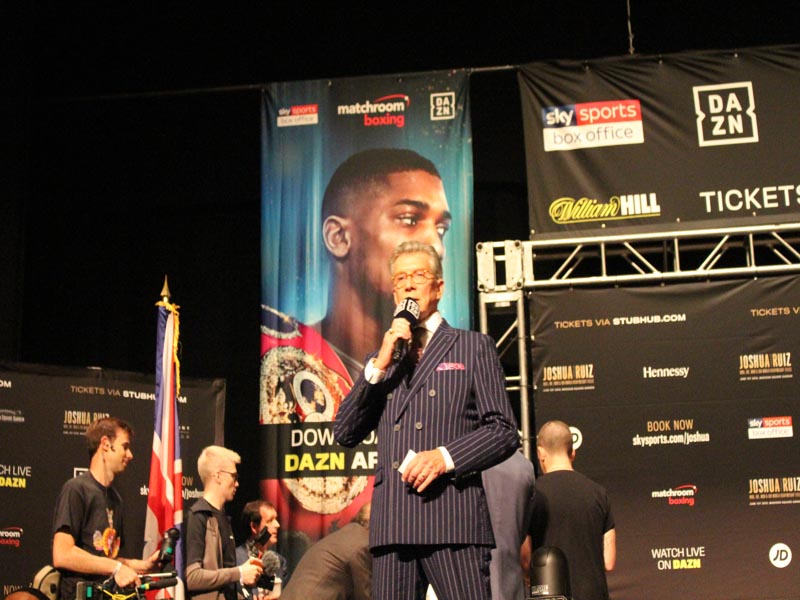 In the co-main event, super middleweight champ Callum Smith will put his belt on the line when he squares off against Haan N’Dam. Smith, the heavy favorite, is hoping to get a shot at middleweight champion Canelo Alvarez later in 2019 with a win over N’Dam. 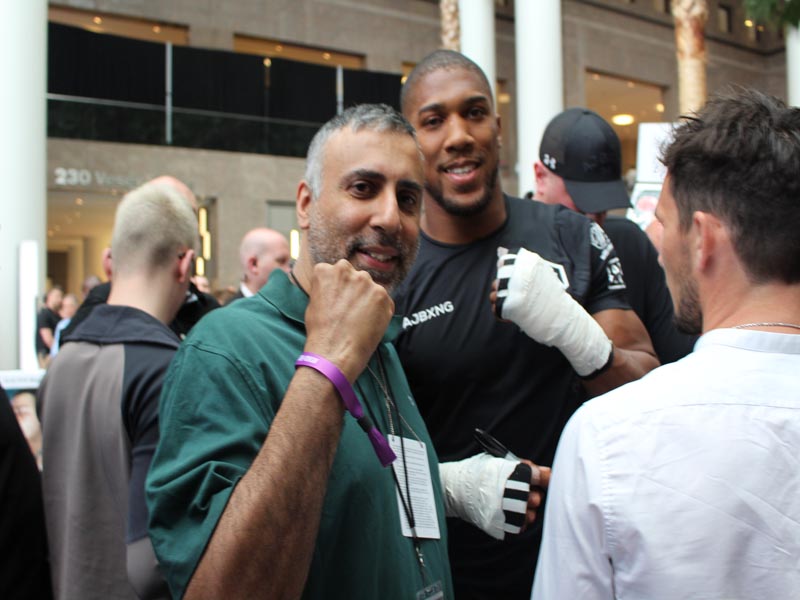 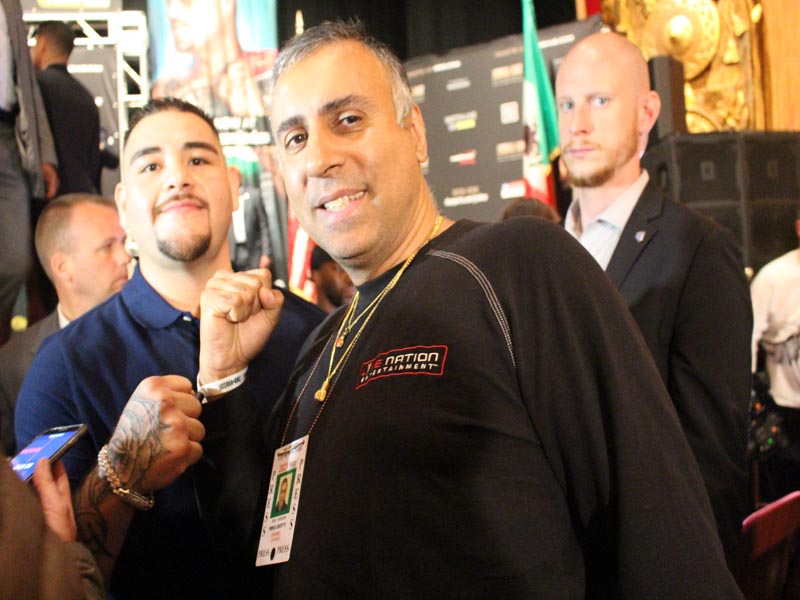 Global superstar and Olympic hero, Joshua (22-0, 21 KOs), from Watford, England will put his perfect record on the line at “The Mecca of Boxing”.  AJ will follow in the footsteps of Heavyweight greats such as Joe Louis, Joe Frazier, Evander Holyfield and Muhammad Ali when he steps into The Garden’s famed Boxing ring to challenge “The Destroyer”, Andy Ruiz Jr. 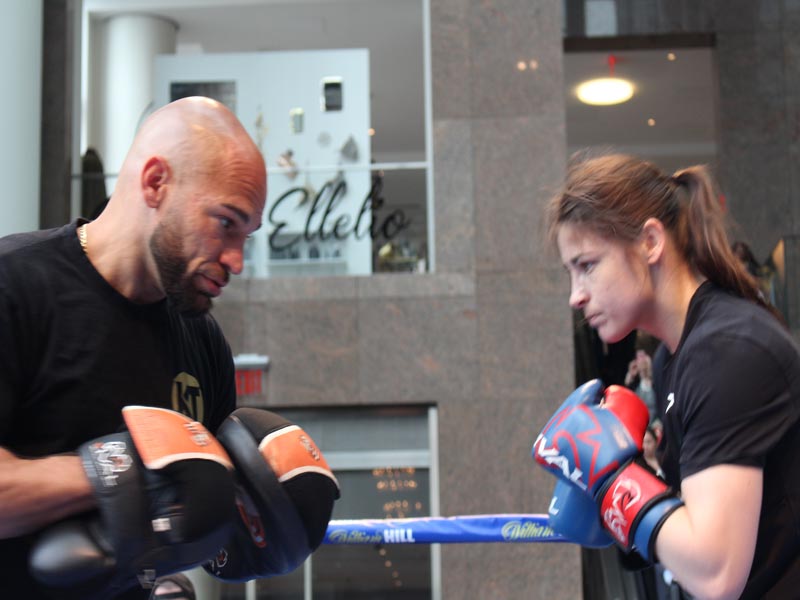 California native Ruiz Jr. (32-1, 21 KOs) will look to dethrone Joshua as the king of the Heavyweight division.  If successful, Ruiz will become the first ever Mexican Heavyweight Champion. 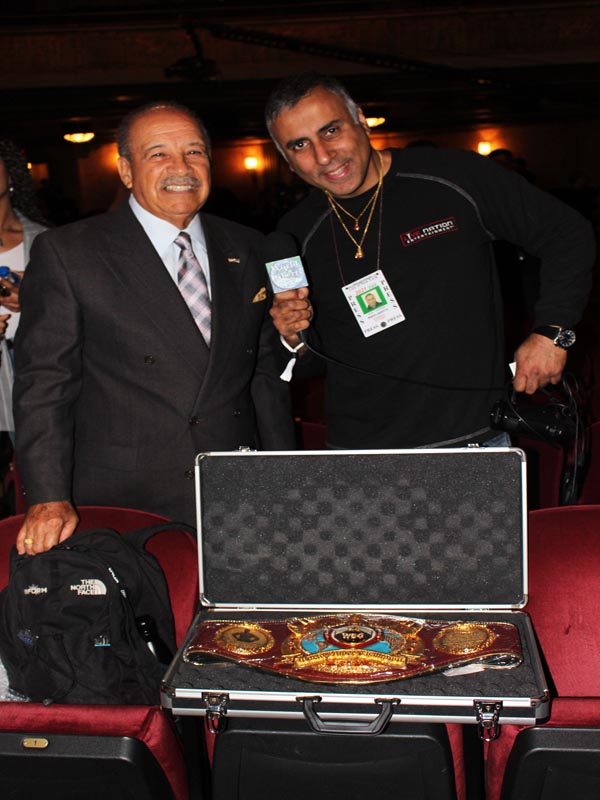 KATIE TAYLOR (13-0, 6 KOs) who will face off against WBC Lightweight Champion DELFINE PERSOON (43-1, 18 KOs) to determine the undisputed Lightweight Championship of the world.  The two champions will battle for the coveted The Ring Magazine belt – the first time the title has been on the line at Lightweight for women, another landmark moment for both fighters and the sport. 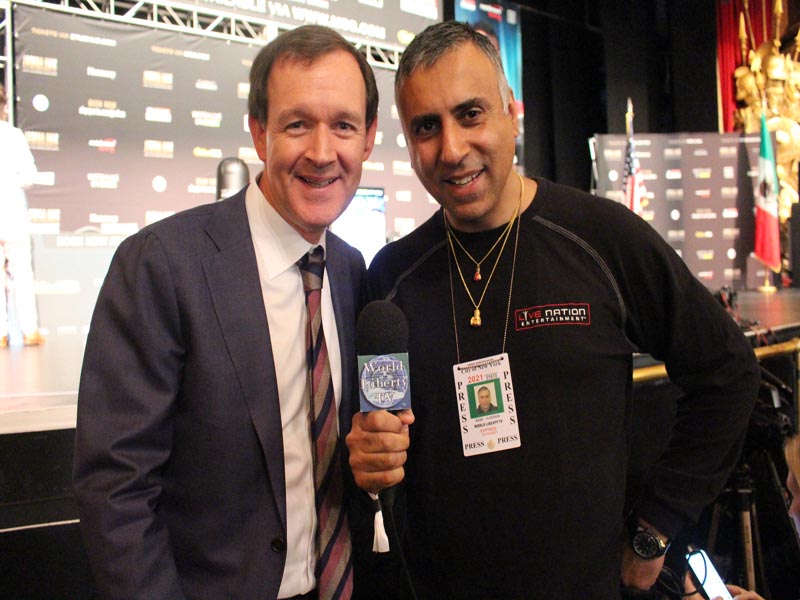 Dr.Abbey with Adam Smith Head of Boxing at Sky Sports 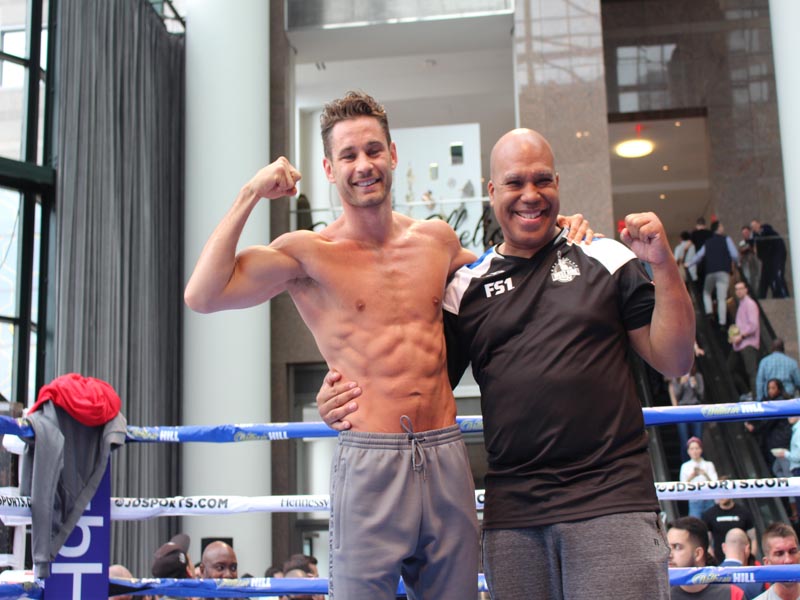 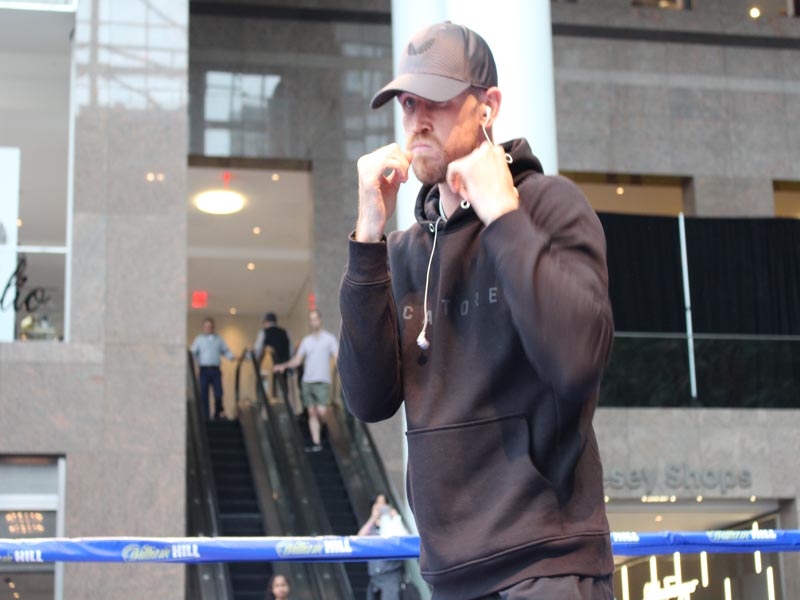 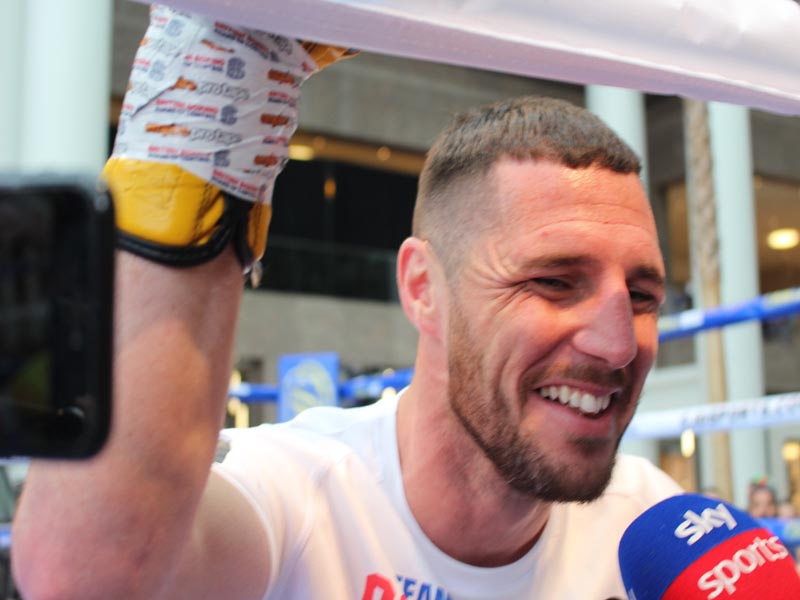 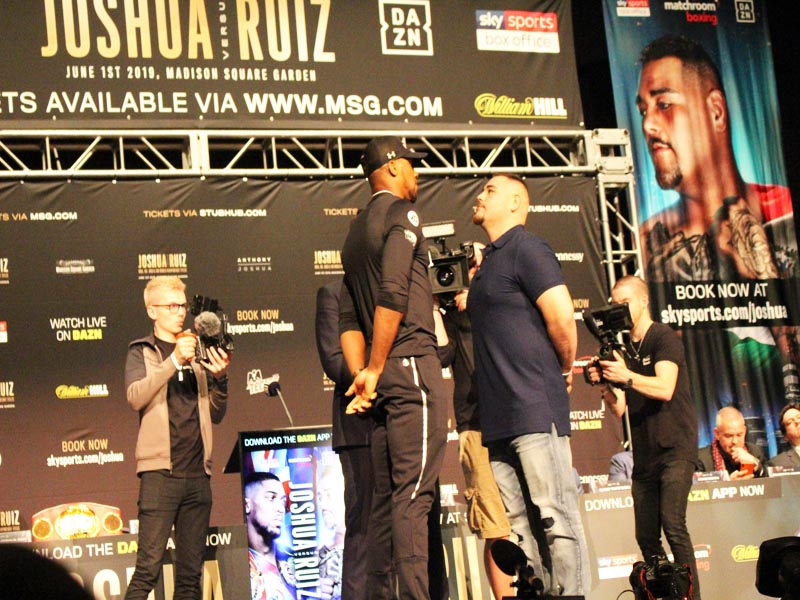 *All bouts / times subject to change. All The above fights can be see on DAZN and Skys ports Boxing . See exclusive Coverage of Press Conferences, Media Workouts and much more  in our World Liberty TV Boxing Channels by Clicking here.