Sutton Café opened in the ‘40s after WW2 under the name Soupberg.  The present owner,John Manoladis, bought the restaurant about 30 years ago and changed the name to Sutton Café. Manoladis studied to be a mechanical engineer and worked as one andLoved dining at Soupberg. 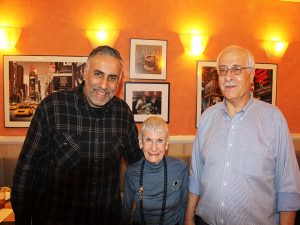 When he found out it was for sale, he bought it and changed The name. He had always loved cooking and became the restaurant’s chief chef.  That’s How a mechanical engineer is the chef!

Manoladis is Greek but the cuisine is American with some Greek influence.   Sutton Café Has an enormous menu with salads, specialties, Mediterranean specialties, paninis,Sandwiches, meat, poultry and fish entrees. 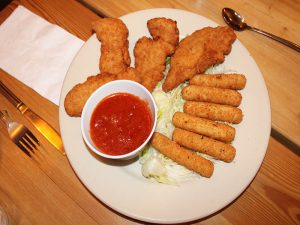 Some people love it for dinner and others Consider it their favorite place for brunch and breakfast.  Whatever you prefer, you Will find it at its best at Sutton Café.   Did I mention desserts?  Excellent.  The one thing

They do not have is a liquor license since they are across from a school and a church. It’s strictly BYOB. 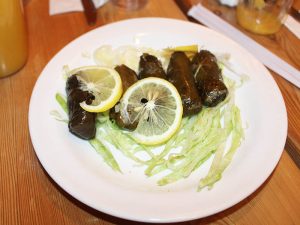 Alongside interviewing many of the leading chefs of the World, Including Rachel Ray, Chef Marcus Samuelsson, Emeril Lagasse and many more. 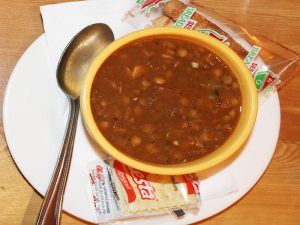 Also we had grape leaves, which tasted good. Chef Manolidis went on to say he makes the Grape leaves in his kitchen from scratch, next time when we go he will have them ready. 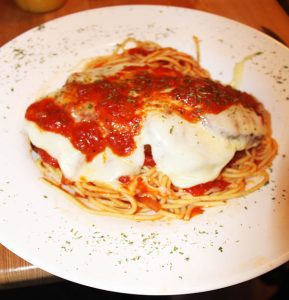 He went on to say you have to make lighter and he just makes it right. He said it took him 30 years to correct it. The sauce did taste different and was tasty, when I dipped the Mozzarella stick into it. The Lentil Vegan Soup was absolutely out of this world, tasty fresh and just right. A Vegan lovers delight.

So the main course I had was Eggplant Parmigiana, with Spaghetti, now this dish had the same sauce in it, which we had with our appetizers, the eggplant was lightly crusted cooked right with cheese melted over it. It tasted out of this world, each bite I took, it kind of melted in your mouth. 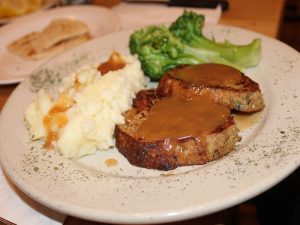 When you dug your folk into it and cut a piece to eat, it was so easy to cut in a small piece for me to eat, everything is together, the cheese, breadcrumbs and of course, the eggplant. Now I have tried many eggplant dishes, this was truly the best, which I enjoyed immensely.

Al The Eater, had Turkey Meat Loaf with Mashed Potatoes with gravy and Broccoli, he told us the turkey Meat loaf tasted, light, fresh and very healthy, it was so good he cleaned the plate with a pita bread. He went on to say, I look forward to coming back as a customer and ordering, this dish again and again. 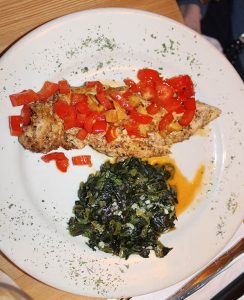 Ms. Silverberg, Publicist for the event, had the Grilled Chicken Breast, Athenian Style, marinated in fresh Garlic, Lemon and Herbs, Served with Vegetables and Potatoes. She went on to say, this was the first time she tried this dish and was very impressed in how it was cooked and tasted, it was so rich she ended taking half of it with her for lunch next day. Chef Manolidis went onto say, first thing he does when he opens up his café early in the morning he boils the Spinach and season’s it to complement the dish. 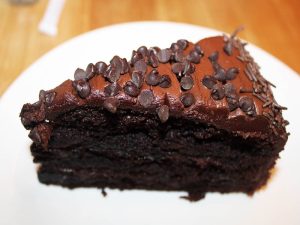 After that we had our desserts, I had a six-layer Chocolate cake, with a Cappuccino made with half and half. The Cake was fresh tasted as it just got baked, you could run your folk right through it. Some similar cakes I had at other places, were either not fresh or have been sitting for a time. Not with this cake, everything was fresh and right about it. The Cappuccino was average.

Al The Eater had Homemade Rice Pudding, with whipped cream with cinnamon sprinkled over it. He liked it and tasted the freshness in it. Only little issue he had it did not have any raisins in it. When we asked Chef Manolidis about this, he said, the rice pudding is already sweet and it was not necessary to add raisins to it. 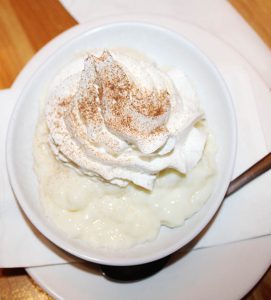 Ms.Silverberg had the creamy cheese cake, with whipped cream, she pointed out the cheese cake was very fresh and it was a pleasure to eat it.

Six Employees work at the Sutton Café and Restaurant, each and every one of them were very courteous, polite and going out of their way to help us and the customers in attendance. For instance, one of the waiters serving us, was very nice guy, cleaned the plates off the table and came around on many occasions asking us how things were, can he get us something else. 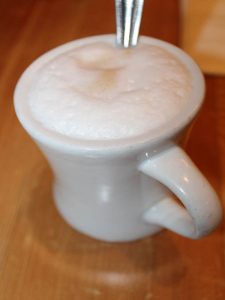 Hot Cappuccino served in a mug

We want to thank Ms. Miriam Silverberg official Publicist, for Sutton Café and Restaurant, and Chef and Owner John Manolidis for giving us an opportunity for the review.